Following Shackleton on an Antarctic Cruise 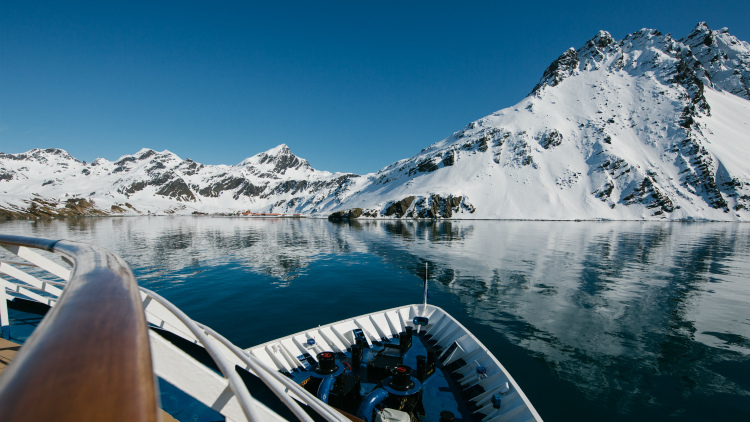 Traveling to Antarctica today means being able to see all the region highlights in two to three weeks, all while being aboard a luxury expedition ship with comfortable suites and international cuisine. It could not be farther from the conditions for early polar explorers, who had to face unwelcoming weather, dark austral winters, and the struggle for shelter and food.

On an Antarctic expedition cruise, you can comfortably follow in the footsteps of one of the greatest polar explorers of all time, Sir Ernest Shackleton. His Endurance expedition of 1914-1917 is regarded as one of the greatest stories of survival and heroism, and it comes alive at some of the most important places along his historic route.

On the eve of the Great War, Shackleton announced an ambitious plan: a Trans-Antarctic expedition. This would be the first-ever journey from the Atlantic to the Pacific via the South Pole, with more than 3000 kilometers across Antarctica. The crew of 28 men set sail from England aboard Endurance in 1914.

The path towards Antarctica from South Georgia brought Shackleton to the Weddell Sea. When approaching the continent, Endurance was quickly confronted with massive ice floes. After drifting with the solid pack ice for the next ten months, the ship was finally crushed and sank in the Weddell Sea.

You can see the infamous Weddell Sea pack ice for yourself on certain cruises to Antarctica. You can also get a glimpse of the huge tabular icebergs that became very familiar to Shackleton and his crew. 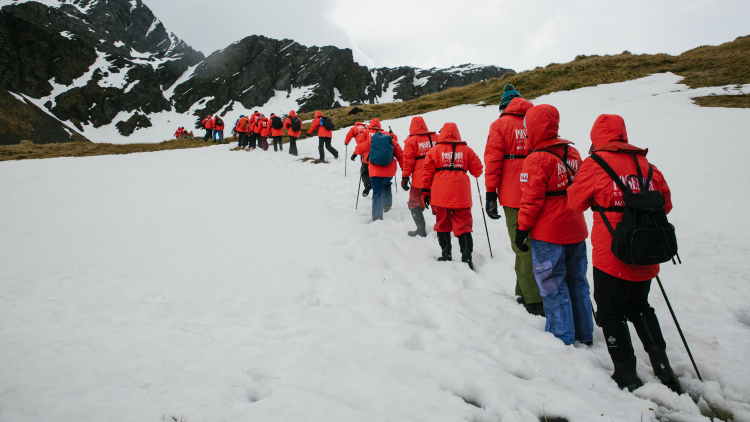 After the sinking of Endurance, Shackleton and his crew camped on the drifting ice for another five months until the ice floe underneath them broke apart. They got into their lifeboats and steered a course for Elephant Island, a desolate lump of glacier-covered rock north of the Antarctic Peninsula. Along the island’s largely inaccessible coastline, they found a relatively sheltered gravel beach where they could set up camp. They named the place Cape Wild (now called Point Wild) after Shackleton’s second-in-command, Frank Wild.

Today, you have a chance to visit Elephant Island on an Antarctic cruise. Even by Antarctic standards, Point Wild is a rough and inhospitable place. Landings are usually not possible, but a Zodiac cruise is enough to give you an appreciation for the harsh conditions faced by the crew of Endurance during the four and half months they were stranded there.

Realizing there was little hope of being found on Elephant Island by a passing ship, Shackleton decided to go in search of help. He and five of his men set sail for South Georgia in a lifeboat, 800 miles (1,290 km) across the notoriously rough Scotia Sea. Shackleton later called those two weeks

On a cruise to South Georgia, you will follow pretty much the same line taken by Shackleton. However, the crossing by cruise ship takes only two days, compared with Shackleton’s two weeks. 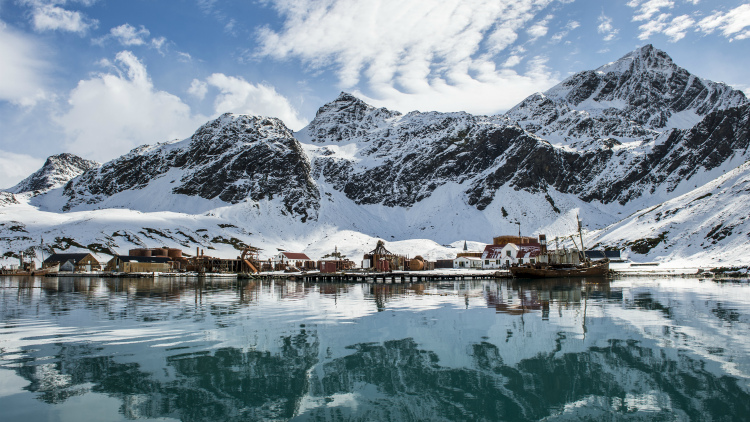 Shackleton and his men finally came ashore at South Georgia on May 10, 1916. The whaling stations were on the other side of the island, across mountains and glaciers that had never been traversed before. Shackleton and two of the men hiked 51 km over extremely hazardous terrain for 36 hours before reaching the whaling station at Stromness Bay. Rescue missions were then sent for the men left behind, all of whom lived to tell the amazing tale of the Endurance expedition.

On an expedition cruise to South Georgia, you can follow in Shackleton’s footsteps. An activity popular among cruise passengers is the Shackleton Walk, which retraces part of his legendary crossing of the mountains. Passengers are dropped off at Fortuna Bay for a guided hike along the last section of Shackleton’s route, arriving at the now-abandoned whaling station. Hikers are rewarded with stunning subalpine scenery and abundant wildlife at Stromness Bay.

In 1922, Shackleton returned to South Georgia on his final Antarctic expedition. On January 5, he died suddenly of a heart attack at Grytviken. At the former whaling station where he started his legendary Endurance expedition, you can visit the grave of Sir Ernest Shackleton, one of the greatest polar expedition leaders who ever lived.

An extended Antarctic itinerary allows you to explore all of the highlights of the Falklands, South Georgia, the South Shetland Islands, and the Antarctic Peninsula. To learn more, visit Poseidon Expeditions.