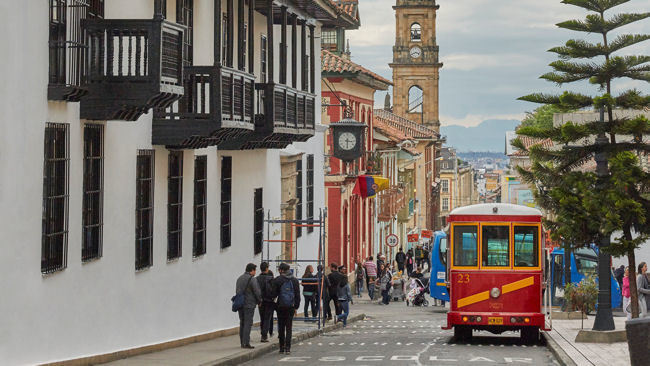 “It’s an incredible day for Bogota as we welcome guests back to Casa Medina,” says General Manager Luis Argote, who leads a team of 140 hand-picked staff, including many familiar faces. “Colombia is attracting a new generation of cultural explorers, and now Four Seasons sets a new standard in luxury hospitality with the first of two hotels in Bogota.”

The multi-lingual Four Seasons team is pleased to assist with itinerary planning for history buffs, art lovers, active families and romantic wanderers to discover the best of Bogota. Along with the city’s famed colonial-era churches, highlights include the spectacular Museo del Oro (Gold Museum) and the internationally-renowned Museo Botero juxtaposed with the highly developed Colombian graffiti culture. Four Seasons can also recommend the best places to try local cuisine in Zone G (for gastronomy) near the financial and commercial core, where the Hotel is located. The region’s pleasant climate can be enjoyed year-round at the Jardín Botánico José Celestino Mutis (Botanical Garden). 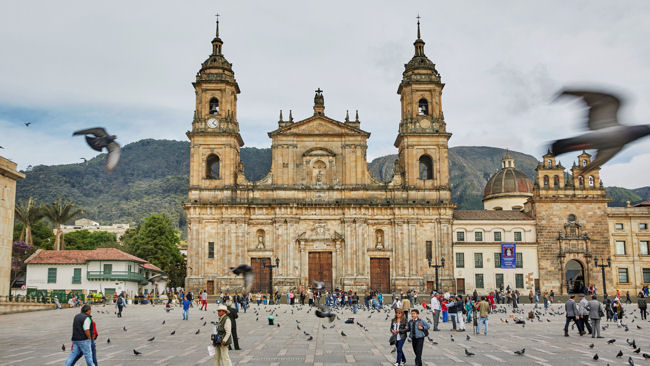 “For first time visitors in particular, we recommend taking the cable car or funicular up Mount Montserrate for a panoramic view of the city and surrounding Andes Mountains,” says Argote. “On Sundays, we encourage you to do as the locals do and take to the streets during the ciclovía, when cars are banished in favour of bicycles and pedestrians.”

Be among the first to stay in the new Four Seasons Hotel Casa Medina Bogota: In celebration of its grand opening, the Hotel is offering the Experience More package, which includes a USD 100 hotel credit, and, for more time to explore the city, the Stay Longer in a Suite – Third Night Free package.

Sixty-two rooms and suites – no two alike – are reached via the original wooden staircase, which curves sensually past bright stained glass windows depicting songbirds, a favourite motif of original architect Santiago Medina Mejia. Medellin born and Paris educated, he built Casa Medina in 1946, carefully assembling reclaimed floors, columns, paneling and ironwork to create an exclusive enclave of apartments in this fashionable area of the city. Recognised for its architectural heritage in 1984 and turned into a hotel in 1988, it soon became the chosen address for the city’s power elite to meet, and a home-away-from-home for an international who’s who from rock stars to industry leaders and heads of state.

Now, with restoration by architect Milena Vargas and original architectural details enhanced with residential-style furnishings and a collection of traditional and contemporary artwork selected by designer Lauren Rottet – plus the addition of myriad conveniences for the modern traveller – Four Seasons Hotel Casa Medina Bogota takes its place among the finest luxury hotels in the world.

Street-side see-and-be seen outdoor seating flows effortlessly into a tapas bar offering freshly brewed Colombian coffees and tapas, as well as bocatas and cocas (Catalan-style pizzas) to go. Further inside in the main restaurant, guests will find a lively environment under a glass atrium warmed by radiant heat beneath a new Spanish tile floors, plus a cosy courtyard with a large stone fireplace for chilly evenings.

Executive Chef Pablo Peñalosa, who arrived in Bogota from his hometown of Mexico City by way of Michelin-starred El Celler de Can Roca and Martin Berasategui in Spain, is adding some spice to the menu of Spanish specialties, and Four Seasons veteran Chef de Cuisine Lucas Curcio offers dishes learned from his Spanish grandmother. Arroces (risotto and rice dishes), bocatas (sandwiches on oven-baked breads), ensaladas (salads), and carnes y mariscos (meat and seafood), plus a chalkboard listing of shareable tapas showcase locally-sourced ingredients. At the bar, sangrias are featured alongside the housemade gin-and-tonics that are currently so popular in Spain and Portugal. For postres, signature churros and tortes are recommended.

An array of event spaces includes the Casa Medina Room for up to 120 guests to dine or 175 for a wedding reception or business function. The elegantly refurbished El Nogal and La Merced rooms offer additional flexible meeting options.

Return guests will feel at home in the Los Rosales room, formerly Casa Medina’s restaurant and now a unique setting with restored wooden floor, original panelling, gracious stone columns and a photo-worthy staircase winding up to an iron-railed loft. It can accommodate groups from 25 for a meeting to 50 for a party.

Guests of Four Seasons Hotel Casa Medina Bogota will find a private oasis of well-being in the serene Spa, and those who don’t want to sacrifice fitness when travelling can work out in the fully-equipped 24-hour gym.