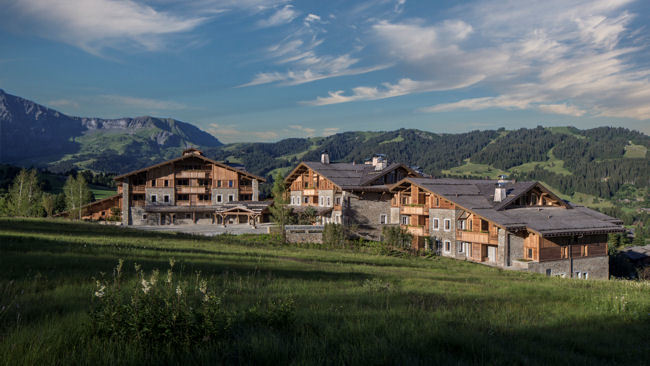 The all-new slopeside hotel is conceived as a modern interpretation of the traditional Alpine mountain resort, with everything that families, couples and friends travelling together imagine in memorable ski holidays or hiking through blooming Alpine meadows, from days besting 136 groomed snow runs or kayaking in mountain valleys, to evenings savouring cocktails, hot chocolate or cigars by the fire in what promises to be this charming area’s chicest après-ski scene.

“Megève has been a popular destination for generations of in-the-know skiers and lovers of the outdoors. Now, with the debut of Four Seasons in the region, holiday makers can look forward to a new level of personally customised service within the contemporary comforts of an all-new hotel,” says General Manager François Arrighi.

Also making its debut on December 15, 2017 will be the new location of Le 1920 restaurant within Four Seasons Hotel Megève. The two-Michelin starred restaurant, already a favourite of locals and annual visitors to Megève, will continue to offer the finest in seasonal cuisine by Chef Julien Gatillon.

Hotel features also include four more dining and drinking venues with large terraces for enjoying sunny winter days and long summer evenings, a luxurious spa with fitness centre and heated year-round indoor-outdoor pool, and separate dedicated facilities for kids and teens. In addition to the many services and thoughtful amenities found at Four Seasons around the world, guests in Megève will have access to an in-house ski concierge and comprehensive ski valet services in winter, as well as preferred access to the Mont d’Arbois Golf Course located next to the Hotel for some of the region’s best golf during the summer season.

Be among the first to experience Megève in signature Four Seasons style: Four Seasons Hotel Megève presents the Grand Début offer, featuring 20 percent savings on the regular room rates between December 15, 2017 and April 15, 2018 for a limited time only.