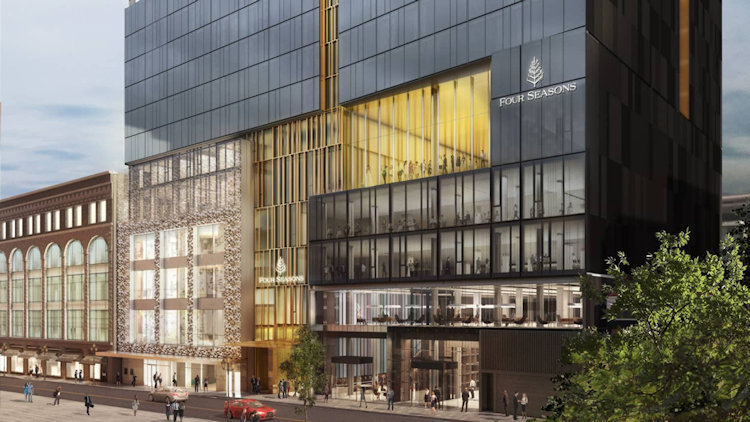 “We are so excited to join with our community in welcoming Formula One fans from around the world for the 2019 Montreal Grand Prix taking place June 7 to 9.  The event virtually takes over the city, and we’ll be right there in the middle of it,” says Four Seasons General Manager Gonçalo Monteiro.  “And that’s just the beginning of what promises to be a summer to remember in Montreal.”

From June 27 to July 6, 2019, the eclectic Festival International de Jazz de Montréal takes place across 20 stages around the city, followed by the always star-studded Just for Laughs Festival from July 10 to 28, 2019, ushering in the best time to enjoy the city’s abundant nightlife, cultural activities and historic neighbourhoods. For shoppers, Four Seasons couldn’t be better positioned, having direct access to the adjacent Holt Renfrew Ogilvy from its third floor lobby.

Also arriving in Montreal this spring is MARCUS, a new concept and the first Canadian restaurant by internationally renowned chef and restaurateur Marcus Samuelsson.  Flowing in and around the Hotel’s reception and lobby is a series of indoor and outdoor spaces conceived by Montreal designers Atelier Zébulon Perron as a setting for downtown’s most fashionable dining, drinking and socialising.

Be among the first to experience Four Seasons Hotel Montreal: Hotel reservations maybe be made by calling 1 800 819 5053 or booking online.

Wedding couples and event planners are invited to contact Four Seasons for inquiries and to arrange pre-opening site tours.