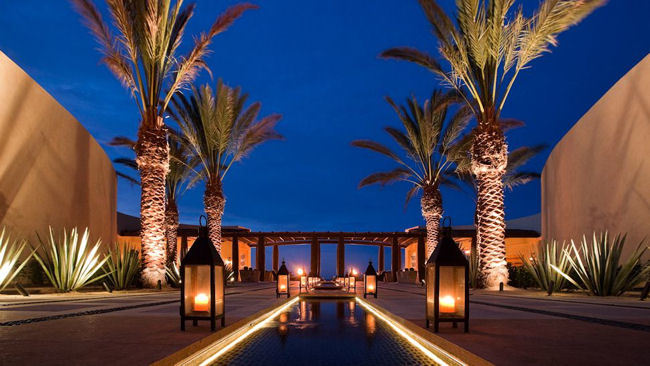 John Legend and The Roots lit up the stage performing songs from their recent five-time Grammy nominated album, "Wake Up!" followed by Joss Stone's soulful vocals of crowd favorites such as, "Tell me Something Good," and The Roots' "You Got Me."

Concert attendees and resort guests were seated in a lounge-like setting of couches, beach cushions and low-rise chairs, giving a relaxed, living room feel to the night's festivities. The artists performed on a circular stage suspended over a rock pool near the crashing waves of the Pacific.

Capella Pedregal occupies one of the most coveted parcels of land in Cabo San Lucas – 24 beachfront acres at the southernmost tip of Mexico's Baja California Peninsula, near the legendary rock formations known as Land's End. The prized and secluded cliffside setting where the Pacific Ocean meets the Sea of Cortez, reveals an intimate oceanfront hideaway, with just 66 guest accommodations each with a private plunge pool and view of the Pacific, affording an unmatched standard of personalized service.

The evening earned rave reviews for its intimacy and star-lit ambiance from attendees, who are eagerly awaiting word of the artists who will perform the next concert, which will be announced in early 2011.