5 Ways To Add More Value To Your Yacht 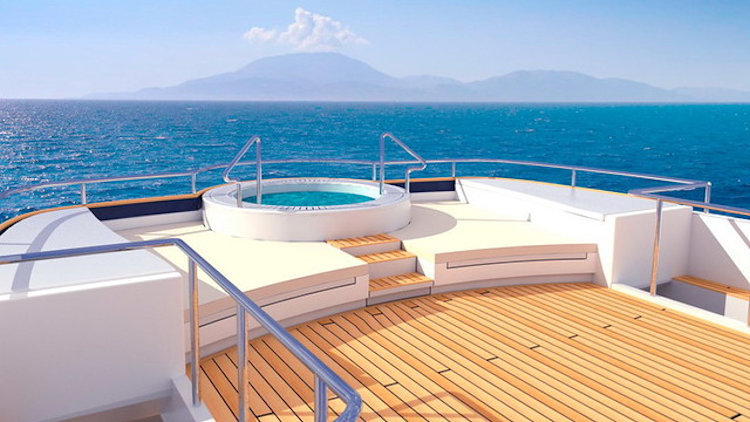 Actively enjoying your yacht is one thing, but upkeep is also important. And as part of that process, you can also focus occasionally on finding creative ways to add value to your vessel. They might require some funds to implement, naturally, but you’ll find that these additions to your yacht will not only increase its value, but may make it even more enjoyable as well.

Let’s take a look at some of of what we're talking about.

One of the most exciting things you could add to your yacht is a glass floor. Some times referred to as viewing platforms, these are fairly common features on tourist ocean liners - but not necessarily fixtures on the average private yacht. Basically, the idea is simply to have a room or an area of your vessel where the floor is custom-converted to glass (or clear fiberglass), allowing passengers to look down and see directly beneath the boat. Frankly it can be cool if you just leave it at that - like a reverse sunroof for your yacht. But when you factor in the underwater flora and fauna you might witness while drifting slowly through a vibrant section of the sea, it can really be an exceptional addition to the yacht.

Poker’s been making a bit of a comeback of late, perhaps due to the fact that it's easing back into the U.S. entertainment market. New Jersey's new poker sites are reintroducing the game, which was largely banned years go across America. Now though, poker is back in vogue, which makes this a perfect time to build a card room into your yacht. If you simply want to make the game an option, you can buy a weatherproof, collapsible table and a set of chips and set up a top deck such that it can support a four- or five-person poker game. If you really want to go all out though, you can design a whole room with multiple poker tables, card holders, and related decorations and accessories, effectively turning your yacht into a miniature offshore casino!

When you’re out on your yacht, you’ll be surrounded by water to begin with (obviously), but for the most part it's going to be quite cold. It’s refreshing to go for a dip when you find a safe spot, sure, but it's not exactly the same as lounging in a hot, calming jacuzzi. That's why you should consider installing one on your yacht. It won't be cheap, and upkeep can be tricky, but a jacuzzi will also add an extra bit of luxury to the vessel, and boost its overall value. Plus, who wouldn’t love to enjoy a warm, relaxing soak at after a few hours out on the sea? You can even enjoy it at night under a sky full of stars.

What’s better than having a yacht of your own? These days, the simple answer is having a yacht of your own that has its own dedicated high-speed Wi-Fi network. Thankfully, there are plenty of companies that specialize in setting this up. Getting a wi-fi network installed on your boat will increase its value in most anyone’s eyes, and allow you to head out on your ocean excursions without having to totally disconnect from the world. Some may view this as something of an intrusion on the peaceful concept of yachting, but these days many would even consider it unsafe not to have internet access during a prolonged trip.

One of the best additions there is for any boat, let alone a yacht, is a little-known device called a gyro stabilizer. A gyro stabilizer looks like a huge, swaying orb, and is usually located at the center of a boat. This device will essentially gauge the vessel's balance, and make it, amazingly, so that the boat experiences minimal rocking and swaying due to waves and wind. It can make your yachting more stable, give you a fun talking point and something to show off when you have guests, and potentially even eliminate seasickness concerns for those who would be susceptible.

Any and all of these different bonus additions to a yacht can go a long way toward making it that much more valuable. So keep them in mind the next time you think about giving your yacht an upgrade!