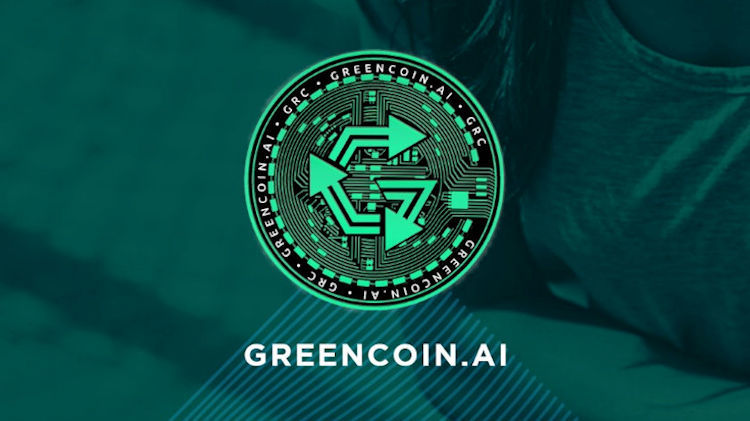 As decentralized currency became the darling of modern consumers throughout 2021’s record-setting year for the industry, more and more novel cryptocurrencies have been popping up as a result, looking to make a splash in the growing market. Still, there are major issues with major cryptocurrencies like the well-documented devastating environmental effects, including huge greenhouse gas emissions and massive energy consumption levels, which have prevented many eco-friendly consumers from full adoption of the burgeoning industry. Looking to rewrite this narrative is GreenCoin.AI (GRC), an innovative platform utilizing its solar-powered GRC coins and a carbon-neutral ethos to usher in a new era of sustainable cryptocurrency transactions upon its market debut in the first quarter of 2022.

While long-time players in the crypto space, such as Bitcoin and Ethereum, have gained major traction and increased their user base throughout 2021, this same spike in participation is estimated to grow the industry’s exorbitant energy usage in tandem, exploding consumption that already rivals major countries like the United Arab Emirates and the Netherlands toward new levels of environmental damage. Rather than sticking to the same methodology and consuming the same large quantities of energy of its rivals, GreenCoin.AI (GRC) looks to establish a new-norm of industry eco-friendliness upon its market debut, using solar power to mine its GRC coins and giving consumers peace of mind with its consistent carbon-neutral target.

With GreenCoin.AI (GRC), a focus on user well-being transcends far beyond sustainability and toward a concentrated effort toward physical and financial prosperity. Through the platform’s one-of-a-kind ‘burn-to-earn’ methodology, GreenCoin.AI (GRC) members earn GRC coins as easily as hitting the gym, gaining rewards for each calorie burned. These same winnings can later be exchanged for the ecosystem’s in-platform rewards, like personal training sessions and fitness classes, or similarly cashed-out in a user’s preferred Fiat, adding a uniquely remunerative twist to working out.

Blending sustainability, physical health and financial prosperity into one unique package, GreenCoin.AI (GRC) has created one of the most user- and eco-friendly platforms available in the cryptocurrency sector, setting a new standard for the industry and encouraging its members to use their own inherent powers for good.

To learn about how to invest and trade Ethereum, you need to do some research first on why there is an obligation to understand this platform before investing.

This article is provided for informational purposes only and should not be interpreted as investment advice. All investments involve risk of loss. Any reference to an investment’s past or potential performance is not, and should not be construed as, a recommendation or as a guarantee of any specific outcome or profit.

Any predictions expressed in this article are based on simulated or hypothetical performance results that have certain inherent limitations. Unlike the results shown in an actual performance record, these results do not represent actual trading. Also, because these trades have not actually been executed, these results may have under-or over-compensated for the impact, if any, of certain market factors, such as lack of liquidity. Simulated or hypothetical trading programs in general are also subject to the fact that they are designed with the benefit of hindsight. No representation is being made that any account will or is likely to achieve profits or losses similar to these being shown.