Harry and Meghan Spotted at The Carlyle's Bemelmans Bar 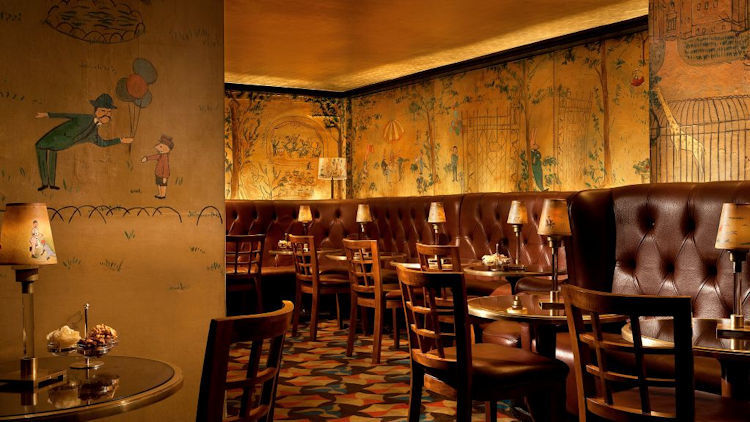 Harry and Meghan were spotted enjoying drinks at The Carlyle's swanky bar, Bemelmans, with friends Misha Nonoo and Mikey Hess ahead of their appearance at Global Citizen Live Saturday in Central Park. They are staying at the hotel for a three-day visit to New York.

The piano bar which opened 75 years ago has been frequented in the past by Bono, Mariah Carey, John Mayer, Billy Joel, among others and Princess Diana was known to be a regular guest at The Carlyle, known as New York's 'Tower of Power' which enjoys spectacular roof top views of Central Park. 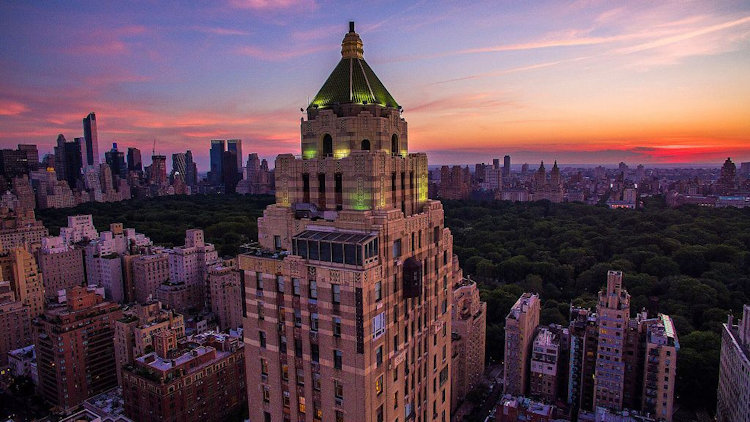 Bemelmans Bar (@bemelmansbar) debuted a new signature cocktail menu in May including drinks such as Elaine’s Smokey Martini and Madeline’s Vesper, in addition to all the traditional choices from Martinis to Manhattans.

Live music is featured nightly from 6:00 p.m. to 9:00 p.m. with pianist and composer Earl Rose on Sundays, Mondays, and Tuesdays; pianist and singer Rob Mosci on Wednesdays and Thursdays; and jazz pianist and vocalist Loston Harris will perform Fridays and Saturdays. Bemelmans Bar and The Gallery is open daily from 4:00 p.m. to 12:00 midnight with menu offerings including dishes such Montauk Fluke Ceviche, Herb Crusted Lamb Chops and Croque Monsieur.

The Carlyle, situated at the corner of Madison Avenue and 76th Street, has been a classic landmark of Manhattan’s sophisticated Upper East Side since 1930. Located just one block from Central Park, The Carlyle is a 35-story, 190-room hotel and is surrounded by galleries, designer boutiques and the city’s most popular art museums. The original Art Deco design by Dorothy Draper is blended with the legendary American style of Mark Hampton providing a true home-away-from-home feel. Many of the accommodations have been updated further with a more contemporary flair from designers such as Tony Chi, Alexandra Champalimaud and Thierry Despont. Embracing a passion for the arts, pianos grace many of the suites, and most tower rooms have views of Central Park. The Carlyle is also home to the celebrated Café Carlyle and the famed Bemelmans Bar and offers visitors a whimsical experience into an undefinable era of glamour.