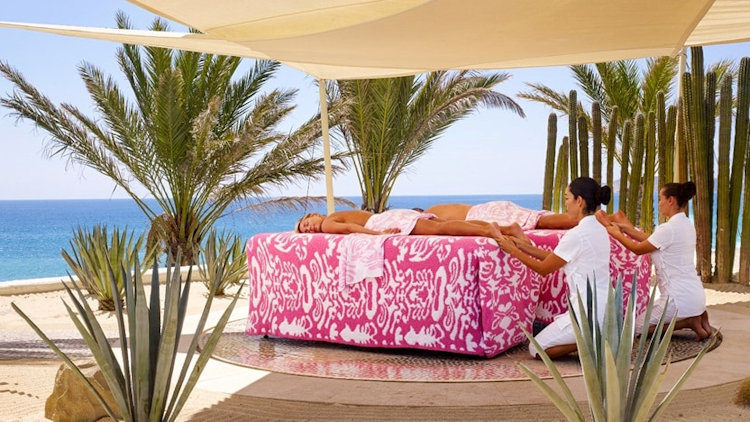 The editors behind Hideaway Report have shared nine hospitality travel trends that are prevalent from what they've seen come up in the travel industry. Hideaway Report has provided curated travel content for their members through the delivery of independent editorial reviews and recommendations of the most incredible hideaways and experiences around the world for the past 40 years.

Vacations spent poolside or lounging on a beach have been replaced by trips full of excursions and activities. People want to return home with stories to tell (and social media feeds full of enviable photos). More and more hotels offer complimentary yoga classes, for example, as well as other active experiences such as hiking, biking and kayaking. Today’s Americans seem to quickly tire of just sitting around.

Of course, even the most active vacationer likes to relax from time to time, and spas have proliferated. Indeed, whereas spas were once the purview of a dedicated wellness resort, a spa is now almost a requirement in a luxury hotel. Even many small urban hotels have added steam rooms and treatment suites.

Baths used to be simple and self-contained, but today’s luxury travelers expect ever more spacious facilities and baths keep on expanding. As one hotel manager put it to me: “People spend hours in the bath, but bedrooms are mostly just for sleeping.” When space doesn’t permit a sizeable stand-alone bath, elements of it encroach on the rest of the room. Tubs in the bedroom have become commonplace. The most extreme example of this trend was a suite at the Lešić Dmitri Palace in Korčula, Croatia, where was no “bath” at all. Its elements — sinks, tub, shower — all stood separate from one another, scattered about and completely integrated into the rest of the room!

Sometimes I feel like room technology peaked with the master light switch. But determined to get a leg up on the competition, hotels insist on adding more and more “conveniences,” notably tablets. In many rooms, these devices now allow one to do everything from close the curtains, to change the temperature, to order room service. They can be useful, certainly, but just as often they’re more trouble than they’re worth. A related trend I’ve noticed is the extinction of room phones, with the expectation that guests will use their own mobile devices. This is not a concern in the United States; but abroad, where data and calling charges may apply, this trend is more irritation than innovation.

Numerous luxury hotels have emerged from renovations with lower room counts. An increasing demand for junior suites and suites has encouraged properties to combine smaller rooms into larger accommodations. Stereotypically, Europeans have a relatively high tolerance for small hotel rooms, which makes me think that American travelers are driving this trend.

Now that hotel restaurants, even in cities like New York and Paris, have become top dining destinations for locals and travelers alike, it can be easy to forget how, well within living memory, hotel restaurants were to be avoided at all costs. They used to be overpriced bastions of the boring, reserved for timid tourists and those dining at off hours - not so anymore. Just three of Hideaway Report's recommended hotels in Paris, for example — Le Bristol, the Plaza Athénée and the Four Seasons George V — boast a combined total of 11 Michelin stars! Many hotels have become “worth a special journey” simply because of their restaurants.

The differences between Blackberry Mountain in Tennessee, where Hideaway Report recently stayed, and Blackberry Farm, a longtime Hideaway Report favorite, exemplify how resort dining has begun to change. Whereas the acclaimed restaurant at Blackberry Farm draws more of an older clientele and serves mostly rich, indulgent, Southern food, the new dining room of Blackberry Mountain attracts younger customers with lighter, healthier cuisine, enlivened by flavors from around the world. Maintaining healthy habits even while on vacation has become a significant trend.

Only in recent years has the luxury travel world started to seriously take an interest in sustainability. The trend has some small annoyances — signs scolding one to reuse towels come first to mind — but dedication to environmental stewardship and community investment is a welcome development. Luxury ecolodges and safari camps around the world protect untold thousands, perhaps millions, of acres of pristine environment from logging, farming and other less-sustainable uses. Many properties also make an effort to hire as many local people as possible, and/or use some percentage of their profits to support schools, clinics and conservation efforts.