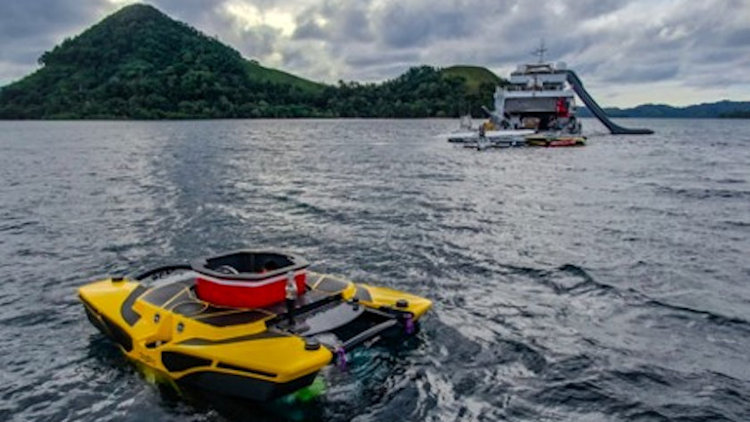 Cookson Adventures has seen a rise in demand for 'educational travel', with many looking to make up for time lost in 2021.

On these “legacy” style trips, the Cookson team looks to bring along specialist adventure guides who double-up as tutors, so that every detail of our natural world can be highlighted to guests. It can be a great way of entertaining the children while the parents try their hands at something a little more daring, such as ice-climbing or deep-sea diving.

"This extraordinary planet has a lot to teach us, and what better way to learn about its wonders than exploring destinations with world-leading experts at your side," comments founder, Henry Cookson. "Our clients are often successful businesspeople taking time out to explore with their families, investing in teaching their children powerful lessons through travel. That’s why we often weave activities with educational value into their handcrafted itineraries."

Cookson also designs activity books where the children have featured as cartoons throughout. The books are created in-house, tailored to the child’s specific age and interests. They often have space to log what they see each day, relevant word search games, and also have lists to check-off the wildlife as they see them, such as different species of penguins they can spot in Antarctica; Adelies, chinstraps, macaronis and gentoos.

Bespoke treasure hunts, especially aboard a yacht, are a great way of incorporating lessons about a region’s culture, wildlife, geography and customs into a trip.

They are fully interactive and immersive as Cookson hires actors to become characters in the story. Explorers can search for clues using metal detectors on idyllic Fijian beaches or by using drones to look for clues marked in the sand. We also design bespoke treasure maps and clues for the family, too. Often, to build suspense, we’ve sent the first clue to the family while they’re still at home.

Fiji is particularly a great destination for this. They can hop between celebratory Polynesian banquets with the tribal chief and quiet lagoons where they can study majestic manta ray displays with scientists. And, in each chain of islands, they can meet Fiji’s warm and welcoming people and find unique cultures distinct to each group.

A family expedition along the Antarctic Peninsula

We’ve previously explored the Antarctic Peninsula with a multi-generational family looking to have a highly educational experience for the children. We invited along an adventure guide who managed a separate itinerary to that of their parents. While the adults were meeting with climate crisis scientists and hiking along the Peninsula, the children were going on treasure hunts in a kayak along the penguin-lined coastline and looking for chunks of glacial, thousand-year-old black ice to put in their drinks, learning about Antarctic geography in a very different way in which their parents did.

Earlier last year, we were fortunate enough to fit-in a submersible and private yacht expedition to the Solomon Islands. Whenever we have access to platforms such as these, we invite the region’s best experts along for two reasons: it allows them to conduct new research in areas they’ve previously not reached and, in reverse, they are able to teach our clients about the region they’re exploring.

One of the bloodiest battles of the Second World War played out in the Solomon Islands. It’s still covered in huge, sunken battleships, planes and tanks. It’s like an underwater theatre for anyone in a submersible.

Famously the battle almost claimed the life of a young John F. Kennedy, who managed to survive on a deserted island, before a message was sent back to the US Base in a coconut. We wanted to teach the children this story on the trip, so we replicated the survival experience for them across multiple islands, showing them the ways in which he survived 80 years ago.

We once immersed a family into traditional Chilean heritage in southern Patagonia. Visiting this region onboard a yacht, with a helicopter, meant that we had access to otherwise inaccessible regions. Local communities here are rarely visited, so they were delighted to show our clients their ways of life — from riding horses and sheep shearing on a traditional working ranch, to meeting with local trackers to search for pumas in the wilderness. We also prepared a meal with a local family, raising a drink together, before returning to our yacht as we sailed overnight.

Other activities on the trip included spearfishing with local fishermen, water water rafting on the Futaleufú River and kayaking alongside dolphins.