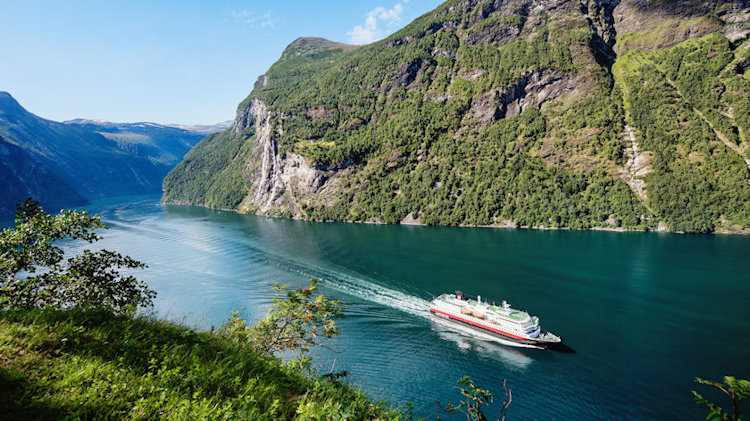 After a successful return to sailing last month, Hurtigruten has released its plans to further ramp-up operations with the return of 14 of 16 ships in August and September. In addition, Hurtigruten launches a series of new itineraries in the British Isles over the upcoming months and a a first-ever,  all-inclusive Norway expedition package.

Hurtigruten marked the return of cruising as MS Finnmarken became the first ocean cruise ship in the world to return to sailing with her June 16 departure. With limiting capacity and strict hygiene measures, Hurtigruten currently operates five ships on international and domestic Norwegian itineraries.

The world’s largest expedition cruise company has stepped up its rebound strategy, with plans to bring 14 of their 16 ships back in operation by the end of September including:

In June, Hurtigruten also announced its 2021 plans for year-round expedition cruise departures from Dover and Hamburg to Norway, Southern Scandinavia and the British Isles.

The newest addition to Hurtigruten’s fleet of custom built expedition cruise ships, battery-hybrid powered MS Fridtjof Nansen, marked the return of international cruises as she departed Hamburg, Germany on June 26 for the first in a series of expedition cruises to the Norwegian coast. The 14-night itineraries will continue into September, exploring World Heritage fjords, glaciers, bird cliffs, narrow inlets and other sites under the Midnight Sun - all the way to the iconic North Cape.

There have not been any confirmed or suspected  cases of COVID-19 on any of Hurtigruten ships. Hurtigruten has implemented strict procedures to ensure the health and safety of guests and crew. These include reduced guest capacity to allow even more social distancing, strict hygiene protocols, health checks and screenings, frequent temperature readings upon boarding and entry to restaurants, and numerous other measures. Find out more about Hurtigruten’s Safer Together health and safety policies here.