If Walls Could talk, Spaces Before They Were Hotels 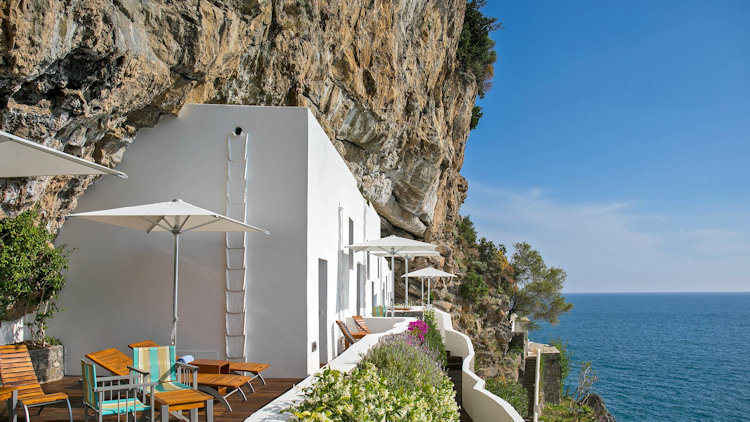 From former Playboy offices to fisherman's cottages, here are three hotels around the world that had colorful pasts before they were hotels.

The 225-room luxury hotel now spans all 25 canal houses, blending traditional and modern Dutch design. A tranquil inner garden and covered walkway connects one row of canal houses to the other row. The hotel is located in the heart of Amsterdam’s historic city center and trendy neighborhood, The Nines Street, and overlooks the Prinsengracht and Keizersgracht canals.

Forged into the rock above the shores of La Gavitella Beach, the four Eaudesea Experience Rooms blend Casa Angelina’s chic all-white aesthetic with more rustic elements – including exposed natural rock – incorporated into the otherwise crisp white walls and ceilings. These rooms are separate from the main Casa Angelina building (the hotel is accessible via an elevator and a further 200 steps) and include a private butler.

After the property opened in 1927, Al Capone's brother ran a casino on the penthouse level along with a speakeasy. Years later in the 1970s, the building became the Playboy Towers. Today, the building is home to a 306-room hotel featuring a crystal ballroom and easy access to the shops along Michigan Avenue.