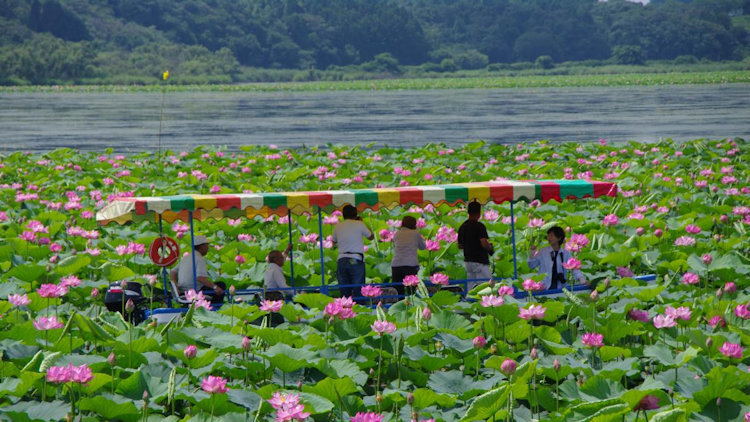 With the arrival of the Olympic and Paralympic Games in Tokyo next summer, Japan is preparing for record numbers of tourists from around the world in 2020. Despite the high number of tourists heading to Japan, Japanese matsuri, or festivals, offer travelers an opportunity to escape the crowds and experience Japan's rich cultural heritage alongside locals. A number of the country's top matsuri will take place over the summer, allowing travelers heading to Japan for the Olympic and Paralympic Games an opportunity to experience Japanese traditions while traveling outside of Tokyo.

Hifuri Kamakura Festical, Akita Prefecture, Tohoku - February 14, 2020
Taking place in the small farming town of Kakunodate, the Hifuri Kamakura Festival celebrates the Lunar New Year. Locals and tourists alike take part in the purification ritual, which involves twirling basketball-sized sacks of coal composed of rice straw above the head with rope. This tradition originated as a means for locals to rid themselves of evil spirits that may plague the year's harvest, but today, the festival offers an opportunity for old friends and neighbors to catch up.

Kyokusui no Utage, Fukuoka Prefecture, Kyushu - March 2020
Held at the Dazaifu Tenmangu Shrine, this annual festival recreates an aristocratic tradition from the Heian period. Poets dressed in Heian-style 12-layer kimonos sit amongst plum trees at the shrine and compose poems on narrow strips of paper, all while sipping from cups of sake that can be found floating down a man-made stream in the shrine's garden. The poems are read at a recital later in the day.

Noboribetsu Hell Festival, Hokkaido - Thursday and Friday nights, June-July 2020
Noboribetsu is home to the famous Jigokudani, or "Hell Valley," a volcanic crater locals believe resembles "hell on Earth," due to the steam and boiling water that bubble out of small crevices in the frozen ground from the nearby volcano. This natural phenomenon also inspired the local villagers to start the tradition of the Hell Festival. Dressed up as yukijin, playful demons who protect the nearby hot springs, locals launch 24 fireworks into the air while three demons ritualistically beat drums.

The Gujo Odori Dance Festival, Gifu Prefecture, Chubu - July 13-September 7, 2020
One of the most important dance festivals in Japan, the Gujo Odori Dance Festival consists of ten dances with corresponding songs, the most famous being "Kawasaki." Originating over 400 years ago, this celebration is held over 32 nights, with the height of the festival, known as Obon, taking place from August 13-16, 2020. Based in the small riverside town of Gujo-Hachiman, locals and tourists dance together in a big circle all through the night to commemorate their ancestors.

Lotus Festival, Miyagi Prefecture, Tohoku - July-August 2020 (pictured at top - Lotuses on Lake Izunuma-Uchinuma (© Visit Miyagi)
Instead of cherry blossoms, pink lotuses are the star of Lake Izunuma-Uchinuma, which transforms into a floral paradise each summer. The lake is so full of the perennials that visitors can barely see the water's surface. Lake Izunuma Uchinuma is an incredibly popular destination for couples in the summer as travelers can take a romantic boat ride through the lotus blossoms.

Saijo Festival, Ehime Prefecture, Shikoku - Mid-October 2020
A spectacle of lights, the Saijo Festival is a breathtaking festival with the main attraction being Danjiri, giant wooden floats, and mikoshi, portable shrines. Both are brought from local neighborhoods to float on the Kamo River. The main event takes place on October 16, when the Danjiri are assembled into a line on the river banks, allowing for the mikoshi to be moved across the banks to the Isono Shrine.