Jekyll Island: A Retreat of History and Wonder 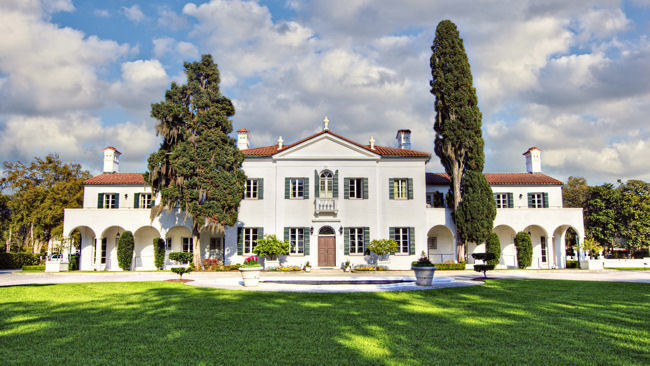 From sprawling beach marsh and maritime forest to historic ruins, Jekyll Island is a beautiful blend of serenity and discovery. Situated within the chain of the Golden Isles, it is just a few miles from St. Simons Island, Sea Island, and Brunswick – and from the moment I spied the “turtle crossing” signs, I knew I’d arrived somewhere special. As I drove through a canopy of live oaks and lush lawns on this 5,700-acre island, something told me I was in for a unique experience - and so I was. 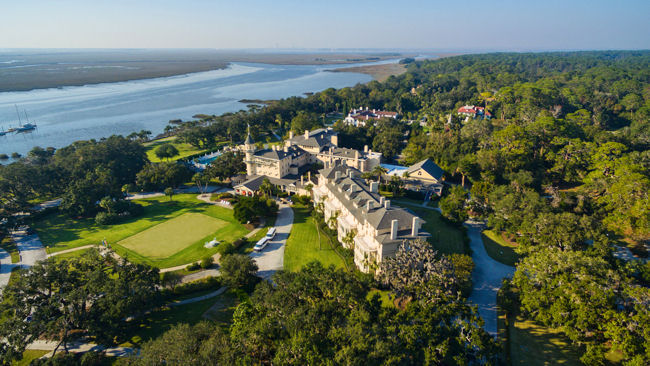 In the gilt-age time of a century ago, the country’s rich journeyed to places like Saratoga, New York, White Sulphur Springs, West Virginia, and, of course, to Jekyll Island, Georgia. The Club, a National Historic Landmark and a get-away for the nation’s elite, was the site of events and meetings of historic significance, including the first transcontinental phone call that was initiated in 1915 from the island to Theodore Vail, then president of AT&T. A quote from the Brunswick News on January 30, 1917 tells us that “Mr. Rockefeller never feels as well as when he’s enjoying the secluded and exclusive life which only this Paradise on Earth affords.” My recent visit affirmed that this destination continues to instill happiness and a sense of well-being in its visitors. 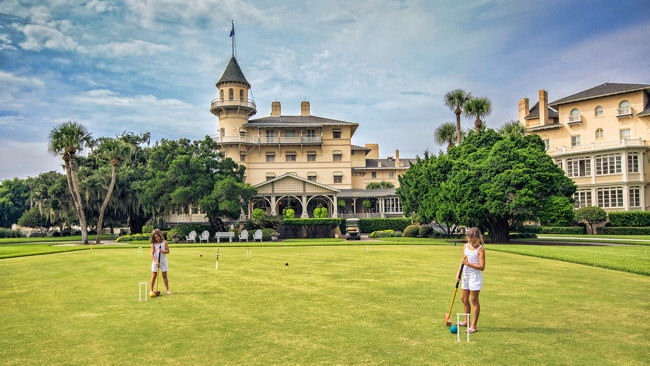 Jekyll Island Club is a full-service, destination resort and while its backdrop is historic, its comforts are modern and lush. Checking in, I was transfixed by the sepia photographs of Vincent Astor, William Vanderbilt, Marshall Field and others that line the halls – fond memories of members of yore. The Clubhouse, American Queen Ann in architectural style and the collection of adjacent structures have been splendidly restored and are on Conde Nast Traveler’s Gold List and named one of America’s Dozen Distinctive Destinations. The storied history of the Club has at its heart the Grand Dining Room. A venue of both social and historic significance, the restaurant has welcomed titans of industry and stars of both stage and screen. Among its many awards is: “Top 10,” (Gayor), “Diner’s Choice,” (Open Table) and AAA’s “Four Diamond” award. The resort has 157 rooms and suites in five notable settings. There’s the Clubhouse adorned with turrets, bay windows, verandas, and views of rolling green lawns, the Intracoastal Waterway and vast marshlands. Additionally, there’s lodging at the Annex, Sans Souci, Crane Cottage and Cherokee Cottage. My digs were at Crane, an Italian Renaissance structure that recently underwent a multi-million dollar renovation. It was private, quiet, comfortable and full of turn-of-the-century charm. I spent a pleasurable afternoon relaxing in the Cottage gardens with a book in the shade of a live oak tree. Jekyll Island lends itself to such pursuits, but make no mistake, if its activity you’re looking for, there’s plenty here to keep you busy.

Jekyll Island’s development is limited to just 1,609 acres to preserve the critical barrier island ecosystem. Since most of the island is protected, there’s plenty of nature, wildlife and family-friendly amenities including ten miles of white sand beaches, 63 holes of golf, an outdoor tennis complex, and the Summer Waves Water Park. There’s also a fishing pier, dolphin tours, horseback riding, and 20 miles of bike trails. To the extended multi-generational family, this retreat is ideal as most of the activities are geared for grandparents to tots. 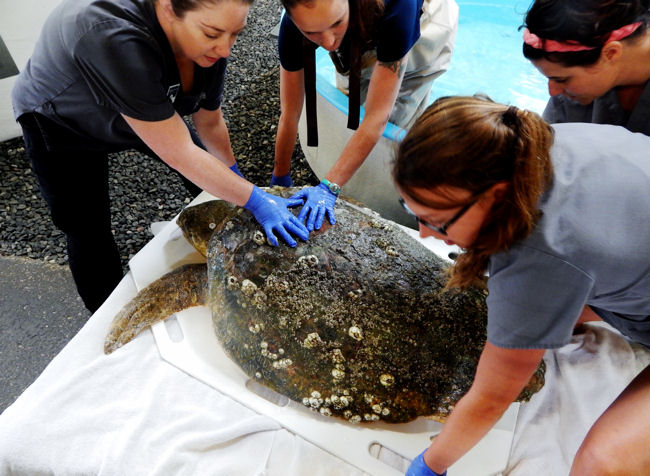 Back in the day, birding on this island was a favorite pastime. Today it is, instead, bride-ing; romance is clearly in the air. While I was enjoying a Victorian tea service in the parlor, I watched a couple being married on the lawn as another bride in a strapless confection swooshed by my table with her three bridesmaids. Destination weddings are popular and a growing number of couples want to return to traditional ceremonies reflecting family values. An obvious choice? This very island where they do it all from supplying the photographer, the tiered wedding cake and, of course, the minister.

I paid a visit to the spacious period-restored vacation cottage of Almira and William Rockefeller, a home they “enjoyed more than any other,” and to which they were devoted for 36 years. Nearby was the charming Faith Chapel built by the Club in 1904. The structure is that of an early Colonial meeting house, decorated with Gothic style elements. The church’s tiny interior is made of shingles with carved animal heads topping the roof trusses and gargoyles embellishing the exterior steeple. The treasures of this chapel are a pair of extraordinary stained glass windows, one a signed Tiffany, fabricated of several layers of glass and giving the illusion of depth and perspective. These windows are two of the most outstanding pieces of stained glass art in the nation.

Jekyll Island is home to a $2.5 Million Sea Turtle Center whose mission is to enhance public awareness of this endangered species and to provide rehabilitation for injured or ill sea turtles. As a rehab, research and educational facility, it offers the public a chance to learn about sea turtles and observe the Center’s good works in action. They offer year-round indoor and outdoor programs for guests of all ages. I saw turtle feeding and a huge animal being moved onto a gurney by no less than 5 workers. I hope to return someday during the sea turtle hatching release (between June-August) as I hear it’s an amazing sight. 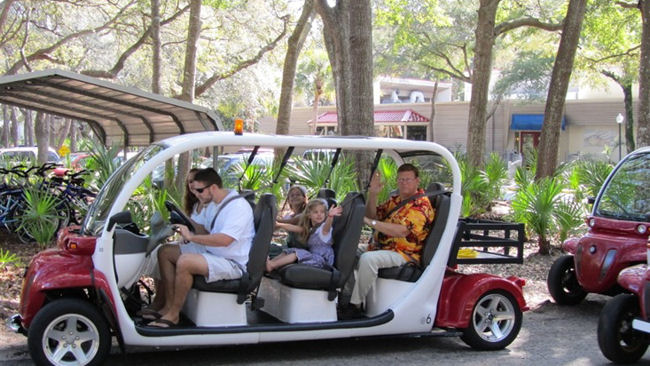 The next day I couldn’t resist an invitation to try out the island’s famed Red Bug electric cars. The vehicles pride themselves as being an alternate mode of environmentally-friendly transportation. They are open to ocean breezes, they’re small, cute – and they’re red! Tooling around the island in a little bug was the highlight of my day.

On departure day, I made sure I was up early enough to take a sunrise stroll on the beach, a meaningful way for me to say farewell to my outstanding few days here on nature’s playground. I loved the pristine stretches of marshland, its sparkling rivers teeming with fish calmly flowing to the Atlantic Ocean, and this rich and storied history. Four hundred years ago, Spanish explorers descended upon this territory seeking gold. Instead they found astonishing beauty in the serene forests, its mild weather, and in its vast expanse of ocean. I, too, found all this. In a sense, one could say that here I truly did find gold. 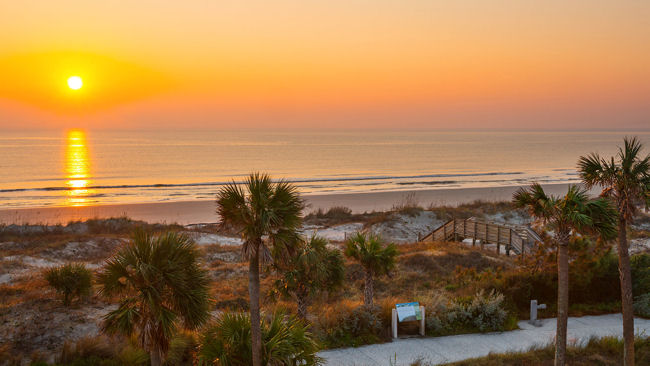