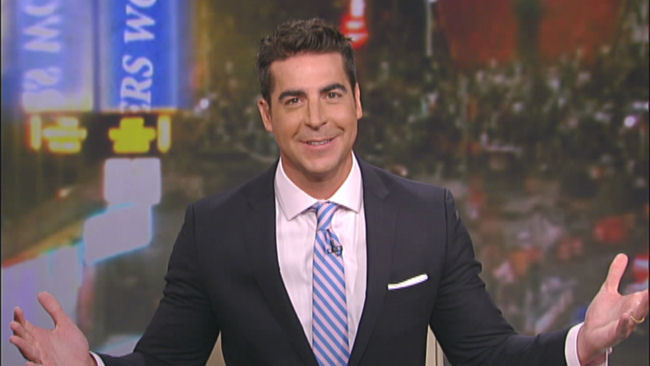 What can you tell our readers about your show, Watters World?

You're also a roving reporter for Bill O'Reilly. What is that like?

Watters World began, and still is, a twice-a-week branded segment on The O'Reilly Factor. Bill dispatches me to precincts all over America where I ask questions and cause trouble. I've taken pot tours in Denver, marched in gay pride parades in San Francisco, rode in motorcycle rallies in Sturgis, South Dakota…hit the slopes at the X-games in Aspen…I can't believe I get paid for this. There are only four states I haven't been to yet. I'm very grateful for the opportunity. Bill spent his early career in the field, and he shares his insight with me (“Slip the doorman $20 and he'll give you the drop on the action Watters”). Bill still travels a lot to this day. The only difference is he flies private.

What is the strangest thing that has happened during your “man-on-the-street” interviews?

Something strange happens during every shoot. I've been attacked by pigeons, I lost a tennis match to a topless woman at a nudist colony (I was very distracted) and just this summer a hippie cast a spell on me at the Democratic National Convention. I think it worked. I've had run-ins with George Clooney, P. Diddy and Bernie Sanders. O'Reilly told me that if anyone tried to punch me I should “lean into it.” That way, he says, I'll be “famous like Geraldo and can sue the guy for six figures.”

Where have you traveled so far in 2016? Where have been your favorite places to travel?

Within the last year I've hiked through Big Sur, California, hunted pythons in the Everglades and climbed the border fence in Arizona. I've shot several packages in Martha's Vineyard over the years since President Obama vacations there. The Aquinnah cliffs have a hidden nude beach on an Indian reservation which makes for great television. It's a magical island. The mountain scene at the mushroom festival in Telluride, Colorado was quite memorable. But my trip to Hawaii for The Factor in 2012 was unparalleled. I almost went native and never came back.

Do you have a favorite hotel chain and airline?

I don't have a favorite hotel chain. As long as they have a nice breakfast and a gym, I'm in. I'm partial to Delta. Diamond Medallion here I come!

Where do you travel when you aren't working? How do you decide where to go?

What is your best travel story?

I had a severely herniated disk and was flying on the shuttle from Reagan to LGA. I barreled into first class wincing in pain and jacked my thumb up motioning for the gentleman in the aisle seat to get up ASAP. He got up and I slid into my window seat. While we taxied I had to get down on the floor and curl up in “child's pose” in front of my seat to alleviate the excruciating pain. The man next to me gave me a bunch of Advil and when the stewardess came over to check on me because I looked so suspicious (it seemed like I was either dying or praying), he gently told her in a deep and authoritative voice, “he has a bad back.” Eventually we struck up a conversation and at one point he said, “at least you don't have cancer like I do.” At that point I kind of recognized his voice and I looked up and it was Tom Brokaw. That evening my wife had a headache and I reached into my pocket and said, “Here, have some of Tom Brokaw's Advil.”

What is your worst travel story?

I have to have multiple iPhone chargers when traveling. I always lose them and my phone is always dying. A hat and sunglasses can come in handy. One of my cameramen tipped me off to always bring a bathing suit. You never know when you're going to need to go for a swim.

What's the most spectacular thing you've seen when traveling?

I was killing time in Jackson Hole, Wyoming between shoots and a conservationist took me up in a four-seat propeller plane to check out how the natural gas drillers are affecting elk migration though the Grand Tetons. They've struck a nice balance between energy exploration and preservation. It was beautiful to see man and nature in harmony. The elevation gives you an enhanced perspective.
Like Us
Facebook
Follow Us
Twitter
Follow us
Instagram