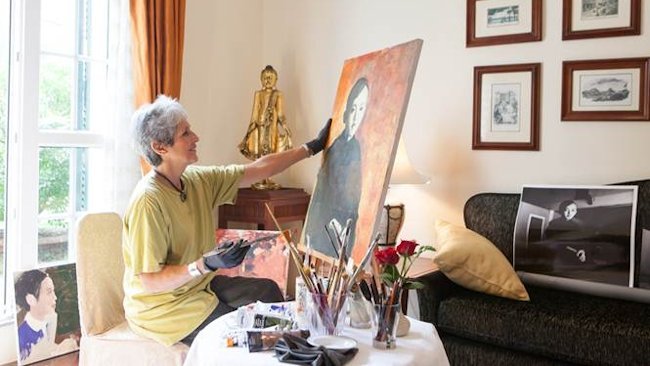 Forty years after Joan Baez hunkered down in an air raid shelter beneath Hanoi's Metropole Hotel, waiting out a nightly deluge of U.S. bombs in December 1972, the legendary American folk singer returned, coaxed back by news of the shelter's excavation and a simple desire to see again a place in peace that she'd only known at war.

“Something in me was ready to come back and apparently hadn't been up until now,” said Baez, seated in her room in the Somerset Maugham Suite of the Sofitel Legend Metropole Hanoi.

Baez visited Hanoi from March 27 to April 6. It was her first visit to the country since she traveled as a participant of a 4-member peace delegation from the United States.

During her stay in Vietnam, Baez revisited the excavated air raid shelter, met with staff who'd worked at the hotel during her 1972 visit, spoke to 500 students at a United Nations school and painted a portrait of a Vietnamese novice (Buddhist monk) that now hangs in the main lobby of the hotel.

And of course, she descended into the shelter where she had recorded portions of an album, Where Are You Now, My Son.

“What I felt was this huge warmth, and it was gratitude,” Baez said, describing her return to the shelter. “I thought I'd feel all these wretched things about the bunker, but it was really love. It took care of me, and so I didn't have any problem going back.” 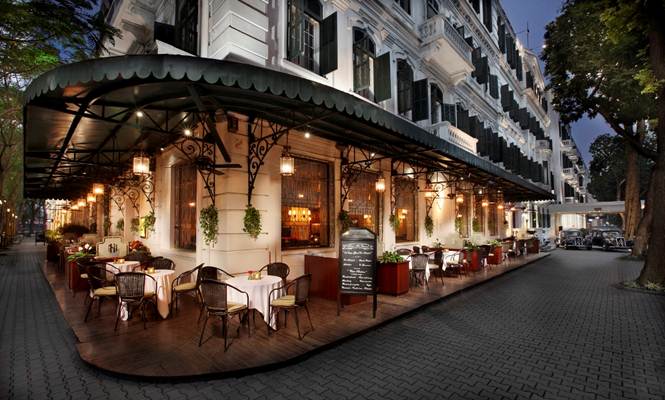