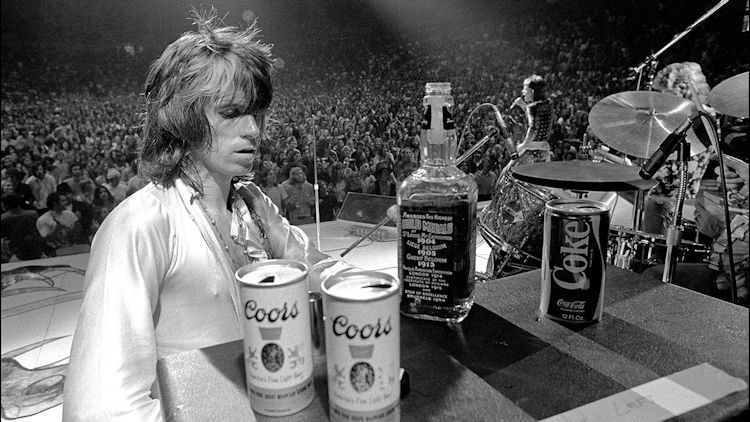 A month before the Rolling Stones resume the No Filter Tour, Keith, Unfiltered., a photography exhibition, will open - on May 24th - at Morrison Hotel Gallery in NYC, LA and Maui.

The exhibit will feature images from some of the most legendary photographers that had the chance to capture Keith in front of the camera - on stage, backstage, at home, on the road.

The exhibit will be open to the public beginning May 24th and run through June 22nd at Morrison Hotel Gallery in NYC, Los Angeles and Maui.

In 1968, the then-tour manager for the Rolling Stones introduced "the greatest rock and roll band in the world." If half a century of packed stadiums, chart-topping albums, and worldwide acclaim are any indication, the Stones have more than lived up to the moniker; they are a rock and roll tour de force that shows no signs of stopping. In conjunction with the Rolling Stones' ongoing "No Filter" tour, Morrison Hotel Gallery is excited to present Keith, Unfiltered. - a celebration of a legend amongst guitarists and the driving force behind a band that is the epitome of rock royalty.

On May 23rd a special, invite only reception will take place at all three gallery locations - NYC, LA and Maui. The exhibition will be open to the public May 24th through June 22nd.

In addition to the Rolling Stones' current tour, Keith, Unfiltered. depicts half a century of the band's renowned 1969 American tour, later dubbed by rock critic Robert Christgau as "history's first mythic rock and roll tour." It is only fitting that The Morrison Hotel Gallery celebrates this milestone with an exhibition of the many iconic images now essential to the fifty-year-strong legacy.

Photographs within the exhibit showcase Richards and bandmates in classic portraits, candidly at work, and in moments of relaxation beyond the frenetic energy of the sold-out stadiums and screaming fans. Images such as Ethan Russell's photo of Richards posed nonchalantly beneath a "Drug Free America" poster; a shot by Michael Cooper of Richards floating in a swimming pool at Villa Nellcôte in the south of France; and Ken Regan's photo of a shirtless Richards quietly making breakfast in the kitchen at the Montauk home of Andy Warhol.

This exhibition will also mark the final opportunity for collectors to own one of the very last prints in an edition from photographer Michael Joseph's historic Beggar's Banquet photoshoot - one that is widely regarded as having produced some of the band's most formative portraits. The prints can be purchased in-person or online.

Morrison Hotel® Gallery is the world's leading brand in fine art music photography representing over 125 of the world's finest music photographers and their archives. Their vast catalog of photography encompasses jazz, blues, and rock imagery spanning several generations through to today's contemporary music artists and now includes iconic photographs in the world of celebrity and sports as well. MHG has a robust online presence, featuring over 100,000 images searchable by photographer, music artist, band or concert. www.morrisonhotelgallery.com