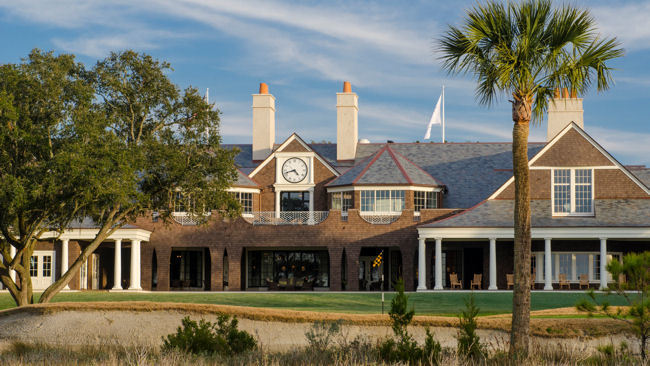 Below are the TennisResortsOnline.com’s top-10 tennis resorts for 2017:

The rankings come out each May listing the top 75 tennis resorts in the world and are based on the overall tennis program including instruction, teaching staff, and facilities, as well as other resort facilities such as lodging, cuisine, service and value. During the 2016/2017 ranking period, the tennis program at Kiawah Island Golf Resort ranked high in virtually all categories:

Under the direction of Roy Barth since 1976, the tennis program at Kiawah Island has become one of the finest tennis programs in the country. The combination of Barth’s teaching experience and professional background has made him an integral part of Kiawah’s tennis programs. Barth played professionally for seven years during which time he was ranked in the top 50 in the world and competed against such tennis greats like Borg and Connors. In 1990 he was awarded the PTR Pro of the Year, in 1997 Barth was inducted into the South Carolina Tennis Hall of Fame, in 1999 he was inducted into the Southern Tennis Hall of Fame, and in 2013 he was inducted into the San Diego Tennis Hall of Fame. He is currently the president of the Professional Tennis Registry (PTR).

Guests of Kiawah Island Golf Resort can enjoy two separate tennis facilities: West Beach Tennis Center and the Roy Barth Tennis Center near the resort’s oceanfront hotel and spa, The Sanctuary at Kiawah Island Golf Resort. West Beach features 10 Har-Tru clay courts, two lighted hard courts and a backboard. Guests at The Sanctuary are steps away from the East Beach tennis facility that has nine Har-Tru clay courts (one lighted) and three hard courts (one lighted), as well as a zoned practice court with a ball machine and automatic retrieval system. Both clubs offer fully staffed pro shops, complete instructional facilities, and are beautifully landscaped with lush shrubbery separating the courts for privacy.

Named by the prestigious Condé Nast Traveler magazine as the No. 1 island in North America and the No. 2 island in the world in 2014, Kiawah Island is located just 21 miles south of Charleston, South Carolina. Kiawah Island Golf Resort sits along 10 miles of pristine beach and is known as one of the top eco-friendly resorts in the U.S. In addition to Forbes Five Star/AAA Five Diamond Sanctuary at Kiawah Island Golf Resort, the resort’s 255-room oceanfront hotel and spa, the resort manages close to 500 private villas and luxury homes, 12 restaurants, two tennis centers, a renowned recreation and nature program and has five championship golf courses, including the world-famous Ocean Course, site of the 1991 Ryder Cup, the 2007 Senior PGA Championship and the 2012 PGA Championship. The Ocean Course was recently named the site of the 2021 PGA Championship. For more information, visit www.kiawahresort.com or call 800-654-2924.