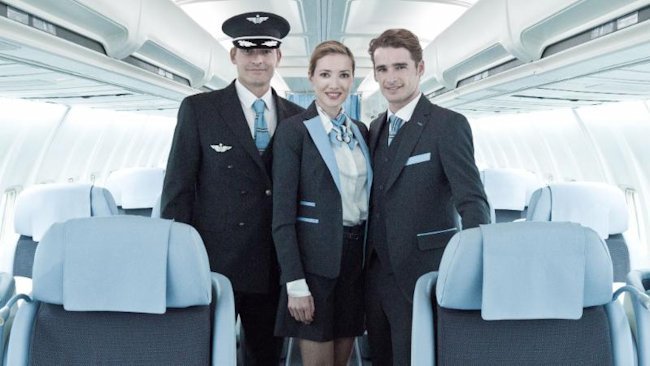 With the airline's amazing inaugural airfare special of $1,007 round-trip per person sold-out within the first week, La Compagnie has decided to extend the offer for the next 250 tickets purchased this February and March for travel through the end of August 2015!

Scheduled to take off this spring, La Compagnie will operate four times weekly with plans to increase service to six times weekly by June out of Newark International Airport's (EWR) Terminal B, with flights departing at 10:20PM and arriving in London's Luton Airport (LTN) at 10:30AM the following morning. The flights departing Luton Airport will be offered at 5:45pm from Terminal 1, with a same-day arrival in Newark at 9:00pm. The airfare will continue to be offered in three fare levels, Full Flex, Semi-Flex and Best-Buy.

In support of Deep Vein Thrombosis (DVT) Awareness Months of February and March, La Compagnie has partnered with NYC Surgical to offer passengers pre-flight DVT screenings at Newark International Airport. A common condition which affects over two million American each year and the most common cause of cardiovascular death to date, La Compagnie strives to help raise awareness of DVT's symptoms and risk factors when traveling to ensure passengers a healthy and safe flight.

La Compagnie is an entrepreneurial initiative created by Frantz Yvelin and Peter Luethi. Contemporary businessmen, the duo created La Compagnie ("The Company") for travelers who not only travel business class, but also know from experience what it means to be in business. Operating flights from Paris Charles de Gaulle to New York since July 2014, the team has established an airline that meets the demands of today's savvy, cost-conscious travelers.