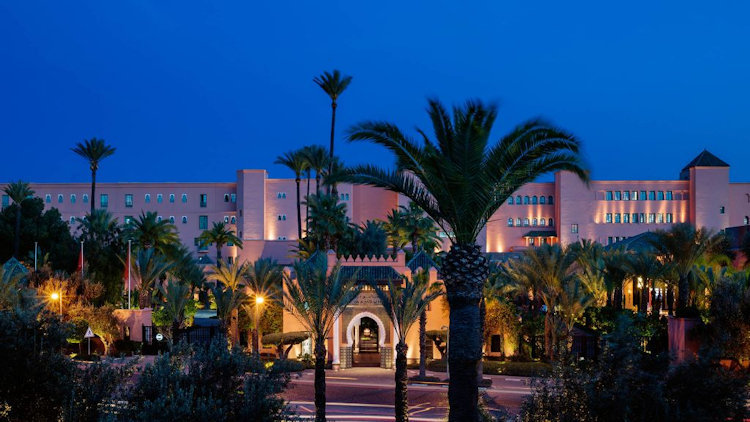 La Mamounia, the legendary hotel - opened in 1923 and restored in 2009 - has announced plans for a major renovation that will see the hotel close its doors from May 25th to September 1st, 2020.

The refurbishment, by Parisian firm Patrick Jouin and Sanjit Manku, will see a full overhaul and reimagination of the culinary spaces and a structural facelift of the rooms and public areas. Ensuring a smooth transition of eras and a delicate rebalancing of the energies, the new-look property will deliver a new contemporary concept, whilst maintaining the traditional taste recognized at La Mamounia.

Opened in 1923 and designed by internationally acclaimed interior designer, Jacques Garcia, La Mamounia boasts 136 stylish guest rooms; 71 suites, including seven signature suites; and three riads, each with three bedrooms, Moroccan salons and a private terrace complete with an ozone swimming pool. The legendary hotel, described as ‘the most lovely spot in the whole world’ by Winston Churchill, hosts the “who’s who” of international royalty, politicians, celebrities and the jet set and is globally regarded as one of the most notable and desirable hotels in the world. 2018 has seen the acquisition of two new partnerships for the hotel including the first Pierre Hermé boutique in Africa, named the world’s best pastry chef in 2016, and the introduction of Swiss spa brand and treatments by Valmont to the award-winning spa and hammam. Since it’s opening, La Mamounia has been symbolic of traditional Moroccan hospitality and a classic example of the great age of grand hotels. www.mamounia.com