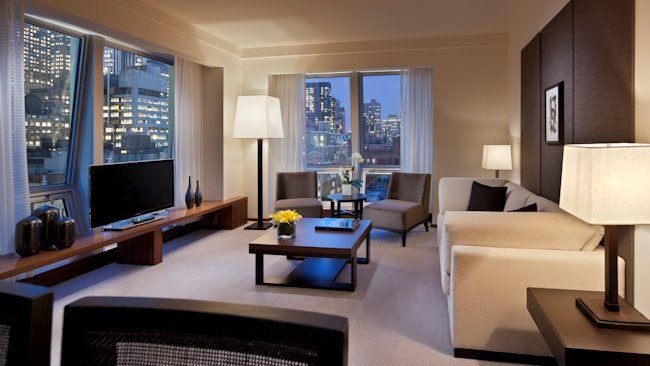 As part of a whirlwind of regional growth, Langham has introduced three new hotels into the North American market representing three separate brands and an unprecedented leap forward in the company's evolution as global hospitality powerhouse.

"This is a banner year for Langham Hospitality Group," said Brett Butcher, chief executive officer. "For the first time, we are experiencing tremendous growth in some of the most coveted locations in the world.

He adds, "Introducing new locations from our three brands – The Langham, Langham Place, Eaton - in Chicago, New York, and Toronto respectively will help imprint the Group into the consciousness of the local community in these cities and the leisure and business traveller to these markets

On 10 July, Langham will unveil the newest and highly anticipated property in its heritage brand, The Langham, Chicago. Located on the banks of the Chicago River, this landmarked building was the last project designed by legendary architect Ludwig Mies van der Rohe. Its presence in one of the most enviable locations in downtown Chicago will forever transform the luxury hotel landscape in the Windy City.

On 1 July, which coincidentally and rather aptly was Canada Day, LHG officially introduced its four-star Eaton brand into North America when the former Delta Chelsea was re-flagged the Eaton Chelsea, Toronto. This 1590-room hotel – officially the largest in Canada – will also hold the same distinction within the Langham Hospitality portfolio. This is the first time in the Group's history that Langham Place and Eaton have opened properties outside of Asia.

These new additions to the Langham Hospitality Group portfolio represent the addition of over 2000 guest rooms and will round out the company's already celebrated offerings in North America – The Langham, Boston, a luxury hotel housed in an historic former Federal Reserve Bank building in Boston's picturesque Financial District; and The Langham Huntington, Pasadena, Los Angeles on 23 acres of rolling green lawns in a heritage building from 1907. Not only will this expansion introduce new brands into North America but the addition of new hotels will greatly increase awareness of 1865, LHG's celebrated loyalty program.

About The Langham, Chicago

With the unveiling of The Langham, Chicago on 10 July, LHG will officially have a third example of its marquee brand, The Langham, in the United States. Based on the notion of classic European hospitality exemplified by the original hotel of the same name, The Langham, London, this luxury property will proudly boast an address within one of the United States' most famous architectural landmarks. Located at 330 North Wabash Avenue, The Langham Chicago is housed within the former IBM Tower designed by Ludwig Mies van der Rohe, which was declared a Chicago Landmark in 2008 and entered into the National Register of Historic Places in March 2010, thereby continuing LHG's legacy of owning and managing properties with historic and cultural significance. As a testament to this heritage, Mies' own grandson, interior designer Dirk Lohan, designed the Entry Lobby at ground level, incorporating furniture and objets d'art from his family's personal collection.

The hotel's 316-rooms, starting at 516 square feet, will be among the largest in the city and many will feature views of the Chicago River. These views extend to thePavilion Lounge, which will be the setting for the Langham brand signature of Afternoon Tea. Travelle, the property's signature restaurant and bar was designed by David Rockwell of the Rockwell Group and will feature a glass expo kitchen and Chef's Table, all overseen by Chef Tim Graham, formerly of Tru. The Langham, Chicago will feature 15,000 square feet of wedding and special event space, including the Devonshire Ballroom, the ideal setting for weddings and special events. The group's award-winning 22,000 square feet wellness retreat which includes its signature Chuan Spa will offer a new and innovative spa experience with treatments based on the principles of Traditional Chinese Medicine. And the hotel's art collection, overseen by curator Lauren Rottet, will include sculpture, photography and paintings by international artists as well as artists plucked straight from the burgeoning Chicago art community.

Centrally located at the intersection of Fifth Avenue and 36th Street, Langham Place, Fifth Avenue provides easy access to the city's important financial, commercial, fashion and cultural centers, and is a short walk from many major tourist and shopping attractions including the Empire State Building, Times Square and the New York Library. Langham Place, Fifth Avenue has 214 guestrooms and suites that are among the largest in the city; 2,500 square feet of well-planned spaces for executive meetings and social events; and the only Midtown outpost of the celebrated New York City salon Julien Farel, including a special Express Salon for quick-and-easy beauty services.

Measure, a stylish and comfortable bar and lounge features a menu of American and British comfort food re-imagined with a modern twist by Chef Jeffrey Seizer; while the Michelin-starred restaurant Ai Fiori, open for breakfast, lunch, cocktails and dinner, features a menu that celebrates the French and Italian Riviera, courtesy of the world-renowned Altamarea Group and Chef Michael White. On the horizon for Langham Place, Fifth Avenue are additional aesthetic changes that will re-invigorate the overall hotel experience, including updated furnishings and a new selection of art in the public spaces. In keeping with the Modern British luxury that Langham Place represents. In 2014, Langham Place, Fifth Avenue will also introduce Chuan Spa, the internationally celebrated spa concept created by Langham Hospitality Group that focuses on Traditional Chinese Medicine (TCM) techniques for the ultimate in relaxation and holistic wellness, which will be developed within the hotel's existing spa footprint.

The Eaton brand's goal is to surprise and delight guests with a value-for-money proposition that delivers a stylish, modern level of comfort; warm and welcoming service; and an on-going commitment to sustainability. As part of the launch of Eaton Chelsea, Toronto, a multi-million dollar investment program for the hotel has already begun and includes beautifying the exterior, including the building's signature balconies; refurbishing the lobby, including installing an Eaton signature design element, the living Green Wall; upgrading the food and beverage offerings, including a re-launch of the hotel's popular Market Garden Restaurant, the introduction of a grab-and-go café, Express-O; and an exciting new lobby bar concept, T Bar.

Within the next year, additional upgrades will take place including refurbishment of the hotel's meeting and event spaces, and all guest rooms, as well as the introduction of a new Club E club lounge near the hotel's pool deck. The Eaton Chelsea, Toronto is not only Canada's largest hotel, it's also one of the best-located - just steps from the city's best shopping districts, including the well-known Eaton Centre, world-class theatres, vibrant nightlife and exciting attractions. A full-service urban resort, Eaton Chelsea has room types to suit everyone and the hotel offers five restaurants and lounges, separate adult and family recreation areas and pools, including "Corkscrew", downtown Toronto's only indoor waterslide; and a well-equipped Family Fun Zone, which includes babysitting services and fun activities for kids from two to18 years old.

As the wholly-owned subsidiary of Great Eagle Holdings, Langham Hospitality Group encompasses a family of distinctive hospitality brands which include hotels, resorts, residential serviced apartments, restaurants and spas, located on four continents. The Group currently owns and/or manages 18 hotels under The Langham, Langham Place, Eaton and 88 Xintiandi brands with more than 24 hotel projects currently either confirmed or in a developed stage of negotiation from China through Asia and India to the Middle East. For reservations, please contact a travel professional or access the website at www.langhamhotels.com.
Like Us
Facebook
Follow Us
Twitter
Follow us
Instagram