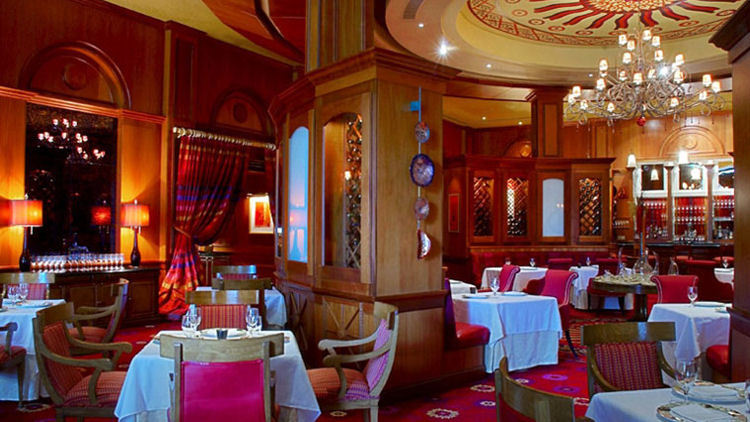 Lautrec restaurant at Nemacolin Woodlands Resort has been honored with a highly coveted Five-Star status in the 2018 Forbes Travel Guide listing of star rating winners. This is Lautrec’s tenth consecutive Five-Star rating in the prestigious guide.

Lautrec opened in 1997 and the restaurant’s first Five-Star honor came in 2009. Since that time, Lautrec has solidified itself as one of the world’s top dining establishments, continuously earning Forbes’ highest rating. This year’s list includes just 64 Five-Star restaurants worldwide and only three in Pennsylvania.

Under the guidance of executive chef and Pennsylvania native Kristin Butterworth, Lautrec has redefined European-American cuisine. Butterworth, who last week was named a semifinalist in the James Beard Award (in the category of “Best Chef: Mid-Atlantic”), trained under some of the finest chefs in America. But her very first job was as a short-order cook at a small family restaurant in her hometown, and she takes great pride in presenting Lautrec’s guests with an incredibly innovative yet approachable menu.

The Forbes judges aren’t the only ones who think so. By once again receiving the highest ranking from Forbes, Lautrec is in a select group of only 30 restaurants in the world to hold both the Forbes Travel Guide Five-Star award and the impressive AAA Five-Diamond award. With Butterworth at the helm, Lautrec and its entire team continues to impress guests while adding to its vast collection of honors and awards.

Lautrec isn’t the only part of the Nemacolin collection of luxury experiences to boast that coveted five-star/five-diamond rating. Falling Rock, the 42-room boutique hotel that pays homage to Frank Lloyd Wright, also earned “fives” in the lodging categories of both the Forbes and AAA rankings.

For more information or to make dining reservations, please contact a Resort Sales Specialist at 866-399-6957 or visit nemacolin.com.