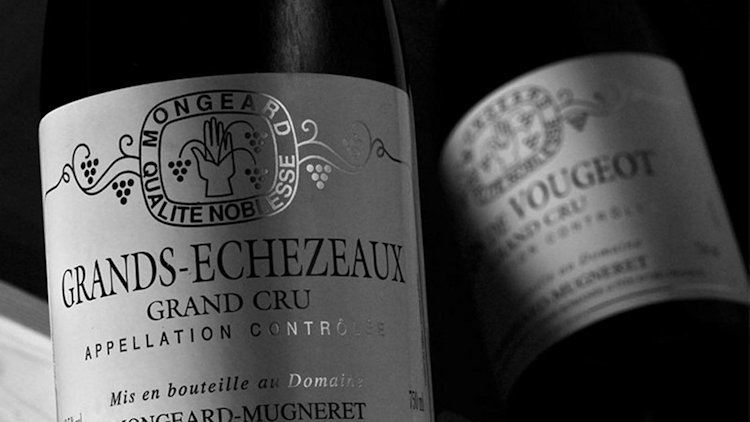 France has long been known as the country of good taste, fine fare and gastronomy. At the heart of this prestigious heritage, there is the noble grape which transforms into a treasure of infinite colors and flavors. At Le Bristol Paris, there are no less than twelve sommeliers each equally determined to seek out the finest wines for Palace guests.

Under the guidance of Bernard Neveu, Sommelier Director, twelve sommeliers assiduously explore great vintages and seek out the finest newcomers. This elite team of sommeliers discover new wines that will eventually become part of the French gastronomic experience, earning the privilege to be paired with the Michelin starred cuisine of this Parisian Palace. They are masters in creating sublime food and wine pairings, and as committed connoisseurs, they elevate the profession to an art.

A century and half of oenology

Le Bristol’s cellars are a hallowed place where some of the rarest wines age with around 100,000 bottles – 60,000 are literally beneath the Palace. There are some legendary vintages such as a Riversaltes 1875, or a Petrus 1961, both on Epicure’s wine list, an historic tome with 2,500 references, cataloguing a century and a half of oenology. “One of the greatest in the world” proclaims the American magazine Wine Spectator, who gave Epicure’s list its highest accolade, the Wine Spectator Grand Award, for the 4th year in a row.

At Le Bristol Paris wine and the wine makers are held in utmost reverence, and Wine Mondays are dedicated to them. These shared evenings of discovery begin months earlier as you can find Bernard Neveu and his team striding across the countryside, from the Côte d’Or to Bordeaux, Alsace’s plains to the Loire valley’s hillsides, seeking the most precious bottles. Their treasure hunt culminates at brasserie de luxe 114 Faubourg where they share their greatest finds in their Wine Mondays. Wines are paired with a four-course dinner created for the evening by three Michelin starred Chef Eric Frechon.

At these evenings the sommeliers reveal remarkable wines, private domains and passionate winegrowers but above all, give meaning to the word pleasure. The evening takes place in the stylish floral surrounds of 114 Faubourg, over a four-course gastronomic dinner. Price €140 ($155) per guest.

Continuing the degustation, the wine will be included in the 114 Faubourg wine list for the upcoming month.

Family-owned since 1620 in the heart of the prestigious village of Vosne Romanée, the Mongeard-Mugneret estate has some 30 hectares of vineyards divided into 35 appellations, including the magnificent grands crus such as Echezeaux, Grands-Echezeaux, Clos de Vougeot and Richebourg.
Wines offer the velvety texture and delicacy typical of great Burgundy wines, preserving the finesse of the fruit. Vincent Mongeard vinifies all his wines with the same attention, quality is the key word.

On their estate, which was founded in the seventeenth century in Orschwihr, to the south of Colmar, Marie and Jean-Paul Zusslin keep the tradition of their ancestors alive. The vineyard has been cultivated using biodynamic methods for more than two decades, with the greatest respect for the environment and terroir, in order to produce extremely clear and pure wines. Thanks to painstaking work carried out each day in the vineyards and wine storeroom, the estate's wines are among the most highly reputed in Alsace.

At the beginning of the 1990s, Thierry Germain, originally from Bordeaux, took up the reins of this estate located in the heart of the Saumur-Champigny appellation in Varrains. Thanks to careful and thorough work with the soil, great respect for the environment and deep knowledge of the terroir, Thierry Germain has ensured his estate can hold its own among the biggest names. Cuvées such as La Marginale, Franc de Pied and Le Clos Romans, produced in small batches, have earned it a worldwide reputation.

For more than a century, the Brunier family has produced rare wines on the famous Plateau de la Crau, a renowned center of wine growing in the Châteauneuf-du-Pape appellation. This terroir brings a very special minerality to the wines, as if they had been filtered through the thick layer of pebbles (known as 'galets roulés') left there by the melting of the Alpine glaciers, long before the formation of the Rhône Valley. The wines produced in this appellation offer a combination of freshness, elegance, power and legendary longevity.

This renowned estate, founded in the seventeenth century in the town of Pauillac, covers 73 hectares. Château Pichon-Longueville Baron was classified as 'Second Cru Classé' during the famous 1855 classification. In 1987, Axa Millésimes acquired Pauillac's most beautiful château, which stands out with its unique turrets. Vinified with a master's hand by Jean-René Matignon, under the watchful eye of technical director Christian Seely, Château Pichon Longueville Baron currently offers one of the finest Pauillac wines.

Located in Meursault, Domaine Latour-Girault is directed by Jean-Pierre Latour, a prodigious winegrower who demands perfection. The estate boasts magnificent plots classified as 'premiers crus', in Genevrières and Charmes, as well as Puligny-Montrachet with its famous terroir, also classified as a 'premier cru', Champs-Canet. In the fine tradition of Burgundy, the wines are matured for a long period in barrels, with as little intervention as possible, producing wines with remarkable purity and distinctive character. In addition to offering magnificent whites, the estate has superb plots in Pommard and Volnay, as well as a cuvée of red Meursault on the 'premier cru' terroir of Caillerets.

Aided by his two children, Émilie and Christophe, Philippe Desmeure, directs this 35-hectare estate in the northern Rhône Valley. Owner of plots in the appellations of Crozes-Hermitage, Hermitage and Saint-Joseph, the estate offers a palette of wines reflecting its various terroirs, such as the cuvée Emilie sur Hermitage and Christophe sur Crozes-Hermitage: two excellent cuvées created in honor of his children.

From his superb terraced vineyard in a verdant cirque on the Chapelle-de-Rousse, Jean-Marc Grussaute has taken Camin Larredya to the top of this appellation in the Jura. A winegrower committed to quality and respect for nature, Jean-Marc Grussaute offers an exceptional reflection of this magnificent terroir at the foot of the Pyrenees. His dry wines, such as the famous cuvée La Virada, are among the finest dry white wines in south-western France.
The sweet wines offer superb balance, in which the sugar and the natural tension contributed by the soil and local grape varieties, such as Corbu, Camaralet et Petit Manseng, make the estate's Jurançons some of the finest dessert wines in France.