Lexus Moves One Step Closer to a World Without Crashes 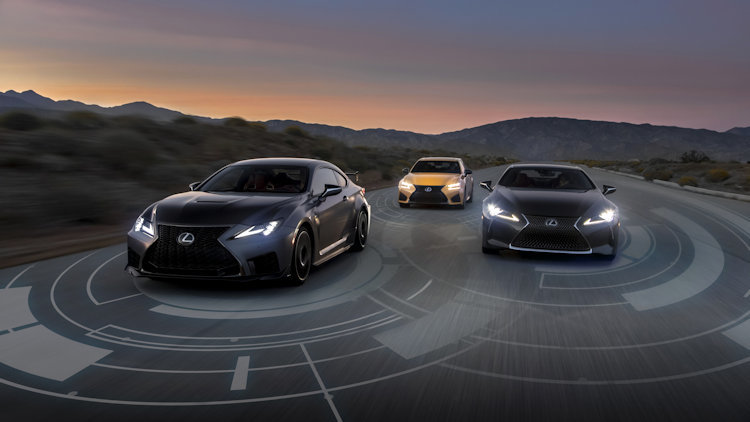 According to the National Highway Traffic Safety Administration (NHTSA) there were nearly 6.5 million reported crashes in 2017 (the most recent available data) many of which were avoidable. Collisions that result in injury can often be caused by a delay in a driver’s recognition of the situation and his or her ability to react accordingly.

In a move to help prevent such accidents before they happen, the Lexus Safety System+ will be a standard feature in all US Lexus vehicles starting with the 2020 model year. “We are working toward preventing crashes before they happen,” said David Christ, group vice president and general manager, Lexus Division. “That's why we have developed some of the most advanced safety features on the road today, and now those systems will be standard equipment on every model we sell.”

Designed to help protect drivers, passengers and pedestrians, the Lexus Safety System+ is an integrated suite of four advanced active safety packages anchored by automated pre-collision warning and braking. They include:

This system is engineered to help detect a preceding vehicle or a pedestrian in front of the Lexus under certain conditions. Should the system detect a pedestrian or a potential frontal collision, it’s designed to activate an audible and visual alert while automatically preparing Brake Assist for increased braking response. If the driver does not brake in time, the system is designed to automatically begin braking before impact and, in some cases, can even bring the vehicle to a stop.

Lane Departure Alert
This system utilizes a high-resolution camera to monitor visible lane markings and determine the vehicle's position within a lane. If an inadvertent lane departure or potential departure due to swaying is detected at speeds above 32 mph, the system attempts to alert the driver with audio and visual warnings and steering wheel vibrations.

Intelligent High Beams
To help provide added visibility for the Lexus driver as well as other motorists, Intelligent High Beams offer added illumination to help keep the driver focused on the road. When the road ahead is clear, the system defaults to high-beam mode, then temporarily switches to low beams when it detects the headlamps or taillamps of vehicles ahead.

Dynamic Radar Cruise Control
This system uses radar and camera technology to help maintain a preset speed and following distance from the vehicle ahead. If driving at highway speeds and the road ahead clears, the vehicle returns to its preset speed.

A Future-Focused History of Commitment to Safety
Offering Lexus Safety System+ standard in all its vehicles represents the latest milestone in the brand’s 30-year history of creating and providing advancements and innovations in safety – designed to help prevent crashes and protect people. “A world without crashes is what we envision,” notes Christ. “It’s an ambitious goal, but one we’re committed to achieve.”

Total Human Model for Safety
The development of many Lexus vehicle safety features benefits from the Total Human Model for Safety, or THuMS, virtual crash dummy software. Un­like typical dum­my mod­els which provide 119 data points, THuMS provides millions of data points and rep­re­sents ac­tu­al humans in de­tail, in­clud­ing the out­er shape as well as bones, mus­cles, lig­a­ments, tendons, and in­ter­nal or­gans¾enough to detect even a scrape or bruise. This means crash tests can be conducted to determine the impact on¾and solutions for¾an unprecedented number of potential collisions on a nearly endless variety of humans, from large to small, young to old, and even gender differences. THuMS technology represents such a breakthrough in human safety, that it has been shared with a dozen other automakers and research labs around the world.

Advanced Driving Simulator
Developed to better understand driver behavior, Lexus designed and built one of the world’s most advanced driving simulators. A massive, multidimensional structure covering a space the size of a football field, this futuristic simulator can travel the equivalent of 186 miles per hour, tilt up to 30 degrees, and move in six directions at once. Inside, ordinary drivers - in an actual Lexus vehicle - navigate their way through a 360-degree virtual world. This allows their reactions to be analyzed in real-world situations without real-world consequences.