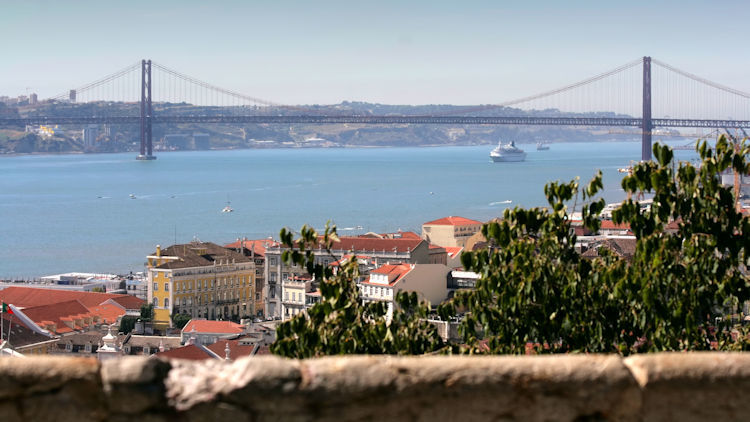 Lisbon, the capital of Portugal, is an open-air museum, dressed in azulejos and features a beautiful color palette. A source of inspiration where art, culture and landscapes come together in one place to amaze visitors.

From the breathtaking views of its 7 hills to a vibrant nightlife or strolling through lush gardens and parks, Lisbon is a city that ensures to impress.

The charming capital has many places declared World Heritage Sites by UNESCO, in addition to the largest suspension bridge in Europe, stunning street art to enjoy and first-class cuisine based mainly on delicious seafood, to highlight some attributes of the city.

This city can be toured without a fixed itinerary because its neighborhoods will surely lead travelers to fascinating monuments, museums or to the banks of the Tagus River, a place that inspired many songs of its melancholic traditional music, the fado, classified as Intangible Cultural Heritage of Humanity by UNESCO.

With almost 290 days of sun shining, Lisbon is a great city to visit in winter when temperatures are mild, rarely ever dropping below 15°C. In addition, Lisbon is a friendly, safe city that never sleeps, even in Winter, where all the restaurants, shops and bars are open.

Here are some amazing attractions to view during a perfect winter getaway to Lisbon: 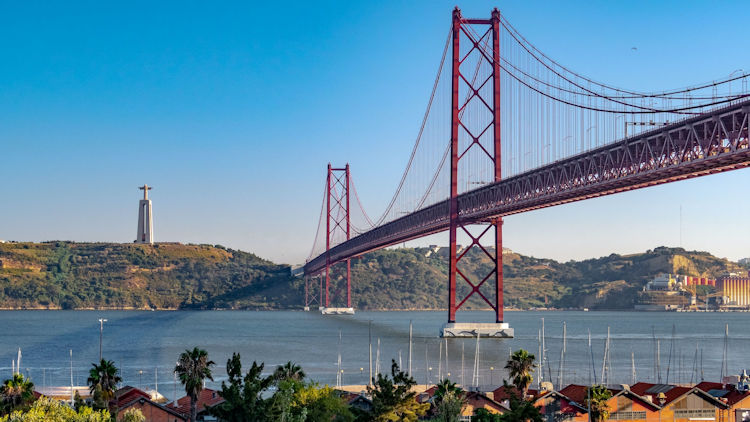 The Ponte 25 de Abril is the longest suspension bridge in Europe, measuring just under 1.5 miles (2.3 kilometers) in length. Built during the 60s in Portugal to become a symbol of opulence, 25 de Abril Bridge is nowadays an iconic sight for Lisbon travelers and residents.

The Pillar 7 Bridge Experience, an attraction inaugurated in 2017, allows visitors to enjoy an interactive and immersive experience of the exterior and interior areas of the bridge.

The first sensory experience takes place in a dark room, the Workers' Room, a tribute to all those who built the bridge. In this room travelers can hear the sounds of the bridge's construction and watch a 360º video about the history of this incredible work.

To get an idea of the size of the bridge, visitors are taken to a room where they can see the steel cables that support the bridge.

The second experience takes place in a room whose floor is made of mirrors, which gives an idea of depth.

The visit ends with an elevator ride to a panoramic observation deck partially covered in glass, on the 26th floor, which offers excellent views of the city and the Tagus River just 80 meters above the ground. 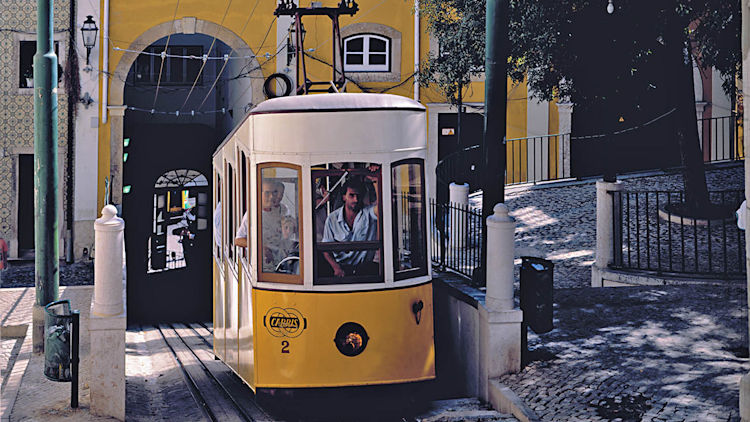 Elevador da BICA, The Most Picturesque Funicular in Lisbon.

The Elevador da Bica is probably the most photographed funicular in Lisbon due to the dramatic contrast between the steep ride and the river in the background.

Declared a National Monument in 2002, the Elevador da Bica was inaugurated in June 1892 and, together with the Lavra and Glórica elevators, represents the work of the Portuguese Raoul Mesnier du Ponsard.

Its route connects Largo do Calhariz with Rua de São Paulo for 200 meters. The adrenaline of the trip up its steep slope will make visitors forget about the cold and want to take pictures of the scenery.

The Bica elevator will take visitors to the southern part of the Bairro Alto. Between peeling facades and small taverns, travelers will find the Santa Catarina viewpoint, visited by young people who gather in groups to chat or listen to music. It is worth a ride on the elevador da bica to feel Lisbon like a local.

The National Pantheon Houses the Tombs of Illustrious People

The National Pantheon - or church of Santa Engrácia - is a grandiose baroque building that houses the tombs of the most illustrious personalities of Portugal.

The construction of the church of Santa Engracia - now the National Pantheon of Portugal - began at the end of the 16th century and was not completed until the 20th century, making it the monument that has taken the longest to complete in the whole country: around 350 years.

Clad in polychrome marble inside, the national pantheon houses the tombs of illustrious figures such as presidents of the Portuguese Republic, and famous writers such as João de Deus, and the popular fado singer Amália Rodrigues, just to mention a few.

The great white dome can be seen from different points of the city, for example from the famous Santa Luzia viewpoint, forming one of the most characteristic postcards of the city.

The Opulence of The luxurious Palácio Nacional de Queluz 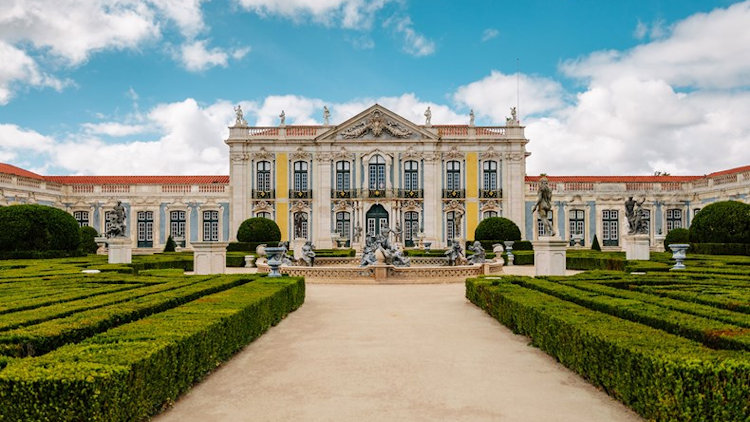 Queluz is a beautiful national palace that served as the official royal residence during the 18th century. Located in the town of Queluz, halfway between Lisbon and Sintra, this breathtaking palace combines different architectural styles such as Baroque, Rococo, Neoclassical and its gardens are inspired by French styles. It was the residence of several Portuguese kings and became over the years the site where the Court would go to spend their leisure time, attending serenades, horse races and firework displays.

Built in the XVII century by D. Pedro III, each of the rooms have unique details, such as the Throne Room with its walls covered with mirrors and gilded details, used for receptions and large parties; the Chapel, made of marble and a basin of precious stones or the dining room, which displays an exhibition of porcelain of great historical value.

In the amazing gardens of Queluz the decor is characterized by ponds and fountains from which the water springs mythological figures, highlighting the sculptural group around the lake of the Garden of Neptune.

Outside the palace is also the headquarters of the Portuguese School of Equestrian Art, which aims to promote the teaching, practice and dissemination of the Portuguese equestrian art in which shows are regularly open to the public as well as presentations at official ceremonies.

Casa do Alentejo, a Neo- Arab Palace Oasis in the Heart of the City

Located in Lisbon's Baixa, behind a small gate on the pedestrian Rua das Portas de Santo Antão, Casa do Alentejo is a beautiful 17th century Moorish palace where the influence of Arab culture in Portugal is evident.

The hidden jewel of the Palacete is the interior courtyard with Moorish ornamentation and vegetation and two Louis XVI rococo style salons. One of them is the former ballroom, decorated with mirrors, sculptures of allegorical figures and a large fresco on the ceiling, which can now be rented for private events.

Admission is free, but travelers may be interested in guided tours during the afternoon that explain the history of the Moorish-style mansion.

For more information, ideas and inspiration on visiting Lisbon, please go to www.visitlisboa.com