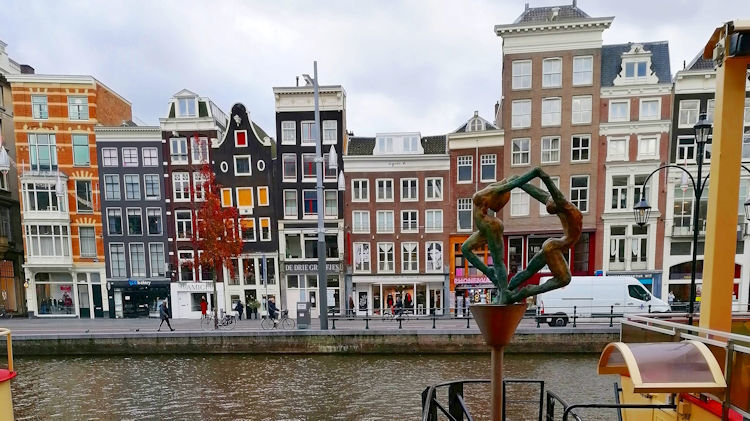 The United Nations Educational Scientific and Cultural Organization, a wing of United Nations Organization undertakes expeditions all over the globe to list down places that hold a lot of meaning to human life in general and not just limiting to a specific boundary. This is a special tag given to a place so that people don’t miss out on visiting these sites on their trips to a country they had planned.

Sweden known for its natural beauty, excessive investments in technological advancements has around 15 UNESCO acclaimed World Heritage Sites. It doesn't matter what size of the country is, the fact that it has not left behind the roots the people of yesteryear gave for the future generations is what mattered in the end. So, why wait? Go grab a visa from Visa Express and get ready to transport yourself into spaces that stand as testimony for what the world is today.

This place was designated as a UNESCO World Heritage site in the year 1993. It’s said that Vikings had begun their traditions that were carried forward for many generations from this place. It’s also said that the first-ever Christian Congregation took place in Sweden here in this place. This site is surrounded by many islands and that gives an idea as to how the Vikings got their interest in exploring the seas.

This town was designated as a World Heritage site in the year 1996. There are more than 400 stone houses along with a stone church that was built around the 15th century. The best part about this place is that the people still worship in this church and live in these houses. The way of worship is what is shown to the outside world by this site.

From the name, it’s very clear that this place was used for making iron and its structures way back in the 15th century. However, it got a full-fledged makeover as an iron-making facility only in the latter part of the 18th century. The name Engelsberg refers to the name of the man behind this entire place. The processes used by the furnaces to manufacture iron structure forms the core aspect of this place. This process is to date one of the best and unique in the world.

Grimeton Radio Station is one of the oldest wireless radio stations set up around 1920. It’s still in operating condition and it stands as an example of how people took ways to ensure widespread communication is established. 6 tall steel towers were erected to transmit the radio signals and in today’s date, this is indeed a marvel to even think of. Even if you aren’t a huge fan of technology, you would fall in love with this site once you visit it.

Mining Area Of The Great Copper Mountain In Falun

Mining bought to the world some of the greatest structures. The wonders of the world were built using materials that were mined from the deepest points in the earth. Some of the techniques that were used in the past for mining and drilling very strong and heavy materials make many go in awe in this generation. Having a township around a place isn’t a very big deal in today’s time but the city of Falun was well planned to accommodate the domestic requirements of miners and to have a good social and professional life setting is the lesson and value this site provides to the world.

When you get to visit these sites in Sweden after getting a Swedish visa from Visa Express, don’t just look at it as another tourist spot. These are the places that help us take some valuable lessons for life. The region in itself is very pleasant and you’re sure to feel rejuvenated after your trip to Sweden’s World Heritage sites.