London Hotels: The Ritz or The Savoy? 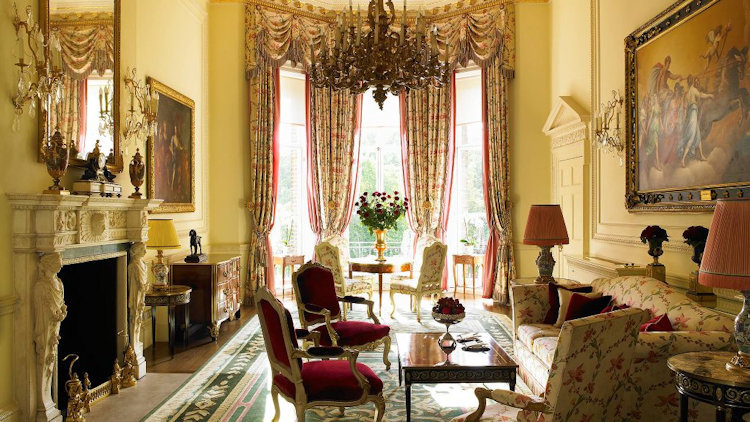 London is home to some of the most luxurious hotels in the world. When you think of grand accommodation there are two venues that spring to mind more than any others. The Ritz London and The Savoy are the two standout hotels for true magnificence, offering five-star service with the added feat of the sense of history just from stepping foot inside the two buildings.

The Ritz opened in 1906 as part of the Ritz group created by Cesar Ritz following in the footsteps of the Hotel Ritz Paris, which was built eight years prior to its counterpart in London. Ritz had previously been manager of The Savoy and tried to do his utmost to trump his past employer when he opened his second hotel in a major city and his first in England. It’s fair to say he achieved a great feat, although it is debatable whether he has surpassed The Savoy for the title of London’s most prestigious hotel.

Situated in the heart of the city in Piccadilly, it provides the perfect location for visiting major attractions – just minutes away by foot or alternatively on the tube as Green Park station is two minutes from the door. The hotel has always provided luxury and played patronage to HRH Edward VIII during the early years of its existence. It remained at the peak of high society in the United Kingdom during both World Wars, hosting key political figures, including Winston Churchill, Dwight Eisenhower and Charles de Gaulle.

As the hotel has aged it has been redeveloped to ensure that it remains up to highest standard of quality to retain its five-star rating. There are 136 rooms in the Ritz, although 25 are suites. Guestrooms begin in the range of £450 per night, while the suites can cost up to rates from £5,450 for the most luxurious rooms in the hotel. It’s an experience that cannot be passed up and The Ritz does boast an advantage over The Savoy, with The Ritz Club.

Located in the basement of the hotel, the club is a casino offering high-stakes games in poker, blackjack, roulette and baccarat. There are minimum bets of £25 or £50 depending on your room of choice, with the club providing four areas to gamble on the tables. For all the glamour of The Savoy, there is no casino situated inside the premises of the hotel; however, with the accessibility of online casinos, you can enjoy the luxurious casino experience from anywhere. The online casino industry is a highly competitive field with companies investing heavily in the range of titles they have available and you can see an example of this when you check out 777 Casino's new UK list. The sheer variety in this list shows how popular the online casino industry has become as there are a multitude of options to choose from.

Both have their strong points and there are next to no blemishes on their respective records – it will go down to personal choice on which hotel provides greater luxury. The Savoy offers a similarly convenient location for customers to move about the city, being situated in the Strand. Covent Garden is a short walk away, providing access to the tube and the opportunity to explore London. There are more rooms at The Savoy compared to The Ritz, although it is slightly more expensive with the cheapest room ranging in the £600 per night mark, while the suites begin at around £2,000.

The Savoy has a spa located within its premises while The Ritz doesn't, although it does provide massage services on demand. Whether that’s your cup of tea is completely up to you, and there is no chance you can possibly go wrong when choosing to stay at either hotel.