Luxury Teas You Should Try For Your Next British Afternoon Party 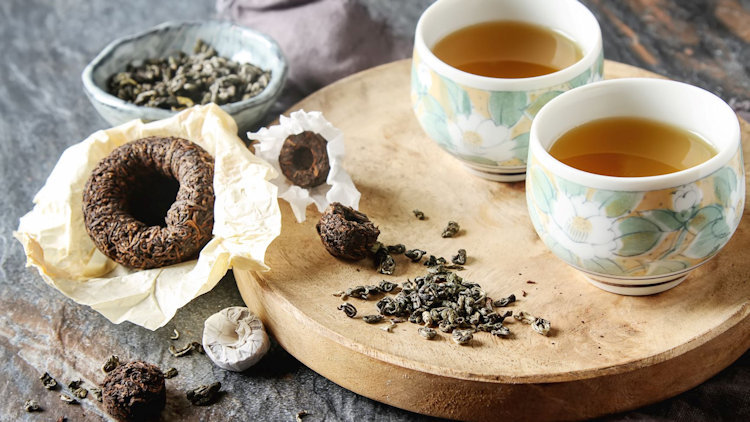 If you are trying to relax, warming up, or getting ready for work, a cup of tea always comes in handy. It's a trendy beverage and quite common in many cultures. You can drink tea at any time of the day. There are thousands of different teas to pick from. Each differs from the other in taste, flavor, caffeine levels, and even the mode of preparation. Traditionally, there are three categories of teas - black tea, oolong tea, and green tea.

Western cultures prefer black tea due to its bold flavor. Black tea accompanies creamy and sweet foods admirably. Green tea isn't oxidized. Therefore, it’s commonly used for its purported health benefits. Oolong tea is in between black tea and green tea. It’s partially oxidized and fermented, which brings out a deep, complex flavor and aroma. It has the benefits and flavors, carefully categorized and illustrated at www.heychina.com.au. These benefits come with black teas and green teas, albeit separately.

Types of Luxury Teas to Try

It's important to understand the types of teas for different occasions such as relaxing and catching up with friends. You can also sip on your favorite tea while marveling at the Buckingham Palace in the UK.

We look at the different types of teas you can try for your next British afternoon party.

Oolong teas are best served cold, unlike black teas. One oolong tea you should try is the oolong iced tea. It's a semi-sweet and slightly sour drink. It’s healthier than black tea since its oxidation is partial. The tea requires a dab of honey because chilling a tea makes it lose some of its sweetness.

Masala Chai (ginger spiced tea) is another afternoon tea, made using black tea spiced with ginger. This is an evening tea, enjoyed with delicious snacks. Its popularity originates from India, where the preparation involves a few other methods. For example, you can add milk to it, use jaggery, or put some cane sugar.

Categorized more as a herbal tea than a spiced tea, this is a type of spiced tea. It’s primarily a decoction of mint leaves. It contains honey as a sweetener instead of sugar and is preferably taken in hot afternoons. It has a very refreshing taste. Since mint tea is a cooling drink, it tastes better when served cold and is popular in Morocco.

Korean Yuza tea is a traditional Korean beverage whose main ingredient is the Yuja fruit. The Yuja fruit is a citrus fruit almost similar to a lemon, with the ripest being orange in colour. With honey as the sweetener, it's a healthy herbal tea for the treatment of colds and flu. Besides the ability to help with digestion problems, it's generally a very tasty drink. It’s preferably taken in the morning and during winter.

Also called the Thai Iced tea, it’s a refreshing and delicious tea made from lemongrass brew and is preferably served with ice. With a guided recipe, it's quite easy to make. It contains a mixture of green tea leaves, sugar syrup, and kalamansi juice. The most important part of the brewing process that makes it unique is the crushing of the lemon stalk to release the essential oils.

Having an itchy skin after touching the stinging nettle is only one side of the coin. Otherwise, nettle is one of the best herbal infusions in tea. It improves the general wellness of the body. Some of the health benefits of nettle tea include providing folic acid, iron, magnesium, calcium, amino acids, and antioxidants. While you can make multiple cups of teas in a day, you shouldn’t exceed four cups of nettle tea daily. Apart from the herbal benefits of nettle tea, it's a warming drink.

Pu-erh tea is a tea that’s both fermented and oxidized. It has a deep espresso flavor and traditionally used to wash down heavy meals. Like green tea, its production involves ripening by using heat and moisture. Good quality pu-erh tea tastes slightly sweet and smooth. It tastes bitter with age. Therefore, when in Britain and done having a heavy meal in the evening, pamper yourself with a glass of Pu-erh tea.

For a hot summer afternoon in Britain, enjoy a cup of chilled Raspberry iced tea. It's a summertime drink prepared by blending two elements; sweet tea and an infusion of raspberries. Both black and green teas combine to make the sweet tea. The black teas come across with a bold flavor.

Also known as the withered leaves and buds, white tea is sourced from young, springtime tea. This makes white tea more expensive than the other teas. When brewed, it has a floral fragrance and the color is gold. It has a very delicate flavour. If not well brewed, its taste isn't very pleasant. The tea isn't allowed to undergo oxidation. Therefore, it’s a healthy drink.

It's a very bright and refreshing tea that’s popular in the West. The earl grey tea has a citrus flavor that arises from the addition of synthetic bergamot oil. Bergamot is a bright orange fruit originally from the Mediterranean that gives the drink a fruity aroma while the taste excites the taste buds. Because earl grey is a black tea, it has caffeine levels similar to black teas.

While traveling and exploring the world, it’s great to have a refreshing cup of oolong tea, especially in the afternoon. Oolong tea is right in the sweet spot, where the benefits of black tea and green tea are in balance.

However, it's important to consider the cost of the different teas available. The price of green tea is three to four times the price of standard black teas. With many teas having the characteristics of both black and green teas, the ultimate choice of your luxury cup of afternoon party tea boils down to your personal preferences.