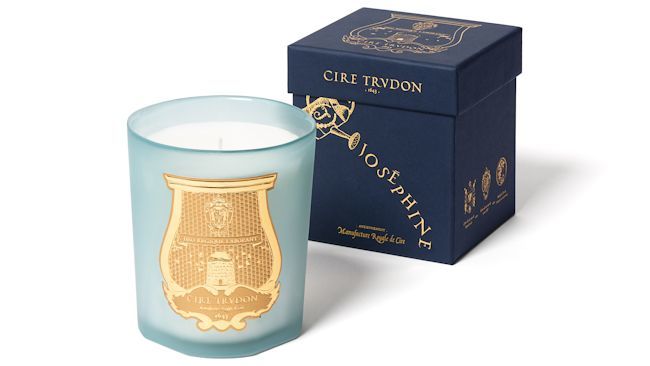 Marie Joseph Rose Tascher de la Page was born on the 23rd of June 1763, on the island of Martinique. Her love for fauna and flora takes seed in the fertile earth of that island paradise. She grows up on a sugar plantation. The young créole liked to observe flowers and stroll in the green forests filled with delicate scents. However, at the age of 16, she is obliged to leave her beloved island for her wedding in France.

She marries the president of the ‘Assemblée Nationale’ and thus becomes Joséphine de Beauharnais. Unfortunately, her husband is guillotined during the revolution. She finds herself a widow, but not for long… After two years of grief, she meets General Bonaparte, who falls madly in love with her. Joséphine remarries.

While her new husband soars through Italy, then Egypt, with the French Army, Joséphine looks for a domain where they can settle down once the wars are over. She falls under the spell of a ‘château’ in Rueil Malmaison. She buys it. Very quickly, she wishes to build a garden there between sky and earth that would have ‘its feet in stone and its head in the clouds’, free and sinuous.

Filled with nostalgia for her native land, the newlywed aspires to plant a selection of plants that smell like America. After the Brumaire coup d’Etat led by Bonaparte, she becomes Empress. The year 1804 has begun and the ‘château’ of Rueil makes its entrance in French History. Protected from all the political turmoil, it becomes the ideal refuge. She pursues her ambition of creating an atypical botanical garden. She seizes the opportunities offered by the Emperor’s campaigns abroad and the scientific expeditions organized by the Government, and imports rare plants.

Her olfactory memory plays an important role in the creation of this particular garden. She tenders for all the plants that remind her of the West Indies, like a crimson-flowered magnolia that becomes her favorite tree. The Empress demands the construction of very costly greenhouses where more than 200 new plants flower for the first time in France like the camellia, the phlox or the dahlia. She asks the renowned botanist Pierre Ventenat to make her green kingdom a botanical reference. The illustrator Pierre-Joseph Redouté draws every species of the garden. Daisies, tuberoses, peonies, lilacs, nasturtiums, hydrangeas, chrysanthemums, tulips, hyacinths and roses: not one flower can escape his brushes. He will even publish a book on the subject, ‘The Malmaison Garden’, which is a great success in France and Europe.

In 1809, confronted with the impossibility of conceiving a child together, Napoleon and Joséphine divorce. The Emperor leaves the Rueil ‘chateau’ to his first love. The fallen Empress stays there in solitude, surrounded by her flowers and her birds.