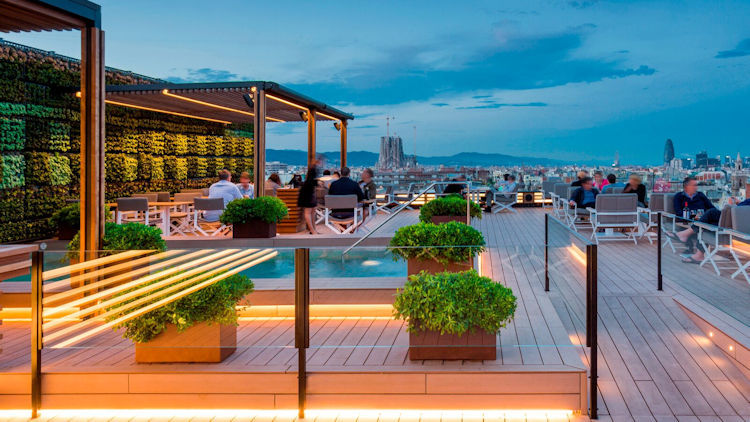 La Dolce Vitae is the largest rooftop terrace on famous Passeig de Gracia, offering impressive panoramic views of Barcelona and its most emblematic architectural icons, such as Sagrada Familia, Gaudí's Casa Batlló and Jean Nouvel's Torre Agbar. The terrace reopened last summer after an extensive renovation by interior designer Antonio Obrador offering a refined, contemporary style while maintaining its famous swimming pool at the center. It offers a menu by Chef David Romero under the guidance of Michelin-star Chef Nandu Jubany, the hotel’s chef consultant.

Founded in 2003, the Prix Villégiature Awards are presented annually honoring the best hotels in Europe, Africa, the Middle East and Asia. The jury is made up of 23 journalists from 15 different countries who choose the best hotel in 28 different categories. In 2018, the jury recognized Majestic Hotel & Spa Barcelona’s famous Majestic Breakfast Experience as the Best Breakfast in Europe.

Since its opening in 1918, Majestic Hotel & Spa Barcelona has played an emblematic role in Barcelona architecture, society and lifestyle, serving as the backdrop to important political and historical events, and welcoming through its doors some of the greatest personalities in art and culture. Located in the heart of Barcelona’s luxury and fashion district, the hotel’s history is among the richest in the Catalan capital.