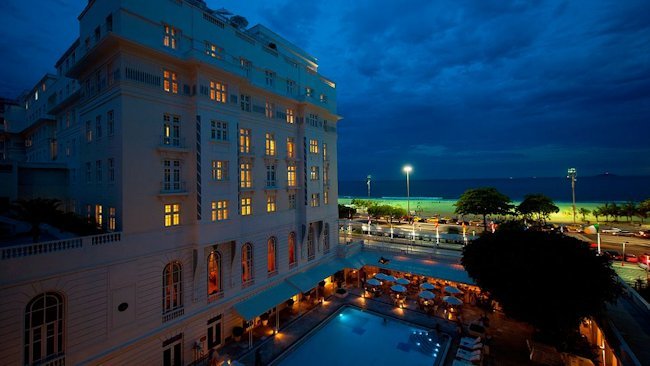 The 92-seat pan-Asian restaurant is listed in the first edition of the Michelin Guide Rio de Janeiro & São Paolo – the first edition of the Michelin Guide to cover South America. MEE is one of only six venues in Rio de Janeiro to be awarded a star and Michelin recommends the restaurant's spicy Thai salad with tangerine, quail's egg sushi with truffle, and Kobe beef tataki with ponzu sauce.

Under the watchful eye of Ken Hom, MEE's expert chefs perfected their Asian culinary techniques in Bangkok prior to the opening. The restaurant's innovative pan-Asian menu is complemented by a dedicated sushi bar, while Rio's only sake stewardess is on hand to pair each dish with over 25 varieties specially imported from Japan. An extensive drinks menu includes 18 cocktail creations and guests are also invited to select their favourite flavour of tea, which is then prepared to their personal taste and served at the end of the meal.

Belmond Copacabana Palace's General Director, Andrea Natal, says of the accolade: “We are delighted to be awarded a Michelin star just over a year after MEE's opening. This esteemed accolate strengthens MEE's position not only as the first luxury pan-Asian restaurant in Rio, but also as one of the city's best restaurants overall”. Ken Hom comments: “I am extremely proud that MEE has received this coveted recognition. The team and I are passionate about bringing luxury pan-Asian cuisine to Rio de Janeiro and will continue to develop the restaurant's innovative menu”.

Belmond Copacabana Palace is offering a special package to celebrate MEE receiving a Michelin star. Available until 27 December 2015, the Michelin Package starts from £568 plus taxes per room for two nights and includes luxury accommodation, daily breakfast and a tasting menu with sake pairing at MEE. To book or for more information, call 0845 077 2222 or visit
http://www.belmond.com/copacabana-palace-rio-de-janeiro/.
Like Us
Facebook
Follow Us
Twitter
Follow us
Instagram