Miami is the Most ROLEX Obsessed City in the World 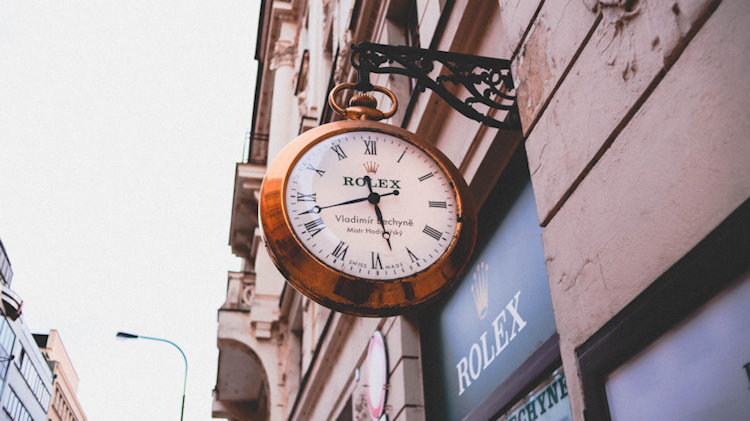 A new study by Est1897 has shown which cities are most likely to invest in a Rolex!

With an average cost of $9,700  per piece, in which cities are citizens most likely to sport a Rolex watch?

The study officially names Miami as the Rolex capital of the world, as there are more searches than residents in the city. But for the volume of people searching for the luxury models, the UK takes it home with the most engaged population.

The worldwide breakdown has analyzed search volumes for the luxury Swiss brand in cities all over the globe to determine which residents have the most expensive jewelry tastes.

Miami, one of the most lavish places in the world and party hotspot to celebrities and rich tycoons deserves its position as the official Rolex Capital. In the city, there are more yearly searches for Rolex than there are people, as monthly searches hit just under 50k! This popularity by those living in the city reveals the true fans of flashy jewellery, as even visitors may be influenced by Miami citizens' expensive tastes.

However, from the worldwide map, it's clear that the UK has the most people likely to purchase a Rolex. In the country, there are 6.3 million searches made each year, just over half compared to the 10 million made in the US. However, with the USA being 40 times bigger than the UK, a larger proportion of Brits are after a classic than Americans.

What's more surprising is the lush capital of London with an average salary of £37k, doesn't have the most expensive taste in the UK.

Shockingly, London didn't just miss out on the title by a few places, the city presumed to score high placed lower, at 20th position. Despite 3 million searches by Londoners for a Rolex, compared with its 9m population took them to a lower standing. Placing just after the sin city of Las Vegas although ahead of luxury locations Dubai, Los Angeles and New York.

Rolexes are world-renowned, luxury timepieces that are a serious purchase for prospective buyers. Setting buyers back from anywhere between £5,000 and £30,000, the jewelry is considered a high-priced investment.

The worldwide study looked at over 40 million yearly searches to determine which cities are searching most for the renowned luxury watch brand, with over 40 million searches a year to find the biggest lovers of the luxurious watch brand. The research was then assessed against population per city to crown the true Rolex capitals with the highest percentage of searches by population.

Ben Jarrett, from Est1897, said: "Rolex has always been and will continue to be one of the most significant watchmakers. As one of the most reputable watch brands across the world, that introduced trend-changing designs with completely inventive touches, the respected watch is a serious buy and one that takes real thought.

Many buyers will thoroughly research which model to purchase, which explains the high search volumes which have experienced a 23% increase in the last five years. It's interesting that Brits are the biggest lovers of Rolex, but it's no surprise to us as it's something we experience year on year. We sell preloved Rolex watches in excellent condition to over 2000 buyers over the recent year and with prices of a collectable used Rolex starting at £1995 they make for a great investment or start to any enviable watch collection"