4 Most Remarkable Islands in Australia 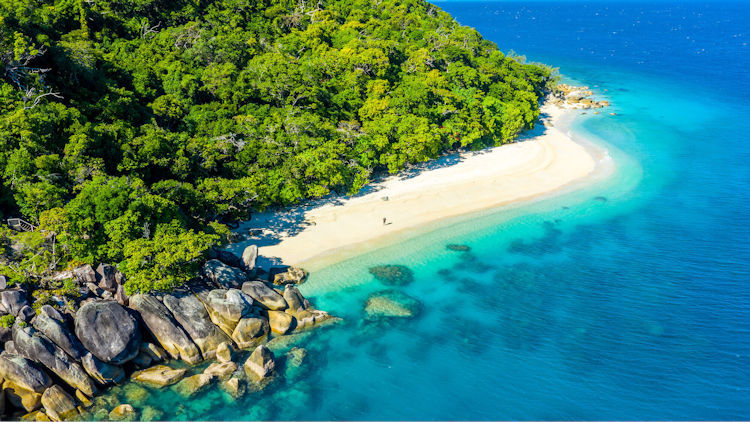 Australia is probably one of the most ideal countries for a vacation. It has a great geographical location, nestled within the clear waters between the Pacific and Southern Oceans. Because of this, the Land Down Under is rich with pristine white sand beaches, lush rainforests, and other natural attractions.

Australia is also blessed with over 8,000 gorgeous islands that are home to stunning landscapes and rich flora and fauna.

If you feel like island hopping on your next holiday, below are only some of the best islands that you must visit in Australia.

Fitzroy Island is arguably the most popular island destination in Australia. Thanks to its mountainous landscape, lush vegetation, and pristine white-sand beaches, thousands of tourists visit Fitzroy Island during the holiday season, especially in summer.

But sometimes, you don’t even have to go outside of the island for an adventure. Fitzroy is full of hiking and walking trails that will let you appreciate the rich flora and fauna of the island.

If you’re really into wildlife, you’ll certainly enjoy Rottnest Island. This island is home to local wildlife like quokka. The quokka is native to Rottnest Island and you can’t find them anywhere else but here!

You may have seen quokkas in your social media feeds. Yup, they’re the viral cute animals that were seen smiling with the tourists as they took their selfies. After going viral, the quokkas were dubbed as the world’s happiest animal and Rottnest Island became an instant travel destination!

Sadly, this local animal that caught the internet by storm is already an endangered species.

Aside from the quokkas, another animal that loves to mingle with tourists is the rare Humpback whale. You can observe them swimming near the shores during migration. Meanwhile, if you get on the Rottnest Island in the right season, you’ll also catch a nest of green turtles near the beaches enjoying the sun.

You can also observe exotic Australian crocodiles by the river in Rottnest Island if you want. Just make sure not to disturb them!

Lord Howe Island is another haven for animals, which also makes it a wildlife island destination and it’s also a UNESCO World Heritage site.

It’s located in the Tasman Sea, just a few kilometers East of Port Macquarie. It’s rich with avian and marine species, some are even the rarest of the rarest. That’s why it’s no wonder why hundreds of birdwatchers and other animal enthusiasts flock to this island just to get a glimpse of different wildlife animals.

Aside from watching the animals go about their daily lives, you can do other fun activities like fishing, diving, kayaking, and snorkeling.

The best thing about Lord Howe Island is that the entirety of it is well regulated to preserve the natural habitats of wildlife animals. An anti-crowding policy is implemented on the island, which says that only 400 tourists are allowed in the whole vicinity at any given time.

This policy allows tourists to enjoy everything that the island has to offer without compromising the innate beauty of Lord Howe. Also, if you hate too many people, you know where to go!

Last and certainly not least, Lady Musgrave Island. Just like Fitzroy Island, Lady Musgrave is one of the 900 coral islands that sit along the Great Barrier Reef in Tropical North Queensland.

It’s incredibly small compared to Fitzroy. It measures no more than 14 hectares. But make no mistake, Lady Musgrave Island is also a crowd favorite despite being small and not having too many activities to offer.

By the way, Lady Musgrave Island is also a UNESCO World Heritage site just like the Great Barrier Reef and a national park as well. If you’re into diving and snorkeling, Lady Musgrave is a perfect spot because it has its own protected lagoon and a reef collection that stretches up to 3000 acres.