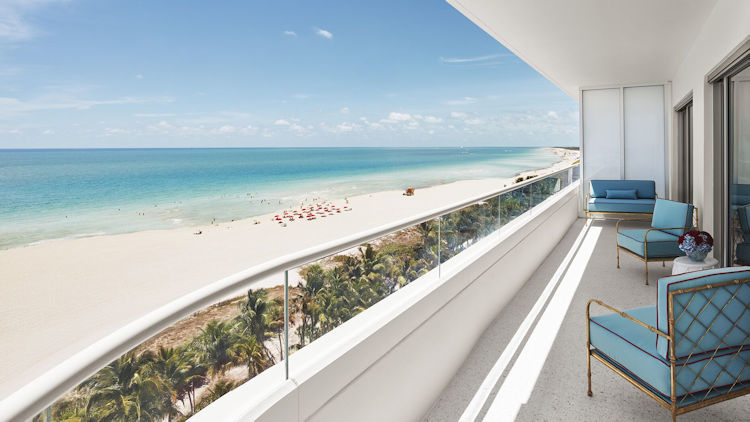 Formerly the historic Saxony Hotel, Faena Hotel Miami Beach features 169 rooms and suites and 13 penthouse residences spanning the top two floors of the property, all of which was designed by visionary Alan Faena. To make his vision come to life, he enlisted film director/producer Baz Luhrmann and Academy Award winning costume designer Catherine Martin to develop the narrative for what would become the essence of Faena Hotel Miami Beach. The Saxony was originally built in 1947 and reigned in the 50’s and 60’s as one of Miami Beach’s first luxury hotels; it was considered the epitome of modern glamour, where Hollywood icons Frank Sinatra, Marilyn Monroe and Dean Martin entertained the crowds. The intimate Faena Theater, marked by gold-leaf and red velvet decor, a dramatic curtain, and a gorgeous statement chandelier, can be seen in season three of Amazon’s Emmy award winning show, The Marvelous Mrs. Maisel. Fans of The Marvelous Mrs. Maisel can watch comedian Midge Maisel take her act to Miami as she performs on the stage of the glamorous Faena Theater. 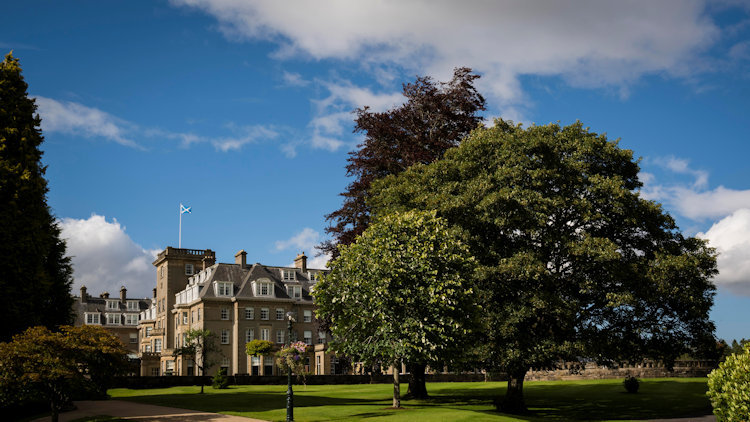 Named best drama series in this year’s golden globes, Succession’s second season sees the entire Roy clan travelling to Logan's hometown of Dundee, Scotland, for a celebration of Logan's 50 years in the business. As a part of their trip, the Roys stop at Gleneagles in Scotland, and the stunning hotel serves as a film location and the gorgeous setting for several scenes. Gleneagles is the breathtaking countryside estate set beneath the Ochil Hills in the heart of Scotland and a glorious playground of country pursuits. With guests arriving in great style via Gleneagles’ very own train station since the Roaring Twenties, the 850-acre estate epitomizes the natural beauty for which Scotland is famed. Now under the ownership of Ennismore, great care has been taken to restore Gleneagles to its rightful place as the most-coveted luxury escape in Scotland. Boasting 232 guestrooms & suites, Gleneagles’ offers warm country estate-style accommodations and a wide range of suite categories. A destination for unparalleled fun and adventure, Gleneagles invites guests to enjoy an extensive menu of leisure activities and sports including championship golf courses and over 20 outdoor activities from falconry to shooting to archery and more. 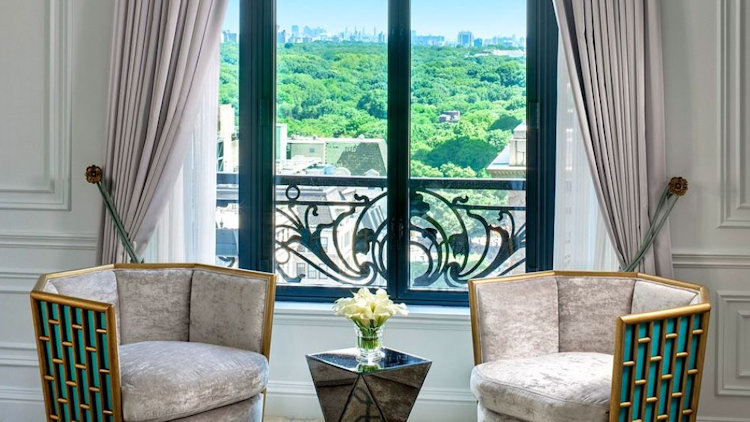 The St. Regis New York, founded in 1904 has long served the home-away-from-home for movie stars, fashion designers, entertainers and royalty.  Beyond the hotel’s undeniably impressive list of celebrity clientele, The St. Regis New York has been featured in iconic scenes of many modern classics - from the famed closing scenes of the acclaimed Francis Ford Coppola film, The Godfather Part I, to bar scenes in the 1996 comedy, The First Wives Club, The St. Regis is no stranger to Hollywood’s silver screen. The hotel is also featured in the fashionista favorite, The Devil Wears Prada. Simon Baker’s character hands the coveted Harry Potter manuscript to Anne Hathaway’s character in the King Cole Bar and Anne Hathaway caters to Meryl Streep in her faux-Paris apartment – in fact, a Grand Suite at The St. Regis New York. Additionally, the St. Regis New York serves as the backdrop for multiple television shows. Blake Lively sipped martinis in front of the hotel’s iconic King Cole mural in the Upper East Side socialite drama, Gossip Girl. Damian Lewis’s character Bobby Axelrod has an encounter at the historic King Cole Bar in season 3 of Billions. Even favorite Sex and the City star Sarah Jessica Parker was filmed in the Presidential Suite at the St. Regis New York for the celebrated series’ final episode. 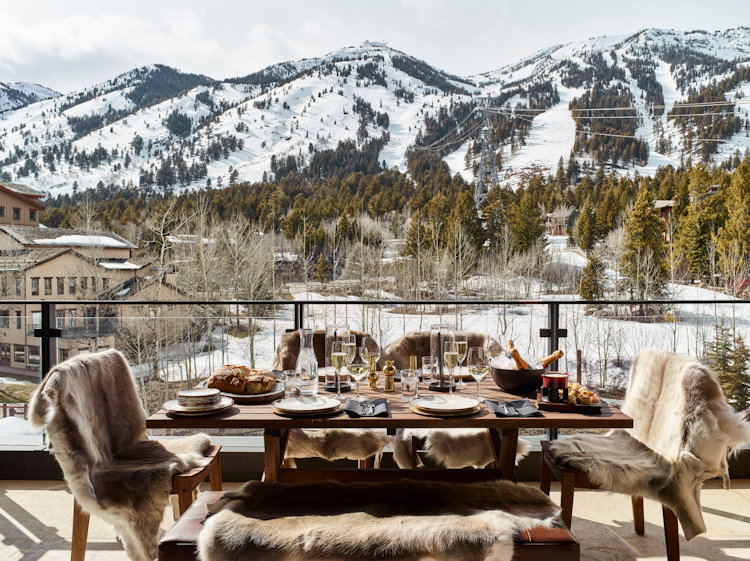 On this season’s finale of Keeping Up With The Kardashians, the Kardashians and Jenner clan vacationed at Caldera House, the 8-suite luxury hotel and alpine club in Jackson, Wyoming. The Kardashians are known for their epic vacations and Caldera House was poised to deliver an unforgettable one as the luxury retreat boasts a remarkable location, extraordinary design, unmatched personalized service and exclusive experiences and adventures immersing adults and kids alike in one of the country’s most spectacular terrain. The property took 6 years to build and was a $100 million investment. There are 4 two-bedroom and 4 four-bedroom suites, as well as a lobby lounge, two distinct restaurants and spa.