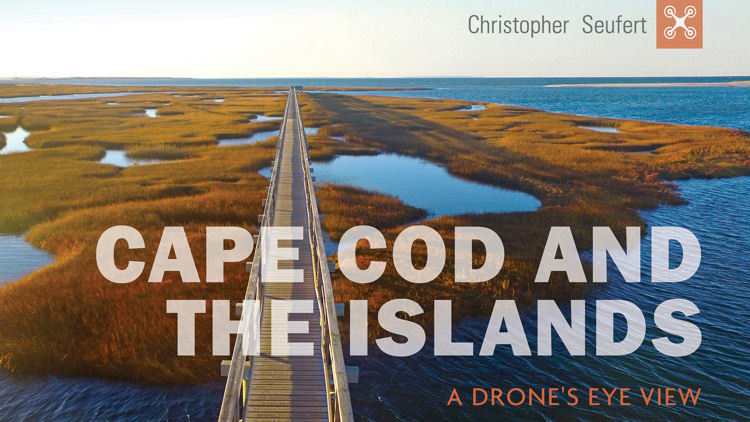 What do the wreck of the Liberty ship James Longstreet, Provincetown dune shacks, a great white shark, and surfers at Wellfleet's Lecount Hollow have in common? They're all captured from altitudes of up to 400 feet in photographs by Cape Cod native Christopher Seufert in Cape Cod and the Islands: A Drone's Eye View.

More than 100 images reveal the cape's ocean currents, tide pools, geological forms, and orderly town grids from never-before-seen angles and perspectives. They also give equal exposure to both hidden corners and well-traveled landmarks of every town on the cape, including Martha's Vineyard and Nantucket.

The author's creative use of the latest drone technology will be a revelation for even the most seasoned Cape Codder. Christopher Seufert is a photographer based in Chatham, Cape Cod. He has been an aerial photographer since 1992 and received a commercial UAV license with the FAA in 2016. He is the author of six Cape Cod photography books, including The Cape Cod National Seashore: A Photographic Adventure & Guide (Schiffer 2012) and Cape Cod & Islands Reflections (Schiffer 2010). He leads custom photographic tours throughout Chatham, Cape Cod, and the national seashore. Seufert lives with his two children, Ethan and Stella, on the beach and runs Chatham Drone Solutions, CapeCodPhoto.net

Buy book on Amazon.com: Cape Cod and the Islands: A Drone's Eye View 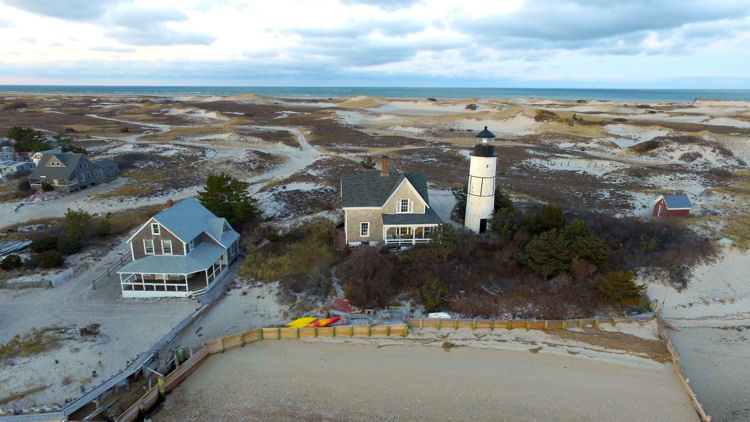