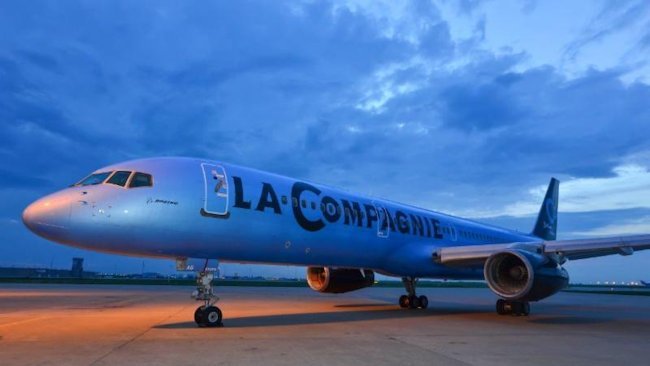 La Compagnie is an entrepreneurial initiative created by Yvelin and Peter Luethi. Contemporary businessmen, the duo created La Compagnie ("The Company") for travelers who not only travel business class, but also know from experience what it means to be in business.

"It is time to bring business-class air service back to where it belongs where personalized service is offered at respectable fares," said Franz Yvelin. "With French style and American dependability, La Compagnie will become the choice of the current generation of hard-working business travelers who demand something more from air transportation."

La Compagnie will start operations with a redesigned Boeing 757-200 dressed in the airline's signature baby blue hue. The plane will offer four to five weekly flights throughout the summer, with scheduled departures out of Paris at 17:50 arriving in Newark at 20:30, and out of Newark at 21:45 arriving in Paris at 11:15.

The B 757-200 is the best plane adapted for La Compagnie's cross-Atlantic route: it has a range of 3,900 nautical miles and modern winglets to cut fuel consumption. The interior design offers 74 "lie-flat" seats creating a 2x2 configuration throughout a single aisle cabin with no dividing class curtain. Overhead luggage bins are amply sized. The interior cabin is sleek and stylized with leather headrests and armrests in La Compagnie's signature baby blue. Additional interior tones are muted: from the wood grain of wallboards to the blue-speckled grey carpeting.

Each La Compagnie flight will be crewed by two pilots and three flight attendants fluent in international languages. The experienced cockpit crews have profiles approved by the French Civil Aviation Authority.

The cabin crew will be outfitted in stylish signature uniforms designed by the French fashion house Vicomte A, whose colorful ready-to-wear line combines an aristocratic tradition and elegance as well as French know-how and "art-de-vivre."

Passengers will be comforted by in-flight amenity kits including Caudalie cosmetic products, as well as in-flight meal service with menus created by Christophe Langree, the Michelin-starred chef of Hôtel Matignon in Paris, which serves as the official residence of the Prime Minister of France. La Compagnie's fleet will also be equipped with complimentary WiFi Internet service, and all seats will have personal Samsung tablets uploaded with an assortment of books, magazines, music and movies.

For more information or to make reservations with La Compagnie, please contact (800)-218-8187 or visit www.LaCompagnie.com starting July 1, 2014. Please note: the call center and website in the United States will be available after receipt of US government approval.