New Bar & Restaurant Openings in Buenos Aires for Every Palette 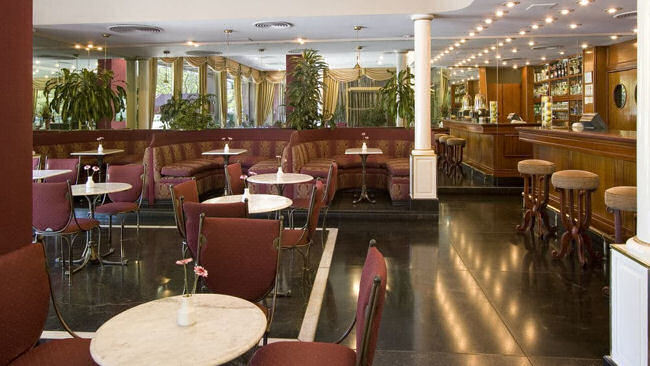 Embracing Buenos Aires’ charm, these new spaces meld European sophistication with South American warmth and the sense of family, where it’s more than just the food: it’s the ambience and conversation over the table with friends new and old.

Among the chicest new offerings is Presidente, in the exclusive Recoleta neighborhood, opened by one of Buenos Aires’ most renowned mixologists, Seba García. Formerly of the Harrison speakeasy, and an ambassador for Italian drinks brand Campari, Garcia wanted his own new place, where he said “foreigners who come can drink Buenos Aires in a cocktail.” The space is inside of a small hotel filled with wood, lamps with hanging crystals and books, the atmosphere pulling in locals and visitors alike. The drinks menu is a fusion of ingredients from all over the world, married with Argentina’s best ingredients. For example, one of the cocktails consists of cardamom and lemoncello, mixed with yerba and honey from Balcarce in the province of Buenos Aires. The menu of sushi and other small plates is overseen by Santi Ferrer.

Secret restaurants are the rage in Buenos Aires, with the newest being Bread & Butter, the latest creation of Argentine chef Isidoro Dillon and his British journalist girlfriend Vanessa Bell. Known for his earlier unusual Nordic restaurant Söder, Dillon marries Scandinavian and British cuisine, along with an eclectic, chaotic interior tucked inside a sprawling warehouse. Some of the delicious offerings include duck with beets, morels, truffle milk or trout with miso carrots. To find out the exact location in Palermo, visitors need to send a private message through Instagram @breadandbutterba.

Step into another world underground, where New York meets Buenos Aires at Uptown, a new restaurant and bar by the creators of the Harrison speakeasy, designed by architect Paula Peirano. The subterranean setting is reached through its own subway opening, and is decorated with New York’s iconic off-white rectangular tiles and a real train car. The house mixologist is Luis Miranda, who hails from Doppelgänger, with menu overseen by Dante Liporace, who had previously worked as chef to the President of Argentina, Maurico Macri in the Casa Rosada. His cuisine at Uptown is inspired by New York’s most famous immigrant neighborhoods, Little Italy and Chinatown. (And Buenos Aires’ own Chinatown is only a few blocks away to explore before or after!)

The long-awaited opening of Tanta Buenos Aires comes in April. Tanta is the creation of Peruvian Chef Gastón Acurio, who helped make ceviche and other Peruvian dishes known throughout the world after opening Astrid & Gastón and La Mer with his wife, the German Astrid Gutsche. Their shared gastronomic passion began when they met as students at Le Cordon Bleu in Paris. Built into the new Tower Bellini on Esmeralda and Paraguay Streets, the restaurant will be massive, filling over 8800 square feet with a 330 square feet bar where Piscos will reign. There will even be an interior jungle under skylights. The Peruvian creole cuisine will offer more than just ceviche, from salted beef, to empanadas, to garlic hen and cured lamb. Tanta is a global brand, with branches in Peru, the United States, Chile and Bolivia.

Caballito might feel off the beaten path to most people who only head downtown or to fashionable Palermo, but this solid working class neighborhood is the geographic heart of Buenos Aires, and a favorite of locals. Make the pilgrimage here and find the most delicious Tex-Mex and American comfort food at La Villa, on Acoyte, near its original space. Knowing how popular their original restaurant was, co-owner David Sovilj says the new place will be more than twice the size, at 650 square feet. The grilling will be done over firewood, giving an even more monumental flavor to their famous burgers. Beers, mixed drinks and other south of the U.S. border treats are all in their Pan-American offerings.

Already known for his Argentine-Jewish Yiddish fusion restaurant Mishiguene (meaning crazy in Yiddish), where he made guilt ridden apologies to say he was not competing with anyone’s grandmother, Tomás Kalika is taking his concept further. Mishiguene Fayer opens late March or April in Palermo near the La Rural convention complex. Fayer is Yiddish for fire, and everything here will be grilled, with as many as “six different fire situations,” Kalika says. The new location will have 80 tables, and continuous service from noon until midnight. The menu has not been released, but his popular grilled pastrami will be included along with Patagonian beef, and quail, lamb, and duck sourced from Argentina’s legendary Pampas.
Like Us
Facebook
Follow Us
Twitter
Follow us
Instagram