Newport, Rhode Island: The City by the Sea 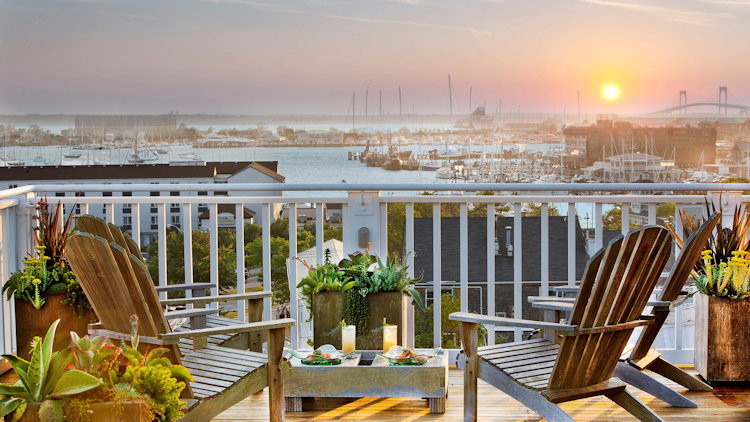 The road less traveled won’t lead to Newport.  In fact, just the opposite is true.  For more than 375 years, Newport, Rhode Island has welcomed tourists from near and far, thus its moniker America’s First Resort. The destination evolved from a haven for religious dissenters, a prominent Colonial era port and Gilded Age playground to a locale ripe with art, culture and history. Like the ocean, Newport doesn’t strive to be. It just is. And my visit to this timeless coast was both everything I expected and yet enjoyably unpredictable.

Newport’s history is ubiquitous and the identity of this little New England town, beyond the beaches and the lobster shacks, has long been associated with its Gilded Age mansions, its impressive boats and cars. People come to gawk at how the country’s elite – the Astors, the Vanderbilts, the Morgans – lived more than a century ago.  However, Newport is more than a protected historical locale.  There’s a town with a genuine personality, one with quirky cocktail bars, elegant bistros, and a fishing culture every bit as authentic as eastern Long Island. In fact, Gurney’s, the luxury brand long identified with Montauk, just opened its second property here.  Located on Goat Island, it’s connected to downtown Newport by a short bridge and high rollers can access the property via sea plane from Manhattan in less than an hour. 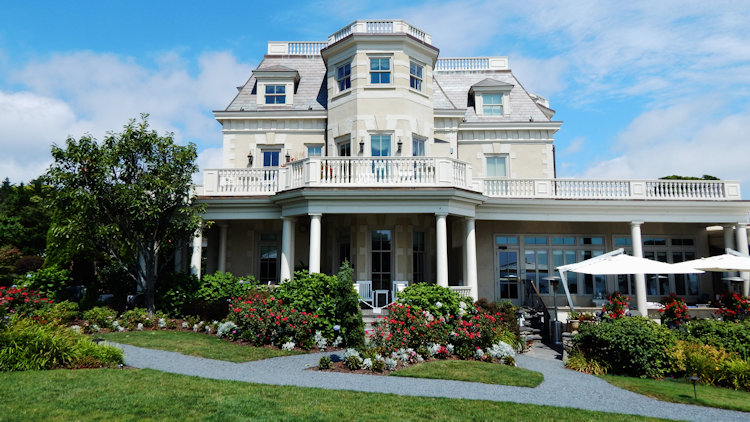 Courtesy of The Chanler 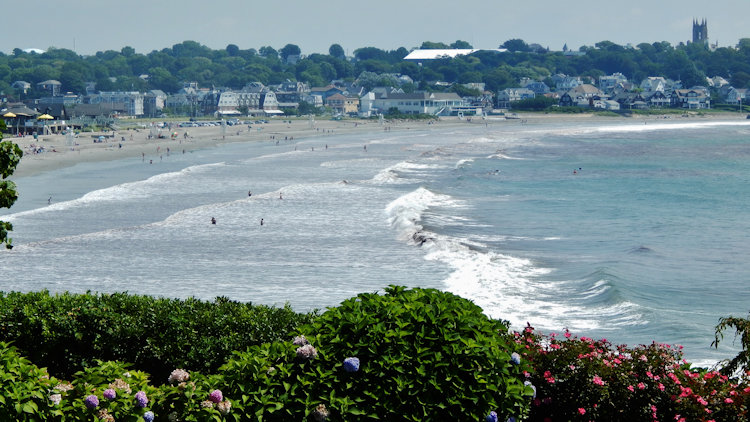 A Cool Walk along the Cliffs

Upon my arrival, I made a beeline for The Chanler at Cliff Walk, a hotel sited on this famed walk, bordered by the Atlantic Ocean and surrounded by some of the most famous mansions in New England.  The Chanler is housed in a 19th century mansion originally built by New York Congressman John Winthrop Chanler and it retains all of its authentic charm.  I lunched at the elegant Cara dining room with a view of an open kitchen as well as the roiling Atlantic. This is the crown jewel of The Chanler and its name conveys a simple yet beautiful juxtaposition to the restaurant’s creative menu. My repast was creative and a fine way to set off on my Newport adventure. 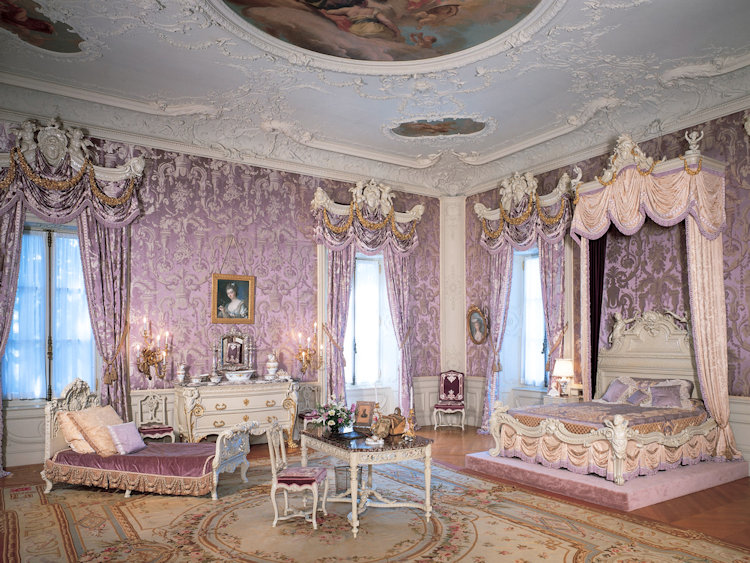 One of the most popular, not-to-miss activities in this town is, of course, visiting The Mansions! I found a world of exceptional elegance in architecture, art, interior design and landscapes as I explored 250 years of American history at these historic palaces. My favorite was The Breakers built in 1895, the surviving jewel of Cornelius Vanderbilt II and his New York Central Railroad fortune. Standing in the two-and-a-half-story high Great Hall, and then being gob-smacked by the pure platinum-leaf wall panels of the Morning Room was an experience so heady that I sought the calm of the property’s hushed gardens  just to sit for awhile and ponder this lifestyle so over-the-top opulent and never to be again. Another winner – Marble House! Created by Alva Vanderbilt and Richard Morris Hunt, it was inspired by the Petit Trianon at Versailles.  The mansion, built between 1888-1892, contains 500,000 cubic feet of marble, and in summer, Mr. and Mrs. William K. Vanderbilt called it home. 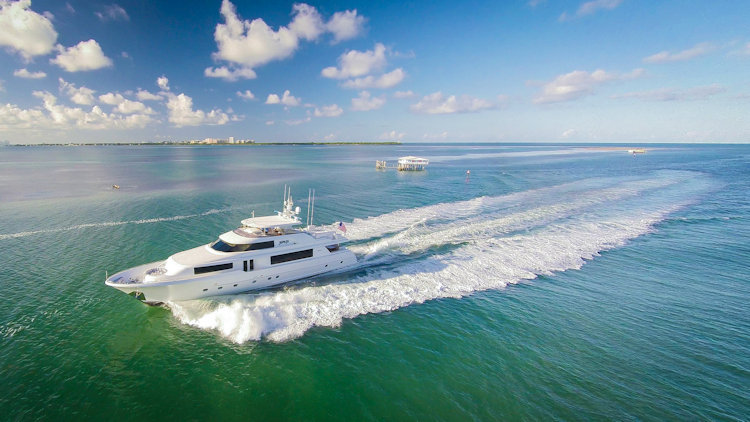 Just a few of the many fun activities besides palace-peeping – I enjoyed a Viking Tour of the town.  Sitting comfortably in a climate-controlled trolley, my 90-minute outing cruised 10 miles of Ocean Drive and the splendors of the North Shore.

I was eager to check out the just-completed $3 Million Renovation of the International Tennis Hall of Fame Museum. There is an engaging, diverse collection of memorabilia from the 14th century through today housed in the historic 1881 Newport Casino, a McKim, Mead and White-designed complex.  Though not a tennis aficionado, this visit was educational and well worth it.

A highlight was boarding the yacht Madeleine at Bannister’s Wharf for my sunset sail of Newport Harbor. On this 72-foot, three-masted vessel, we cruised the landmark sights of Goat Island, Fort Adams, and Hammersmith Farm – the site of the Kennedy wedding reception in 1953.

Sunset, by the way, is highly revered in Newport and never more than at The Lawn at Castle Hill.  As I approached this property, I saw groups of merry-makers scattered around a rolling green lawn that ended at the very foot of Narragansett Bay. This pastel-perfect scene of people lazing on Adirondack chairs, cocktails in hand and a great orange ball of sun slipping into the horizon was so inviting that I was there in a flash, and enjoyed a unique and memorable sunset.

So, it was now sun down but so what!  I was off to drinks on the rooftop bar of The Vanderbilt, a meticulously restored vintage Newport mansion built in 1909 by Alfred Gwynne Vanderbilt, a scion of, yes, that wealthy family, and just minutes from the waterfront. From this pretty terrace I had a great view of the city in all its iconic glory. 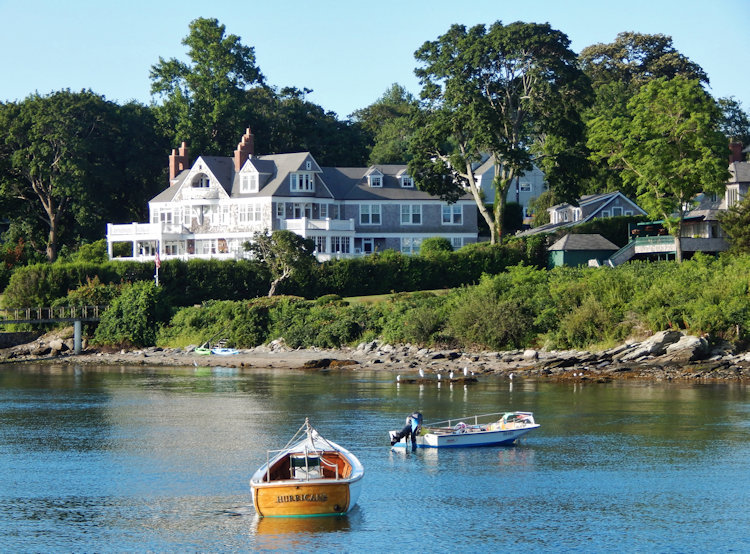 The Sailing Capital of the World

Newport has a longstanding sailing history that is evident everywhere from the many Colonial sea captains’ homes that line the streets, to the busy harbor that is a home port to some of the most renowned sailing yachts in the world. There’s even a busy downtown street, America’s Cup Avenue, dedicated to this most famous sailing race. So – for all you lovers of sailing, whether it’s your life’s passion or simply a hobby, let me introduce you to AvYachts.

I was lucky to first meet up with one of their vessels one morning in New York Harbor where I had a bountiful breakfast and an impressive grand tour.  I was smitten and decided to visit again when I found they would be docked in Newport. This time I overnighted in my very own suite and had the chance to more fully experience what life aboard a yacht can be. Sweet!

AvYachts is shared yacht ownership that offers a yachting experience at a fraction of the cost with 0% of the stress. AvYachts brings to yachting the fractional ownership model pioneered by private jet travel such as Flexjet and NetJets.  Owners can purchase a share in a luxury mega yacht, each share entitling its owner to six weeks annually aboard a fully crewed vessel where one travels to some of the world’s most sought-after destinations. The sign-up line forms right behind me!

I decided to end my seaside visit on a …er …high note so it was off to the famed White Horse Tavern. No building is believed to be more typical of colonial Newport than the Tavern with its clapboard walls, gambrel roof and plain pediment doors.  When I entered I saw giant beams, a small stairway against the chimney, a tiny front hall and a cavernous fireplace. It is the oldest operating restaurant in the U.S., having served guests since 1673.  I lunched on – what else – Rhode Island clam chowder followed by a Rhode Island lobster salad BLT and washed down with lovely French Chardonnay. Multiculture at its best. 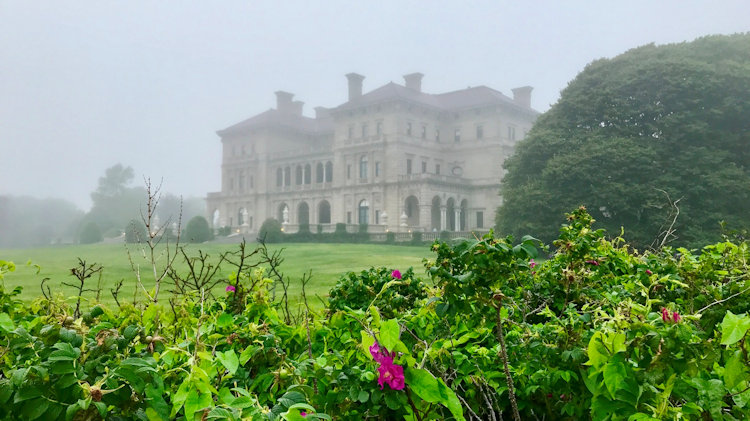 Courtesy of The Breakers