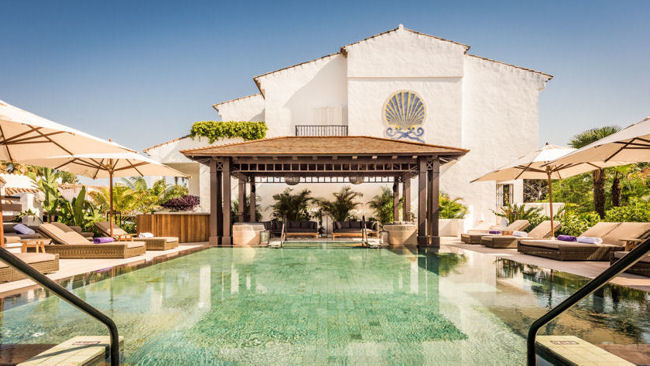 Since its inception in 2009, owners Nobu Matsuhisa, Robert De Niro and Meir Teper, intended for Nobu Hotels to stir the hospitality industry and change the game. With seven hotels already open, 2018 is anticipated to be a phenomenal year for Nobu Hotels with five new hotel openings.

CEO Trevor Horwell stated: “Our brand is already well-established and it’s an exciting time for Nobu Hotels. With five new hotel openings in 2018, we are continuing our solid world-wide growth.”

A globally recognised brand, each of the five new hotels will exemplify what Nobu has come to stand for – a distinct place to relax and savour an experience, in an atmosphere charged with a sense of being a part of something rather extraordinary.

Launching in Q1, Nobu Hotel Marbella will be bringing style and sophistication to the ‘Golden Mile’ of Marbella in March 2018. Exclusively for grown-ups, this will be Nobu Hotels’ second resort in Spain following the launch of sister property in Ibiza earlier this year. The resort offers chic guest rooms and suites overlooking the excitement of the Plaza, a private rooftop pool, beach, spa, fitness, tennis, endless recreational activities including an exclusive access to the hottest nightclub in Costa del Sol.

Following suit in Q2, Nobu Hotel Riyadh is an urban oasis in the heart of the city. The modern 23-story glass-panelled skyscraper will offer 134 thoughtfully designed guestrooms and suites, all elegantly styled with subtle design touches reflecting Nobu’s Japanese heritage.

Mexican resort region of Los Cabos is soon to play host to Nobu’s very first hotel in Mexico. With casual elegance, clean lines, and a play between light and shadows, Nobu Hotel Los Cabos will be bringing a brilliant fusion of contemporary Japanese minimalism and the soul of Cabo’s laid-back style. With 200 guest rooms and suites, Nobu Hotel Los Cabos opens to expansive views of a magnificent beachfront on the inviting shores of the Pacific Ocean.

Nobu Hotel Barcelona will be a vibrant and lively refuge set in a prime central location, embodying the best of the brand’s effortless style and carefree attitude. With an integrated mix of a Nobu Hotel and Restaurant reflecting innovation and imagination, Nobu Hotel Barcelona will offer 250 sleek rooms and suites, as well a world-class Nobu restaurant offering panoramic views of its iconic locale from the majestic heights of the 23rd floor.

Synonymous with instinctive design, world-class dining and the highest level of service; Nobu Hotels offers a seamless integration of hotel and restaurant that successfully interweaves the local vibe from each destination with the global spirit of the brand.