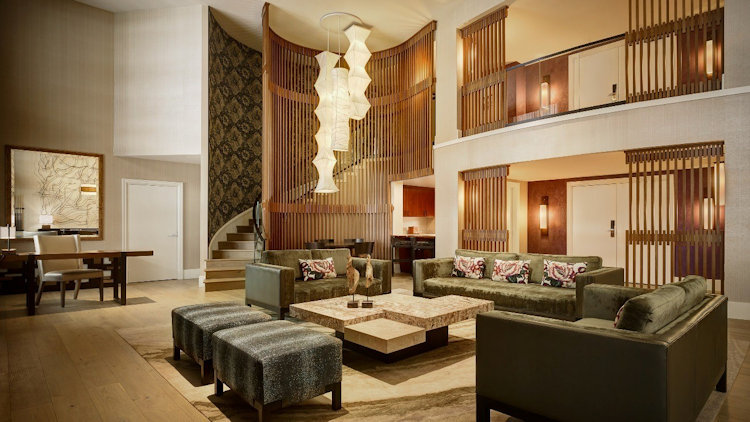 Highlights of the new guest rooms and suites re-envisioned by the award-winning global architecture and design firm Rockwell Group include:

Additionally, the redesigned guest corridors feature a custom carpet with rippling forms, suggesting a pond of koi fish that cluster at each guest room door, and patterns inspired by suminagashi – the art of Japanese paper marbling. The new inset lobby carpet depicts monumental slabs of marble and agate surrounded by gold veining, with pops of gray, rust and blue.

This is the first of several projects to be completed as Caesars Entertainment, Inc. expands its longstanding partnership with Nobu Hospitality – the global lifestyle brand founded by Nobu Matsuhisa, Robert De Niro and Meir Teper. A new Nobu restaurant is set to open in Paris Las Vegas in early 2022, followed by the anticipated opening of Nobu Hotel Atlantic City and restaurant within Caesars Atlantic City this summer. In 2024, Nobu Hotel New Orleans and restaurant are expected to open within Caesars New Orleans, currently under construction.

For more information and to book the new rooms at Nobu Hotel Caesars Palace, visit caesars.com/nobu-caesars-palace.