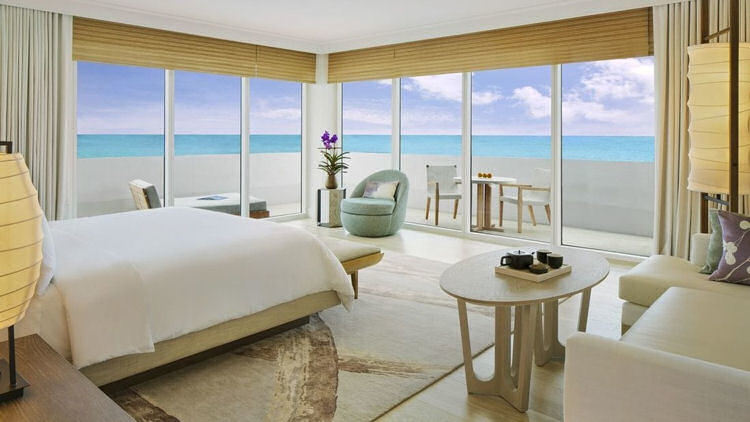 With seven hotels currently open and eight new hotels opening this year and next, Nobu Hospitality is on track to have 20 Nobu Hotels globally by 2020.

Nobu Hotels was founded in 2009 after extending the Nobu Restaurant brand into a global lifestyle hospitality brand synonymous with instinctive design, fine ingredients, great social interaction and experiences each different, but fused with powerful energy and a passion for service. Nobu Hotels was founded by Nobu Matsuhisa, Robert De Niro and Meir Teper - who are currently celebrating 25 years in the hospitality industry after the opening of the first Nobu restaurant in 1994.

“Nobu is constantly evolving and we touch all types of customer. This is truly an exciting time for Nobu Hotels,” says Trevor Horwell CEO Nobu Hospitality group. “Our brand is already well-established globally but staying in tune with our next generation of customer is at the forefront of our brand ethos.”

“Fundamental to the brand is customer content. Content creates memorable experiences and Nobu’s intention is nothing less than to stir the industry with new and exciting product but more so it’s what our customer says about us that matters,” says Horwell.

Nobu is not a carbon copy of the first and each hotel is fully engaged with locality. From David Rockwell’s beach-house inspired rooms in Nobu Hotel Miami to the street art feel cool vibe of London’s Nobu Shoreditch Hotel - every property mirrors the personality of that given destination, bringing in visitors whilst simultaneously tapping into the local market. Newly opened, Nobu Ryokan Malibu and Nobu Hotel Ibiza Bay have already been named as some of the world’s best new hotels.

Looking ahead, Nobu Hotels will also introduce Nobu Residences in Toronto, São Paulo and Los Cabos to further exemplify the spirit of bringing in locals to the Nobu destination. Nobu has come to stand for: a place to relax, to live, and to savor an experience– all in an atmosphere charged with a sense of being a part of something rather extraordinary.