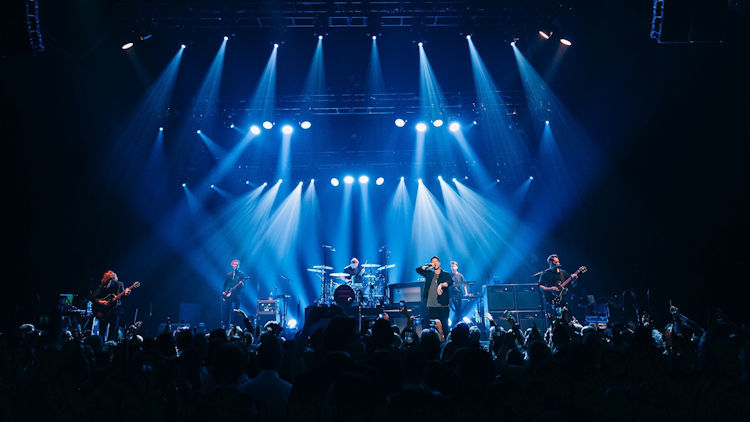 As the 2019 Dubai Airshow celebrations come in to land for another year, VIP’s, show delegates and guests were treated to an incredible performance by the hugely anticipated headline act for the invitation-only Gala Dinner, OneRepublic.

The event was held at the spectacular Coca-Cola Arena in Dubai and attended by several dignitaries including HH Sheikh Ahmed Bin Saeed Al Maktoum, Chairman of Dubai Airports, President of the Dubai Civil Aviation Authority and Chairman and CEO of Emirates Group who, alongside Dubai Airport’s CEO Paul Griffiths, honoured Hazza Al Mansoori, the first Emirati astronaut, reflecting the ever-increasing Aerospace presence at the biennial Airshow. Also honoured were the four Aerobatic display teams invited to attend the 2019 Dubai Airshow, the UAE’s very own Al Fursan, Patrouille De France, The Blades from the UK and the Saudi Hawks from Saudi Arabia.

Returning to Dubai for the first time in almost seven years, the band took to the stage at the and played new songs “Wanted” and “Somebody to Love” as well as their international hits “Apologize” and “Counting Stars”, in an intimate 90-minute set to the audience of 3,500 guests. The OneRepublic front man, Ryan Tedder, also surprised the crowd by singing a couple of smash hits he had written for other artists – including the Grammy Award nominated song he gave to Beyonce, Halo.

Speaking from the front of the stage, lead singer Tedder reminisced with the audience about their previous visits to Dubai and how the Emirate’s continued growth astounds them every time they return, though the band was happy to find their favourite restaurant, Ravi’s, still there for lunch earlier in the day.

The party continued into the night on the dance floor of the arena with Dutch superstar DJ, Sam Feldt who played his recent hits “Post Malone” and the summer smash “Show Me Love”.

Widely regarded as one of the most sought-after invitations of the year, the Airshow Gala Dinner has attracted performances from a spectacular list of artists over the past three decades including Jennifer Lopez, Sir Tom Jones, Diana Ross, Stevie Wonder and Katy Perry.