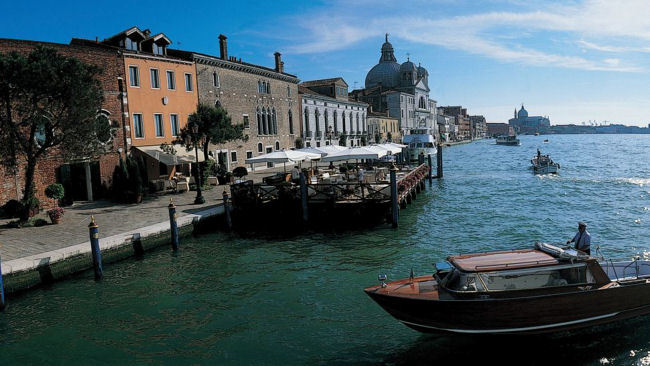 Art lovers will be on overload with more than a dozen NEW ITINERARIES that launch this spring, as they receive an intimate tutorial of some of the world's top works and experience the places that inspired them. Tours range from a three-day/two-night journey between London and Bath to a seven-day/six-night tour between London and Venice. Seven examine the classic works and figures of the Impressionist movement; four focus on the great works of Italian artists including Canaletto, Bellini, Titian, and Veronese; and two study the collections of the newly reopened Holburne Museum in Bath.

All tours begin at the National Gallery, where a specialist introduces a selection of masterpieces that will later be matched with the places and landmarks depicted within them. For instance, a viewing of Monets in London is followed by a trip to the artist's home at Giverny; an immersion into the work of Canaletto is followed by roaming the very same canals and piazzas of Venice. Guests travel through art history in style aboard both the iconic Venice Simplon-Orient-Express and British Pullman, accompanied by the National Gallery specialist.

For example, Impressions of Paris is five-day/four-night tour through the life of Monet, taking guests from the country's capital of Paris to the artist's country home in Giverny.

• Start with a tour of the works of Monet and his contemporaries at the National Gallery (and perhaps wake up early enough the next day to see the Thames at Westminster – a scene the artist captured during his stays at the Savoy Hotel in London).
• Depart for Paris the following morning aboard the Venice Simplon-Orient-Express. Two of the train's art deco carriages were already in glamorous service when Claude Monet was producing his final masterpieces.
• Visit the artist's home at Giverny and the old churchyard in the Normandy village where he is buried.
• On returning to Paris, enjoy a wonderful selection of impressionist works at the Musée de l'Orangerie des Tuileries and the hidden gem, the Musée Marmottan-Monet.
• Accommodation includes the Goring Hotel in London and Hotel San Regis in Paris.
• This tour operates on April 9, May 7, June 25, July 27, August 24, September 24, and October 22, 2011 with rates from $4,930 per person sharing, $7,620 single.

The Venice of Canaletto is a seven-day/six-night tour that follows in the footsteps of the artist forever tied to the canal-strewn city.

• Start in London at the Goring Hotel before a guided-visit at the National Gallery and a private dinner in the gallery's Trafalgar Room.
• Spend four days exploring the city with a National Gallery expert along with a local guide, seeing sights like the Doge's Palace and Villa Pisani before returning to London.
• Accommodation includes the Goring Hotel, the Venice Simplon-Orient-Express, and Hotel Cipriani.
• This trip departs on April 9, October 8, and October 22, 2011 with rates from $7,980 per person sharing, $10,420 single.

Venetian Painters is a six-day/five-night tour that explores the works of artists Giovanni Bellini, Titian, and Veronese.

• Begin with a tour of the permanent Venetian Masters at the National Gallery before flying to Venice.
• Feel the spirit of the Italian Renaissance by viewing the pieces in the buildings for which they were originally commissioned.
• Spend three full days exploring the Doge's Palace, lunching under a Tiepolo ceiling, and being shown the hidden shopping sites by the local guide before boarding the Venice Simplon-Orient-Express for a luxurious ride back to London.
• Accommodation includes the Goring Hotel, the Venice Simplon-Orient-Express, and Hotel Cipriani.
• This trip departs on April 30, 2011 with rates from $6,910 per person sharing, $8,670 single.

Also, within the UK, Orient-Express will offer two shorter tours between London and Bath. Collectors & Collections and Thomas Gainsborough are three-day/two-night journeys onboard the British Pullman:

• Start in London at the Goring Hotel with a tour of the National Gallery before boarding the umber-and-cream colored carriages of the British Pullman for the journey towards Bath.
• Holburne museum director Alexander Sturgis will guide guests on each tour through the private collection of Sir William Holburne.
• Collectors & Collecting showcases its selection of Renaissance bronzes and maiolica, Dutch golden age paintings, 18th-century British paintings, and more.
• Thomas Gainsborough delves into the work of the artist, undoubtedly the city's most important artist, who resided in Bath from 1758-1774.
• At the end of the day, sip champagne while journeying back to London and enjoying a three-course gourmet supper.
• Accommodation provided by the Goring Hotel in London.
• Collectors & Collections departs on June 28, 2011, and Thomas Gainsborough departs on October 11, 2011 with rates from $1,500 per person sharing, $570 single supplement.