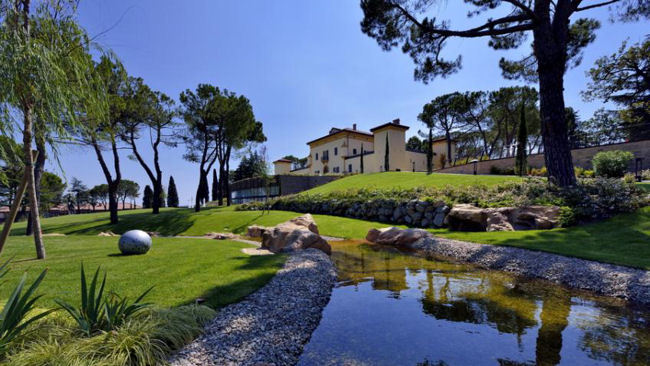 Palazzo di Varignana Resort & Spa is a converted 18th-century residence in Bologna featuring 90 rooms located on 75 acres of picturesque, manicured grounds and will once again host the Varignana Music Festival in conjunction with Fondazione Musica Insieme, July 8 – 16, 2016. Now in its third year, the festival offers an extraordinary line-up of internationally acclaimed artists performing against the resort's enchanting backdrop of the hills around Bologna followed by dinner at the resort's premier Il Palazzo Restaurant in the company of these visiting artists.

This year's performers include the Quartetto di Cremona, considered the heir to the legendary Quartetto Italiano; the famous Brazilian cellist Antonio Meneses; violinist and conductor Dmitry Sitkovetsky, has lead premier orchestras like the Berliner and New York Philharmonic; pianist Alexander Romanovsky, winner of the 2001 Busoni competition; Macedonian pianist Simon TrpÄeski, a regular guest of orchestras like the London Symphony and Los Angeles Philharmonic; and violinist Alissa Margulis, who has played with Bashmet, Kremer, Maisky and Martha Argerich. Additional performances include cellists Alban Gerhardt and Alexander Buzlov, both regular guests of the world's top orchestras, and pianist Philipp Kopachevsky, who has played under Spivakov, Pletnev and Vengerov. Special guest and well-known art historian, author and RAI TV presenter, Philippe Daverio, will also be in attendance.

The impressive line-up and original musical program leading to this year's event has definitely put the Varignana Music Festival on the European musical fest map.

Palazzo di Varignana is a stunning mix of old world charm and modern amenities, inviting guests to experience the resort's many offerings from a new labyrinth garden, restaurants featuring authentic, regional, farm-to-table fare, a luxury spa, with a new five bedroom villa debuting in June. Villa Amagioia will be located in the heart of the landscape garden nestled high on a hill for privacy and includes two floors with five bedrooms accommodating up to 10 guests. The Villa is ideal either for one or two families as it is composed of independent but interconnecting apartments with two separate entrances.