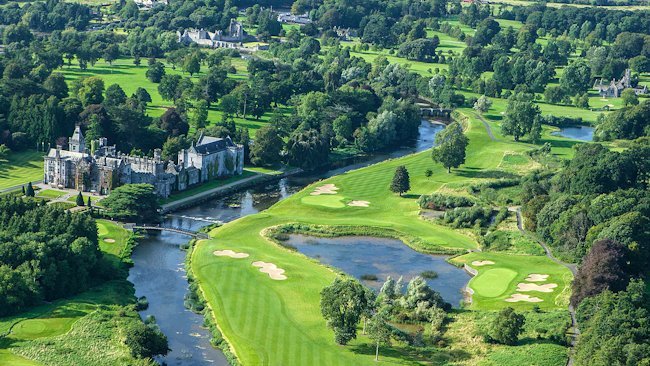 Links courses serve as the true “link” to how the game originated – the intersection of land and water tugging tight to the coastline – often with dunes land that ebbs and flows with specific holes appearing as if they were always located there. And one must never forget the vagaries of weather and wind because true links golf is a test of the man versus the elements.

Places such as Ballybunion, Lahinch, Portmarnock in Ireland and Royal County Down and Royal Portrush in Northern Ireland are icons of the game – far more than just 18 holes cut into the ground – they have demonstrated a timeless appeal -- truly invigorating and utterly rewarding.

Links golf provides a clear authenticity so I wondered how could my rapture for the truest of experiences be transported to parkland courses – the kind I routinely play in the States?

My most recent visit to Ireland came immediately after the conclusion of this year's Open Championship at Royal Liverpool in England. After spending a few days in the greater Dublin area I ventured onto the improved M7 and headed off to County Limerick for the Adare area. 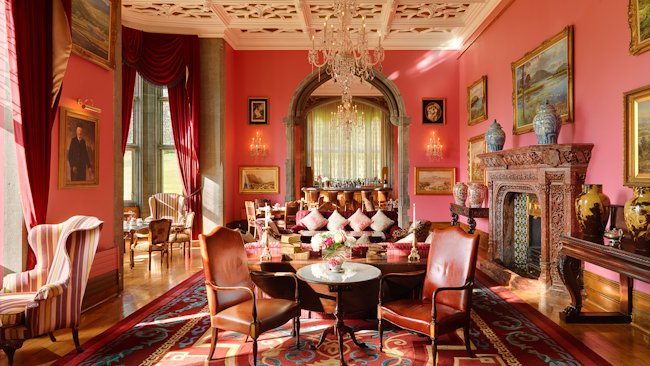 The splendor of Adare Manor is visually attractive and utterly stylish -- both inside and outside.

When you first come upon the stately entrance to Adare Manor -- there's a security gate to clear before you arrive on the massive grounds - the magnificent columns you pass provide a clear separation from the drumbeat of daily life. You don't see the Manor until you have driven down a winding entrance road which brings the gorgeous structure into full view. The original building dates back to a ground breaking in 1832 -- the project did not finish until 1862. The Dunraven family owned and lived at The Manor till its selling in 1982 to an investment consortium. In 1987 the Thomas F. Kane family of Palm Beach Gardens, FL, acquired the site and transformed the main building into an upscale lodging facility.

The Manor is truly an eyeful -- regal in its overall scale with a location worthy of the characters from Downton Abbey. Set on 840 acres of land there are formal gardens and a range of accommodations. The Manor provides 62 rooms in five different categories; 46 luxury villas; 13 two-bedroom and 4 garden townhouses and a Carriage House which provides ten bedrooms.

The golf course at Adare Manor was one of the last major design projects by the highly successful Robert Trent Jones. Sr. and hosted the 2007 & '08 Irish Opens. The property offers a fair degree of rolling land but is never excessive. The holes, with few exceptions, are isolated from one another which allows for a pleasant stroll while playing. Jones was nearing the end of his life and the point man for the Adare Manor design was his right hand design associate for many years Roger Rulewich.

Adare Manor can stretch to over 7,400 yards from the tips but the par-72 layout provides a range of tee boxes - a Jones staple he routinely included -- so playability is certainly present for those who opt for an appropriate challenge. The course is flanked by trees but there's sufficient room in most cases. Jones was known for building large greens with large flanking bunkers -- both present at Adare Manor. The course opened in 1995 -- with upgrades made in 2006. 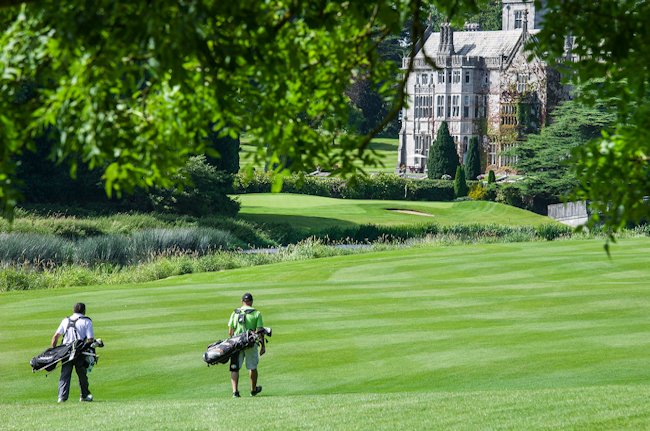 The par-5 18th at Adare Manor poses the ultimate in risk-and-reward choices.

Jones provides sufficient landing areas but the key to the course is getting to the right position affording the best angle into the green. The starting hole is a great example of this. The 1st bends ever so gently to the right. Depending on pin is location -- the best position in the fairway is opposite of the flagstick location. The green is positioned just behind a creek so getting off to a good start is a must. The Jones design philosophy was a simple one -- hard pars but easy bogeys.

An even better example is the uphill dog-leg right 5th hole -- listed at 412 yards but plays a good bit longer with the elevation change. Jones temps you to take far riskier playing line over the right fairway bunker. The best strategy is to play towards the safer left side. However, the uphill approach requires total commitment in selecting the right club and marrying the appropriate trajectory to deal with the elevation change from fairway to putting surface.

The front nine holes are more meadow-like than the final nine which meanders among wooded terrain.

The inward half of Adare Manor is a good mixture of long and short holes. In fact, the two par-3's on the closing nine require solid execution to score well. The 11th plays to a max of 230 yards and the approach must handle a narrow landing area in concert with a deep green -- push your approach a tad too far right and will finish in a creek that runs parallel to that side.

Just ahead at the par-3 16th you face a mesmerizing hole -- with The Manor behind you -- this shortish hole of 167-yards can wreak havoc as you play across the River Maigue -- anything not hit with purpose will make a swift donation to the Adare Manor general ball fund. The green angles from left to right and the when the pin is placed in the far right corner -- it takes a supremely well-executed approach to both stay dry and land quietly near the pin.

The closing hole is a heroic risk-and-reward hole -- a par-5 of 548 yards. The tee shot sets the stage - Playing as near to the left side as possible can provide the ultimate decision -- to go or not go for the green in two shots. The Maigue works its way throughout the hole -- those crossing the hazard and landing on the green in two will have a golden opportunity to close the round in grand style.

Adare Manor was in fine condition when I played the course and the design from Jones / Rulewich still delivers. Is the course among the top ten in all of Ireland / Northern Ireland. No, it is not. That's only because the courses ahead of it are superlative links courses -- several are among the finest golf courses in the world. As a parkland course Adare Manor provides a quality layout in a setting that is truly memorable. www.adaremanor.com. 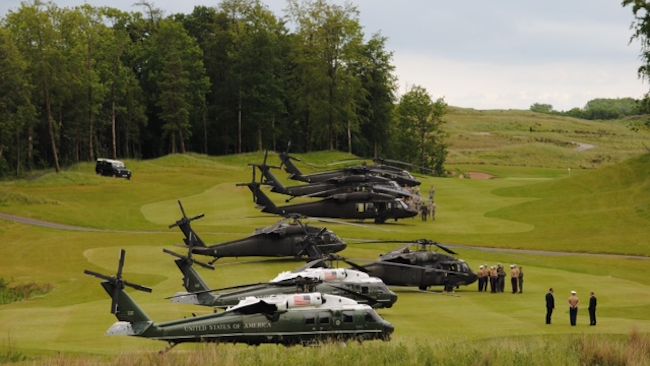 One of the virtues of Adare Manor is that it provides the ultimate launch pad to all other key locations, golf and otherwise, throughout Ireland's southwest. The Village of Adare is also worth taking in as it provides a slew of different antique shops, restaurants and communal hub.

Nearby to Adare Manor is another fine lodging location -- albeit in much more traditional setting and not as grandiose. Fitzgerald's Woodlands House Hotel is just minutes from the heart of Adare Village. The Hotel opened in 1983 and provides 89 bedrooms. When competing at Adare Manor the world's number one golfer at that time -- Tiger Woods -- paid multiple visits to Woodlands because of the caliber of their fitness center which is far more than just your basic workout equipment. For those seeking the ultimate in pampering be sure to visit the Revas Spa -- one of Ireland's best and provides total comfort, care and luxury. Opened in 2007, the spa provides the ultimate sanctuary -- allowing you to reconnect and rejoice in the total pampering and highest service imaginable. Amazingly, from the outside as you enter the reception area you are hard pressed to realize what awaits when staying there. www.woodlands-hotel.ie. 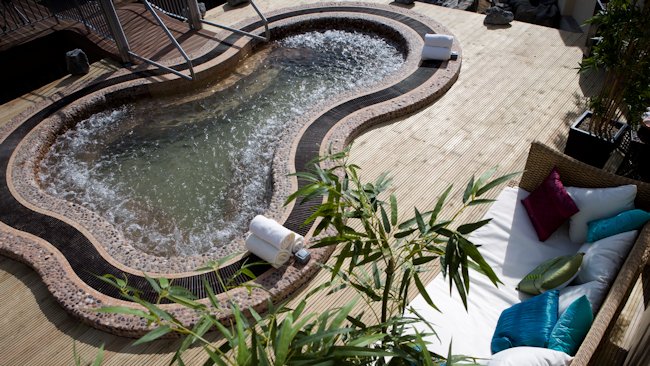 Hosting travelers is a tough assignment for lodging operators but when your visitors happen to be heads of State for various countries throughout the globe the stakes rise immeasurably. In June 2013 the 5-star resort Lough Erne -- located in County Fermanagh - became the 6th location in the United Kingdom, and the first in Northern Ireland, to host the G8 Conference meetings.

Lough Erne is an enchanting escape from the 24/7 pressures. The 600-acre peninsula is bracketed by water with Castle Hume Lough on one side and Lower Lough Erne on the other. There is also only two-lane roads from roughly 30 miles in whatever direction you arrive.

For the G8 conference the location proved ideal. Given the standards needed for such high profile leaders it's likely those same standards will do quite nicely for mere mortals as well. 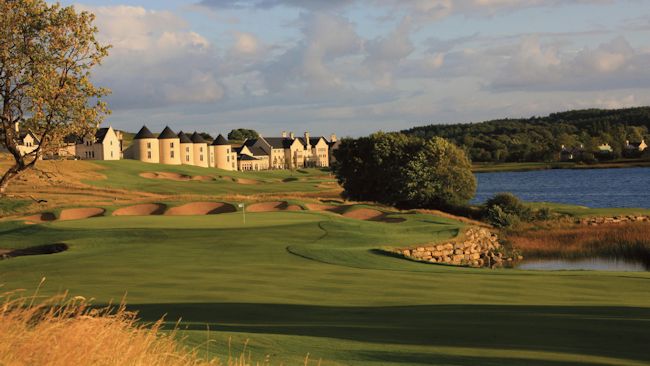 Lough Erne provides the ideal launch pad to other key destinations -- whether in Northern Ireland or Ireland itself. Getting to nearby stellar courses such as Port Stewart and Royal Portrush is roughly a two-hour drive north and top tier courses along and near the Atlantic such as Donegal, Rosses Point, Rosapenna and Ballyliffin are roughly 90 minutes or less away.

One of the more appealing elements at Lough Erne is the additional golf elements found there. There is a golf academy with a sufficient practice area to get ready for the 18 holes ahead.

The Championship Course at Lough Erne is the product of six-time major winner Nick Faldo and will serve as host of the Irish Open in 2017. How good is the 7,162 yard / Par-72 layout?

The first five holes are fairly ordinary with terrain sufficient for the purpose but not exactly causing the blood to pump with excitement. That changes dramatically with the par-5 6th as you climb a hill to the tee box and the view from that position really gets the golf motor running.

From that point on the Championship Course weaves through wooded alleyways with holes that both plunge and ascend the property. There's plenty of room off the tee but anyone seeking to make bold plays had best deliver first rate execution to pull off the reward sought. Faldo has not provided relief for foolhardy miscalculations.

The bunkers are also quite massive and placed in positions where careful avoidance can mean an ideal line of attack.

The finishing two holes at Lough Erne are also rather interesting. The short par-4 17th -- plays to a max of just 357 yards but water tugs the right side ever so closely. The opportunity for major reward is certainly there -- the key is executing the right shot in the right way. The ending hole is a long par-3 -- 228 yards with the same water hazard awaiting the pushed play from the tee. The green is massive and the hole can be stretched to nearly 250 yards -- often into the prevailing headwind.

Lough Erne provided top quality playing conditions and there are numerous tee locations so one can play and enjoy with the appropriate challenge. www.lougherneresort.com.

Parkland golf will likely never supplant the inherent qualities links golf provides. But it would be a major omission for any visitor to believe that only links golf can provide a stellar golf experience. The golf provided at Adare Manor and Lough Erne is certainly well worth adding to any visit to the Emerald Isle.
Like Us
Facebook
Follow Us
Twitter
Follow us
Instagram