PGA National Welcomes Golf’s Best (and you too!) 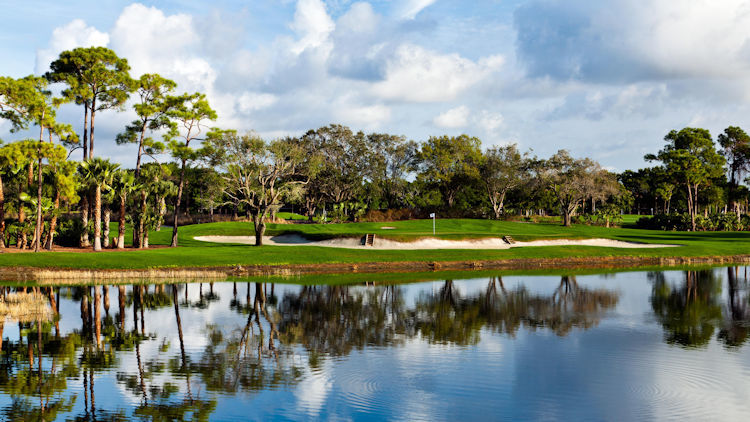 Few golf resorts in the U.S. could host a massive event as easily as PGA National Resort & Spa does annually for the Honda Classic – the first stop on the PGA TOUR’s “Florida Swing” held on its mighty Champion Course.

From Feb. 25 – March 3, the legendary South Florida destination welcomed a whopping 204,487 spectators in style over seven days of glorious weather for the second-highest total in the tournament’s history. With a dramatic birdie on the par-5 18th at the end of Sunday’s final round, Keith Mitchell captured his first win as he held off two of the biggest names in golf, Brooks Koepka and Rickie Fowler.

For both the hordes of fans seeing the event live as well as millions watching on television, it was the perfect showcase for one of the game’s premier destinations. For travelers wishing to emulate the enviable lifestyle of those globetrotting golfing greats, all one needs to do is enter the resort grounds in Palm Beach Gardens, check-in, and the rest is easy.

First off, as far as golf goes, few destinations have a pedigree as storied. The extensive resume of The Champion Course (which underwent a renovation in 2018 by Jack Nicklaus and his design company and re-opened to rave reviews last October) includes hosting the 1983 Ryder Cup, 1987 PGA Championship, and two decades of the Senior PGA Championship in addition to hosting the Honda since 2006.

The Champion is perhaps best known for its renowned “Bear Trap” – a series of three demanding holes (Nos. 15 – 17) many considered the toughest stretch in the game. The Champion is as “bucket list” as they come.

Guests can also take advantage of the transformed Palmer Course, originally designed by legendary Arnold Palmer, which reopened in late 2017 after undergoing a comprehensive renovation. A gem of a course is now even better and is the perfect complement to The Champion. As if that isn’t enough, PGA National has three more first-class layouts: The Fazio, The Squire, and The Estates.

How about fitness and wellness? Well, the resort’s world-class 33,000-square-foot Sports & Racquet Club features a wide array of activities and classes, including pickleball and tennis on the 18 Har-Tru tennis courts (11 lit for night play). Not to be missed is a visit to The Spa with its sleek tranquil furnishings, contemporary décor, steam rooms, saunas, indoor whirlpools and vast array of treatments that will leave you unknotted, relaxed and ready for your next round.

Are you a foodie? PGA National features exceptional dining options for all tastes including its chef-driven Ironwood Steak & Seafood restaurant and eight other on-site dining options. Be sure to have a drink in the cool lobby iBar where many of the PGA TOUR players hangout during the Honda week.

By the way, if you would like to take advantage of all of the above for a “golf buddy” adventure, PGA National features an array of stay-and-play packages that fit like a snug new golf glove. For those wanting to add The Champion Course to their resume, the Gold Golf Package is ideal with rates starting at $339 (per person, per night, double occupancy) through April 30, 2019.

My advice, get to PGA National as soon as you can and play where the pros play. For more information, visit www.pgaresort.com or call 800.863.2819.