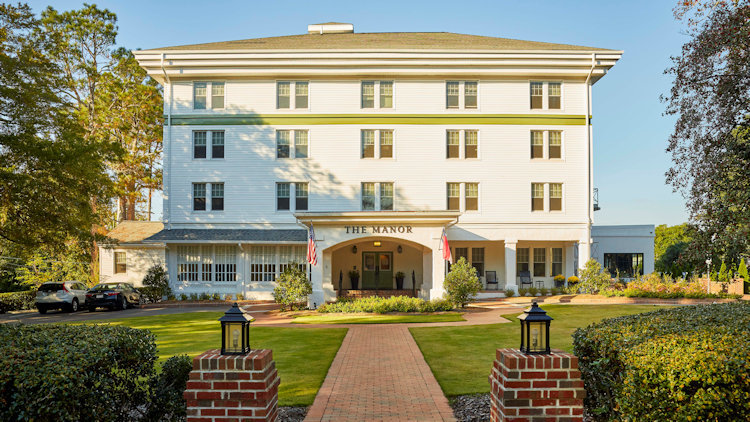 From restoring its famed No. 2 course in 2011, opening a pioneering short course in 2017, and completely reimagining its No. 4 Course in 2018, Pinehurst Resort’s golf experience has continued to evolve over the past decade. More quietly, “The Cradle of American Golf” has significantly upgraded its array of luxury accommodations, highlighted by renovations to two of its iconic hotels and the acquisition of a noteworthy boutique inn in the quaint Village of Pinehurst.

The phase one remake of the resort’s flagship property – The Carolina Hotel – is nearing completion. Updated guest rooms reopened following an expansive transformation blending modern luxuries with Pinehurst’s historic charm and comfort. The hotel’s popular coffee shop, which also sells assorted, fresh baked goods, is slated to reopen this fall (2022) to provide guests with an array of fresh brews and grab-and-go options. 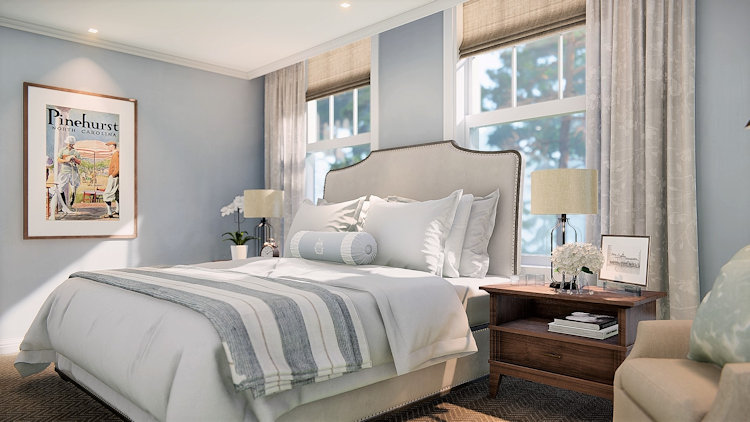 Improvements continue outside the hotel, none more evident than the Ryder Cup Terrace. For decades, Pinehurst’s guests have retreated to the sweeping veranda circling The Carolina Hotel, soaking in the sounds and pine-scented air that make the Sandhills of North Carolina so unique. Steps from the veranda and adjacent to the Ryder Cup Lounge, the Ryder Cup Terrace will feature cozy fire pits and soft seating, making it the perfect setting to begin an evening with a pre-dinner cocktail or to wind down after a round. 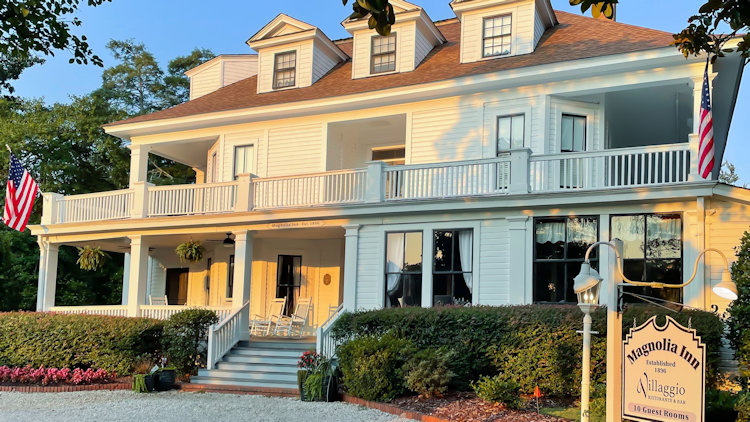 In the fall of 2021, the resort acquired one of the Village of Pinehurst’s most history-laden hotels, The Magnolia Inn, along with its award-winning Villaggio Ristorante & Bar. The Magnolia has served as the gateway to the Village since it opened in 1896, less than a year after Pinehurst was founded. It is the second-oldest hotel in the Village behind the resort’s Holly Inn, which opened its doors on New Year’s Eve in 1895.

And as 2019 drew to a close, Pinehurst Resort unveiled the reimagined Manor Inn. First opened in 1923 and acquired in 1990 by the resort, the Manor was a favorite of Arnold Palmer and his father Deacon, who visited the area for various tournaments. Legend holds that the Palmers relished the Manor’s off-the-beaten-path location (a short stroll from The Carolina) and the cozy enclaves of its inviting lobby.

Now, the centerpiece of lobby is the new North & South Bar. Featuring a vast selection of fine whiskey and craft beers from Pinehurst Brewing Co. next door, the bar is adorned with vintage advertising and photos paying homage to the historic North & South Amateur Championship, played at Pinehurst since 1901. The bar’s signature element is the dramatic ceiling, with an illustration of the original routing of Donald Ross’ first four courses at Pinehurst.

And it’s not just the interior of the renovated Manor Inn – or a smooth pour of whiskey – that leaves guests feeling warm and fuzzy. A new patio outside the North & South Bar features three firepits, seating for 20 and a soothing water feature (a full day of golf can be a strenuous endeavor).

Sipping a single malt Scotch or fresh IPA on the patio, the view is slightly downhill to Pinehurst Brewing Company below. Opened in 2018 and also owned by the resort, “PBC” quickly emerged as the Village of Pinehurst’s most popular gathering spot. Housed in the old steam plant building, it serves up award-winning brews, barbeque smoked onsite and handcrafted pizzas.

Pinehurst Resort will host the 2024 U.S. Open on its No. 2 Course as part of a multi-decade partnership with the USGA that made it the major championship’s first “Anchor Site.” Leading up to the event, both golfers and non-golfers have plenty of lodging options to choose from when planning their getaway to the North Carolina Sandhills.