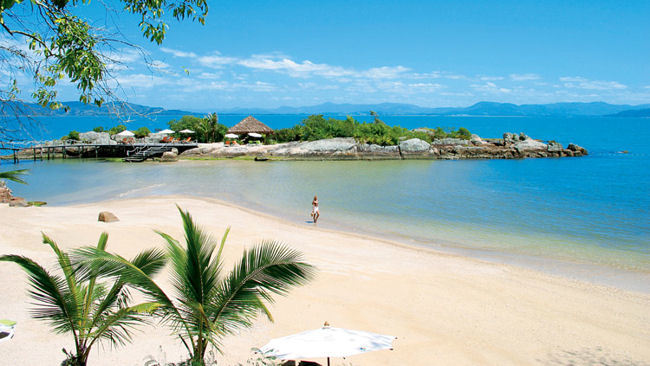 Ponta dos Ganchos, one of the most exclusive beach resorts in Brazil, is offering a World Cup experience unique to others in the tournament’s host country. For four weeks from June 12 to July 13, 2014, Brazil will welcome soccer fans from all over the world while guests of Ponta dos Ganchos retreat from the crowds to the secluded luxury of this chic beachside hideaway.

The antidote destination to World Cup chaos, Ponta dos Ganchos’ 25 ocean-facing villas invite guests to swap stadium views for sea scenes. The resort is nestled amongst lush vegetation where the thrum of the sea and sounds of bossa nova music soothe visitors seeking a reprieve from the rest of the country’s World Cup buzz. Located in the oyster capital of Brazil, Ponta dos Ganchos’ live open-air seafood grill, 10-course breakfasts, and cachaça tastings will up the ante on stadium food in an otherworldly paradise.

For those seeking to be as physically distant from the games as possible, Ponta dos Ganchos features three private massage tents at the end of the peninsula. One couple each night intent on lavishing in the tranquil serenity of the resort may reserve a private island for dinner, accessible only by candlelit bridge.

Guests wishing to enjoy a stylish game of their own may get their adrenaline flowing at the state-of-the-art fitness center, on the oceanfront clay tennis court, in the games and billiards room, or on a run through the untouched nature surrounding the resort.

For visitors seeking pre or post World Cup relaxation, Ponta dos Ganchos is located close to Florianopolis, a reasonable distance from both the Curitiba stadium and the Porto Alegre stadium. Direct flights from other World Cup cities include São Paulo, Rio de Janeiro and Brasilia. Of course, there is also the option of watching the world battle for the cup from the luxurious comfort of the renovated Cinema.