Portobay Flores is the New 5-Star Hotel in Porto 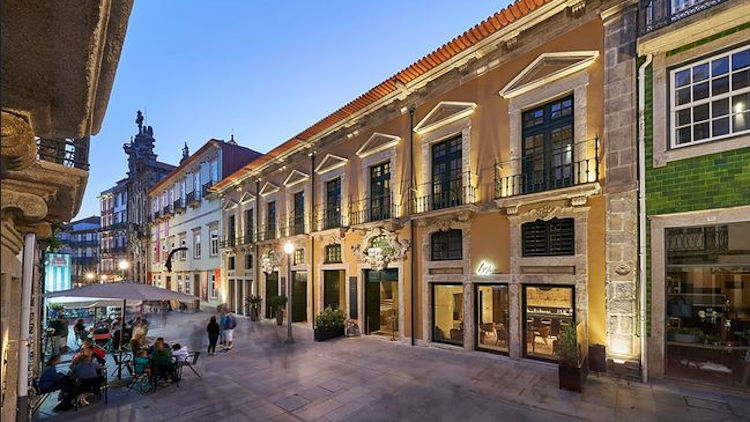 It has 66 rooms, spa and indoor pool, gym, restaurant, bar with street terrace, garden courtyard, rooms with view over the city and a meeting space. This is the group's second hotel in Porto, following the acquisition of the 4-star Hotel Teatro, now the PortoBay Hotel Teatro, in December last year.

“The PortoBay Flores hotel follows the PortoBay group's interest in having a presence in Portugal’s major cities, with a wide range in the 5- and 4-star segment”, explains António Trindade, President and CEO of the group, adding that “this hotel meets our desire for hotel product diversification, as we look for buildings with unique characteristics and the best possible location.” “In this way, our new hotel fulfils our goals in terms of urban reality in Portugal, and reproduces our facilities in Lisbon, with the PortoBay Liberdade and PortoBay Marquês”, he adds.

The new five-star hotel in Porto is a fusion of classic and contemporary, combining a 16th century mansion and a hotel built from scratch.

The challenge for architect Samuel Torres de Carvalho was to preserve and integrate the original elements of the 500-year-old small palace’s layout to retain its identity, uniting the historic wing with the new building. The façade retains the large wooden doors, the large windows surmounted by triangular pediments, wrought iron balconies and stonework emblazoned with a 16th century coat of arms.

Inside, the old stables have made way for the hotel entrance. The floor and imposing staircase have been restored and the original granite slabs remain. Other elements of the period include the beautiful tiles, windows, original stone decorative motifs and an old kitchen oven that provides a link from the mansion building to the hotel's new wing.

Between the new wing and the small palace there is a large courtyard paved with granite slabs, containing one of Porto’s many secrets, a small baroque chapel dating back to the period when the property was renovated in the mid-eighteenth century. It was designed by Italian artist Nicolau Nasoni, responsible for several of the iconic buildings in the city of Porto, including the Clérigos Tower and the Misericórdia Church, right next to the PortoBay Flores hotel.

The hotel has 55 rooms in the new building and 11 in the old mansion. There are seven room types available for different experiences, offering spacious beds (most two meters wide), and all the amenities, which guarantees the concept of comfort that characterizes the PortoBay brand. From the upper floors, the large windows and balconies reveal what perhaps best characterizes the city: a fantastic view of the restored houses, including Porto Cathedral, which extends down to the Douro River.

The Bistrô Flores restaurant offers the city the concept of bistronomy, with the main halls of the mansion giving it a unique atmosphere. Under the guiding hand of Chef Nuno Miguel, the cuisine combines the authenticity of a bistro with touches of haute cuisine, quality produce, Portuguese flavors and simplified service.

At the hotel entrance, the Bar dos Maias offers drinks and light meals throughout the day. With a terrace and direct access to Rua das Flores, this cocktail bar enables you to experience the pedestrianized street atmosphere of Porto's historic centre. The name pays tribute to the Maia family, the last to inhabit this mansion.

The Mandalay Spa at the PortoBay Flores Hotel offers three treatment rooms, sauna, hammam and gym. The relaxation area connects to the heated indoor pool with its natural light. The therapies come from South-east Asia and are based on Indian and Thai medicine.