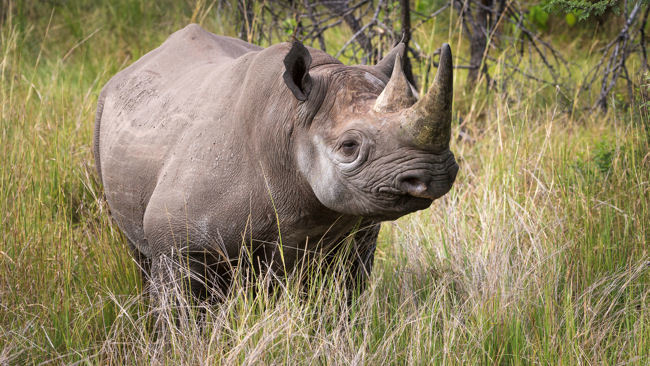 During his time in Botswana, Prince Harry joined, Wilderness Safaris Botswana Environmental Manager and Botswana's National Rhino Coordinator, Map Ives, and Wilderness Safaris Conservation Manager, Kai Collins, to actively participate in the Rhino Conservation Botswana program. The team spent a few days tracking rhino to ensure that they were safe and in good condition, and fit state-of-the-art tracking devices on several rhino to ensure intensive monitoring and security measures can be carried out.

"It is this ongoing monitoring and security of what is now a rhino population of continental significance that is crucial to ensure that Botswana remains a safe haven for these incredible and highly threatened species, which are being pushed towards extinction by the illegal trade in rhino horn. We are extremely grateful for Prince Harry's support and efforts to raise awareness about the plight of rhino and for his passion to protect Africa's natural heritage," says Collins.

On his Instagram account, Prince Harry wrote: "Trying to stop a three-ton rhino with a rope and a blindfold isn't easy! Especially in this harsh terrain in Botswana. Map Ives and Kai Collins, with the help of Botswana Defense Force and the government, are doing everything they can to protect their newly reintroduced rhino population." Prince Harry also posted the following short video clip.

The Botswana Rhino Project, operating as part of the independent trust Rhino Conservation Botswana, was initiated by Wilderness Safaris in 1999 in close collaboration with the Government of Botswana. Since the project's first reintroductions of both white and black rhino into the Okavango Delta in October 2001 and November 2003 respectively, populations of both species have grown and the country has proven its credentials in being able to provide a safe range for these charismatic and dramatically threatened species.

Over the past 12 months, Wilderness Safaris and Rhino Conservation Botswana have moved no less than 1% of the total global population of critically endangered black rhino into a safe haven in Botswana's Okavango Delta. This is the latest phase in a collaborative project that spans over 15 years and has grown to become one of the most important rhino translocations ever undertaken in the history of conservation.

Once released into the wild, the rhino are constantly monitored by Wilderness Safaris Rhino Monitoring Officers, the Botswana Defense Force, the Department of Wildlife and National Parks' specialized Anti-Poaching Unit and officers of Rhino Conservation Botswana, in order to ensure that they are not exposed to any potential threats.

According to Ives, however, "the hard work has just begun. If things go on as they are, rhinos will be extinct by 2024. International support and funding is crucial to ensure that we can continue to help make sure that this never happens. Knowing that we are dealing with living animals that are so rare and precious and which have been entrusted to us creates a sense of stress and urgency in each person, and yet brings about great satisfaction knowing that what you are doing is important for the species itself, as well as humankind."